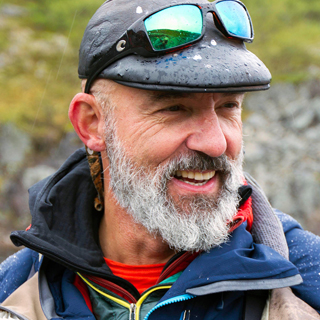 Knivsta, Sweden
Mikael has devoted his whole life to the art of Atlantic salmon fishing. For the last 35 years, he has traveled the world as a salmon fishing professional, working as a fly tier and guide, giving speeches, coaching anglers of all levels, and running “Master Class” weeks in many countries. Mikael has fished most of the world’s important salmon rivers across all continents, and with over 6,000 fishing days to his credit he can certainly claim that he’s “done it more than most.” Putting his creativity to use, he has greatly contributed to what is now known as the Scandinavian style of fly tying and fishing. His commitment to conservation runs deep as evidenced by his guiding philosophy: “Any wild fish is worth more than a million hatched—any ecosystem is worth more than all money there is!”