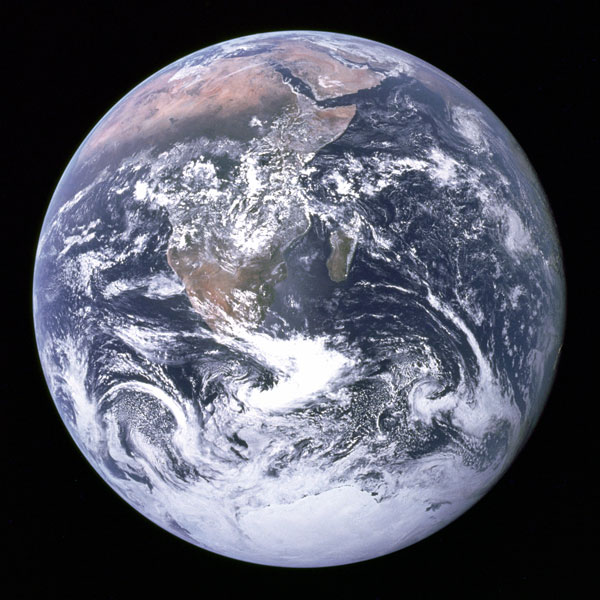 Thank you for all you do on behalf of our beautiful home. Smell the flowers, hug a tree, thank a bee and enjoy this special Earth Day episode of the Risky Biscuit Hayseed Hoot.

Listen to "Songs and tunes for the Earth, about the Earth and forearthlings"

[Photo: Apollo 17 Crew & NASA. With thanks to Dondo and Astronomy Picture of the Day.]