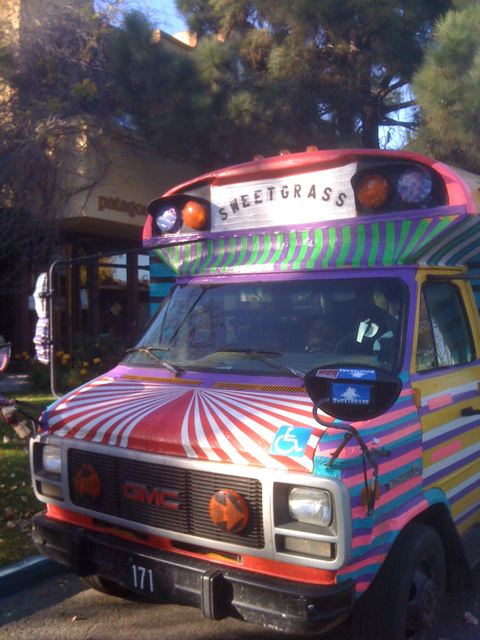 We don’t keep a formal visitor log here at Patagonia headquarters in Ventura; we don’t keep a formal anything. But we do see a steady stream of students interested in sustainable business practices, journalists who come to cover various aspects of the company, environmentalists promoting their issues, and athletes visiting friends and giving their input on our technical clothing and gear designs.

Above: A couple of guys from Sweetgrass Productions dropped by in early December to promote “Signatures,” their new backcountry ski film. Photo: Jim Little

In recent months, we’ve also seen visitors from Wal-Mart intent on greening their company. We got a drive by from Tesla Motors, complete with test rides in their new fully electric roadster. And just the other day we were treated to a beer tasting by one of our corporate customers and favorite brewers, Dogfish Head Craft Brewed Ales. 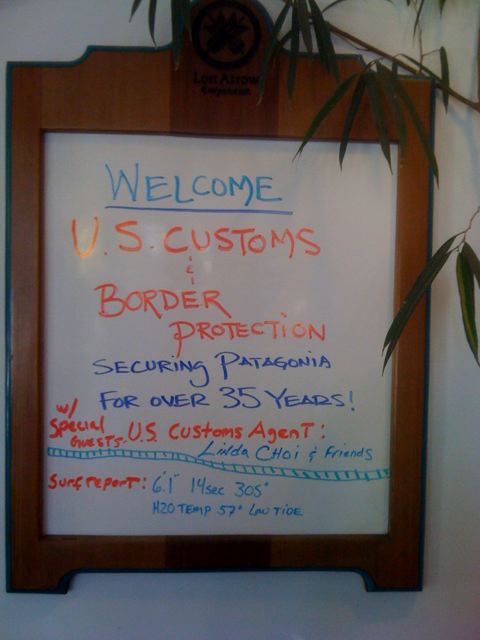 Over the years, we’ve received visits from many amazing people from all walks of life who’ve come to Patagonia for lots of different reasons. We’ve seen and heard authors, activists, athletes, scientists, politicos, and futurists, among others. Below you’ll find the names of some of the people we’ve been fortunate to spend time with – some we invited, some who just dropped by to say hello.

See all stories from Jim Little