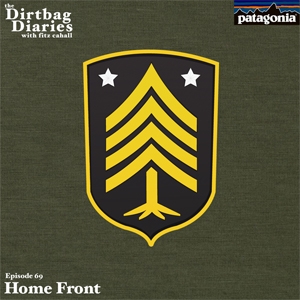 There’s a story that you may have heard kicked around in the newspapers and nightly news for the last few months. It’s as unsettling as it is tragic. The rate of suicide among active military personnel, reservists, and veterans has increased to nearly 22 suicides a day. 22 every day, even as more resources are being allocated to prevent it – and finding a solution is likely as complicated as understanding why.

Veterans Stacy Bare and Nick Watson know the struggles that service members face as they readjust to civilian life. Addiction. Depression. An overwhelming feeling of being out of place. But over time, both found a place in the outdoors and the surrounding community to recreate what they missed from the military, and to feel like they had really come home. And they didn’t stop there – they became determined to find a way to make that transition easier for other veterans too. Today, we bring you their stories and the story of how these two veterans are creating a community for other veterans on the home front.

Warning: This episode does contain graphic descriptions of violence and adult language.

Editor’s note: If you enjoyed this episode, check out “A Lifeline Home” from 2007.

The Dirtbag Diaries is a production of Duct Tape Then Beer. Visit dirtbagdiaries.com for links to past episodes and to pledge your support. You can subscribe to the podcast via iTunes, RSS, SoundCloud and Stitcher, or connect with the Dirtbag Diaries community on Facebook and Twitter.