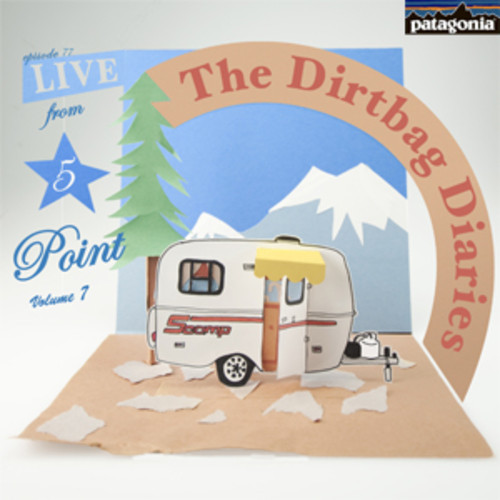 A month ago, we headed south for our annual pilgrimage to the 5Point Film Festival and our live Dirtbag Diaries. Today, we share stories from two women, from two different generations who share a love for rivers. In 2013, Amber Valenti had the opportunity to paddle one of the last great free-flowing rivers in the world—The Amur River. Amber, along with three other women paddlers, documented the river from its remote headwaters in Mongolia to the wide-ribboned channels in Russia. Amber wrote and produced the film, Nobody’s River, filled with hilarious antics and the soulful exploration of a new place and oneself.

Our next guest, Katie Lee (featured in DamNation), was a force to have on stage. Feisty, poignant and ready to tell you what she thinks—Katie is not your typical nonagenarian. Katie started her career as an actress in Hollywood, but soon left it behind after taking her first trip down the Grand Canyon. But it was Glen Canyon that she fell in love with. When it was flooded in 1963, Katie used her voice to write songs and books about the river and the west. And she’s still using her voice as an activist for the environment.

Listen to “Live From 5Point, Vol. 7” by The Dirtbag Diaries on Soundcloud.

Visit dirtbagdiaries.com for links to past episodes, featured music and to pledge your support. You can subscribe to the podcast via iTunes, RSS, SoundCloud and Stitcher, or connect with the Dirtbag Diaries community on Facebook and Twitter. The Dirtbag Diaries is a Duct Tape Then Beer production.