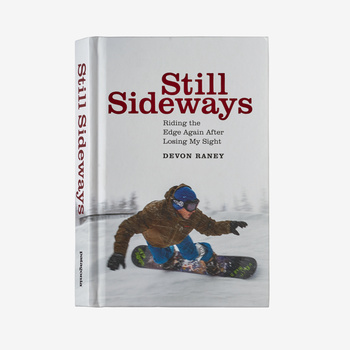 Facing the devastating loss of all but 15% of his sight, instead of retreating into a life made smaller by the things he could no longer do, Devon Raney reaffirmed his commitment to the passions that define and sustain him. This is the story of Devon’s resolve to go against the grain—sideways.

Note
Purchase an eBook for Kindle, Nook, iPad and most other devices for $14.95. Note: gift cards are not valid for eBooks.
Still Sideways is also available as an audio book wherever audiobooks are sold.

5.0/5
Based on 4 Reviews
Size & Fit
of reviewers
Activities
Popular among reviewers