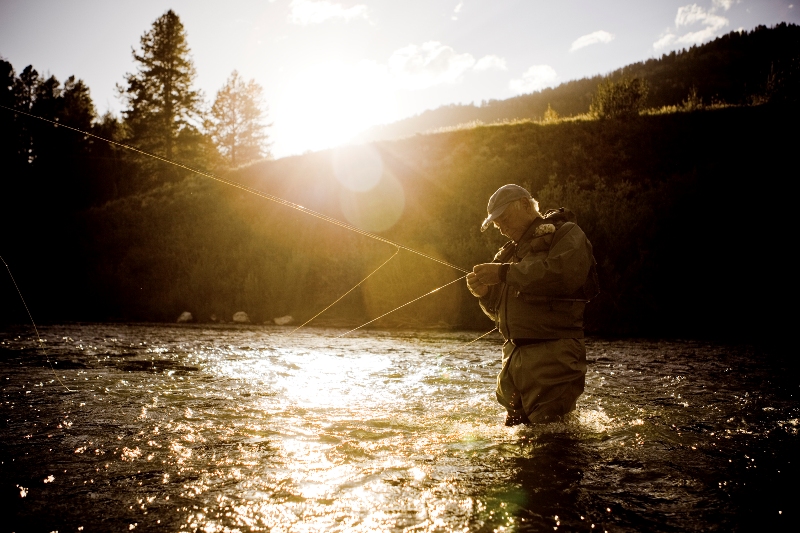 Patagonia Fly Fishing Ambassador, Dylan Tomine, brings us today’s post – an update on the current state of the seafood industry as seen from a seat at the 9th Annual Seafood Summit in Vancouver. He attended this year’s Seafood Summit, along with Yvon Chouinard, who provided the gathering’s keynote address. Here are Dylan’s observations from the gathering:

I took some time off from winter fishing, wood cutting and book work to attend the 2011 Seafood Summit, an annual gathering of fish industry people, conservation NGOs, scientists and journalists from around the world.

The Summit is remarkable in that long-time adversaries are willing to spend the time and money to talk about how we might make the seafood industry more sustainable. What was once a small get-together of conservation orgs is now sponsored by High Liner Foods, one of the largest seafood processors in North America. Hats off to the folks at SeaWeb, who organize and host the event, for bringing everyone together. Here are a few observations from Vancouver:

Please pass the melatonin. There was our own YC, giving organizers sleepless nights ahead of his keynote speech, in which he called out all non-selective, mixed-stock commercial fisheries, saying it’s impossible to know whether a particular salmon, harvested on the high seas (where many stocks of salmon mix), might be the last remnant of an endangered run. He then challenged everyone present—from fish catchers to processors to end users—to understand where each fish they deal with comes from. Not just the location it was caught, but where it was born and bred, and which stock it might belong to. Plenty of nervous sighs and uneasy paper shuffling from the packed house. The woman seated next to me actually looked like she was going to throw up. Maybe she just got a bad shrimp at breakfast?

But, citing Patagonia’s experience with the cotton industry, Chouinard also talked about market-based solutions that work with harmful industries to force improvement from within. Still more grumbling, but it set a tone that made for lively discussion throughout the week. There seems to be strong agreement among many of the conservation NGOs I spoke with that the kind of market-based solutions Chouinard is promoting are by far the most effective way to create positive change. Certainly something to be hopeful about.

You’re kidding, right? At a panel discussion of journalists, I was amazed to see a representative from a large salmon farming company and another from the Asian shrimp farming industry stepping to the microphone to ask why they were being “singled out” for negative coverage by the media. I had to restrain myself from responding with what surely would have been unproductive sarcasm.

Swing away. I watched Canadian salmon advocate, Aaron Hill, holding the Marine Stewardship Council’s feet to the fire for certifying the Alaska salmon industry before they’ve met all the requirements, and doing the same for Fraser River sockeye after several years of disastrously low returns. That he was sitting next to an MSC official at the time did not deter him from swinging a righteous hammer.

Smelt night? Then there was the panel of prominent chefs, searching for ways to serve more sustainable seafood while keeping their customers happy and businesses thriving. It’s not easy with diners clamoring for large, “steakable” species like salmon, tuna, swordfish and sea bass. But it’s also clear that chefs are now public opinion leaders, and as such, will play an important role in shifting our tastes toward more sustainable seafood. Jellyfish anyone? That’s what Robert Clark of Vancouver’s C Restaurant is serving these days . . .

Overall, it was an eye-opening experience, especially for someone who looks at both the catching and eating of fish as pure recreation. I’m not sure how much actual progress gets made at conferences like this, but the simple fact that everyone’s in one place, meeting and talking face-to-face, provides at least a little hope for the future. It also occurs to me that this discussion is relevant far beyond the professional seafood people, or even those of us who have a personal interest in the well-being of fish. Ultimately, it will be up to all of us who buy and consume seafood, collectively, to have the final say on how our waters are harvested. Eat well.

Dylan Tomine is a Patagonia ambassador, fisherman, producer of the film Artifishal, and author of Closer to the Ground: An Outdoor Family’s Year on the Water, in the Woods and at the Table. He lives with his kids and their furry, four-legged buddy Halo on an island in Puget Sound.