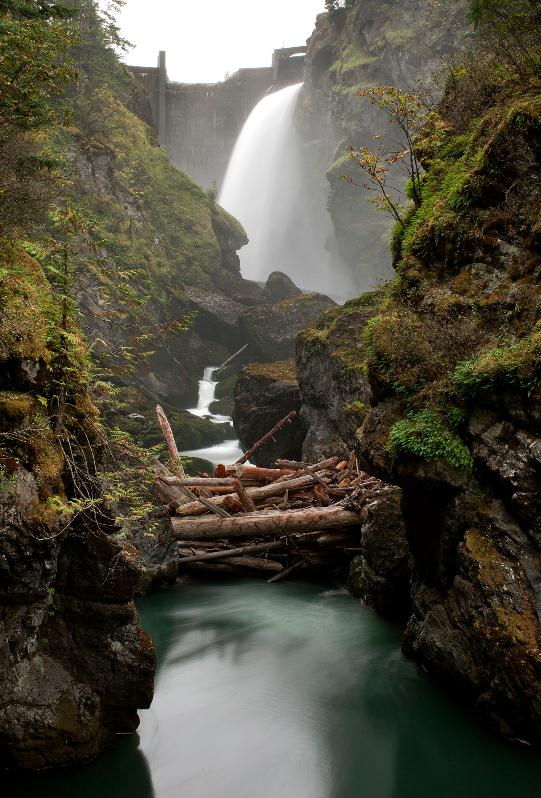 In September of 2011, machines began chipping away at the Elwha Dam in Washington’s lush Olympic Peninsula, kicking off the largest dam-removal project in United States history.

The dam has since been completely removed from the section of the Elwha River it had occupied since 1913. Another dam upstream, the Glines Canyon Dam, located in Olympic National Park, is partially dismantled and expected to be a thing of the past by early next summer, freeing the river for the first time in 100 years.

The landmark project is the culmination of a costly, multi-year river-recovery effort put together by the Lower Elwha Klallam Tribe and a coalition of state and federal entities. The idea is to reconnect a severed river, one in which the hundreds of thousands of adult salmon that used to spawn each year have dwindled to a few thousand.

But while it represents an impressive set of partnerships and a noble cause, it is also a grand experiment. Dam removal of this scale has never been done in the U.S. And with a staggering 24 million cubic yards of sediment being released into the river, there were some doubts about the project’s success.

So far, though, it’s been a promising story of recovery.

Within weeks of the Elwha coming down, fish were observed moving beyond the site of the former dam. Recolonizing adult coho salmon and wild winter steelhead reached well beyond within seven months. And in August, adult chinook salmon were seen in the park — the first observed salmon to naturally migrate into the watershed.

“So far it’s been good,” George Pess, a scientist with NOAA’s Northwest Fisheries Science Center who has been working on the Elwha for years, said this fall. “I think things have worked out pretty well. The fish have responded favorably.”

Biologists this winter have been keeping a close eye on the coho and chum salmon expected to migrate upstream to spawn during the fish window of November and December. Although turbidity is high in the river — due in part to increased rainfall — up to 5,000 coho and chum could make their way upstream, according to the Park Service.

Meanwhile, the high stream-flow and heavy turbidity have been transporting a great deal of sediment down the river, which is causing dramatic changes as it fills in pools, creates new beaches and reshapes the river.

Recovery isn’t limited to the river channel. Biologists have been replanting a forest of new vegetation along the banks of the river and at the sites of the two reservoirs that once sat above the dams. And the transportation of nutrients that salmon bring to an ecosystem has begun. 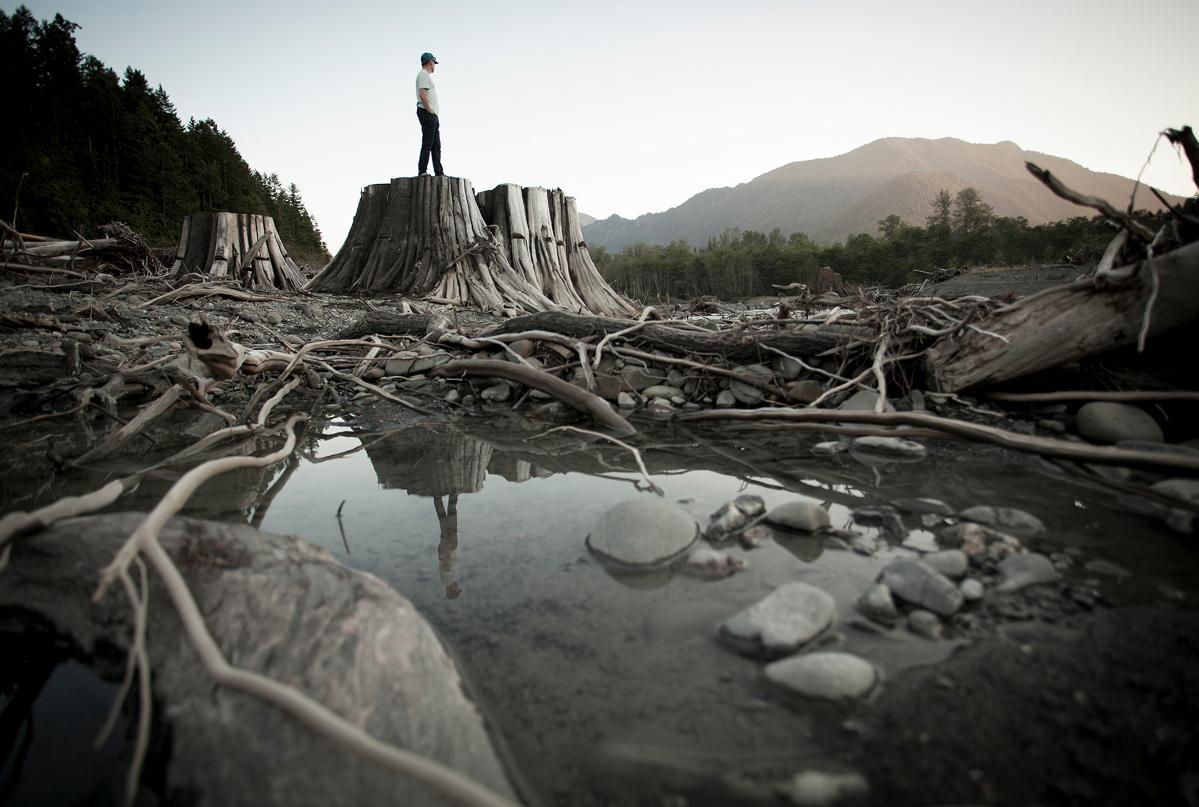 Another noteworthy piece of the project, said Barb Maynes, a public affairs officer for Olympic National Park, is cultural recovery. In August, members of the Lower Elwha Klallam Tribe gathered at their people’s sacred creation site — long buried by the waters of one of the reservoirs — for the first time in 100 years.

“I think it’s really just an incredibly interesting laboratory to see how nature responds to this kind of thing,” Tomine said.

Right now, Tomine said, the Elwha’s not the prettiest place in the world. The water is loaded with sediment and what once were reservoirs are now dry lakebeds.

“But it’s been very encouraging,” he added. “To be able to see the river carving its own path again, without sounding too sappy, it’s a pretty moving thing.”

The only fly in the ointment for Tomine is the presence of a hatchery on the river; he would rather see fish returning naturally. But overall, he says it holds a great deal of promise, demonstrating what can happen if people are committed enough to a cause.

“The fact that we seem to be in an age of actually removing dams is pretty amazing,” Tomine said.

Workers are removing the Glines Canyon Dam gradually to allow the river to flush out sediment over time. Downward notching is on hold until January for the winter fish window.

Before the dams were built — the Elwha in 1913, and the Glines Canyon in 1927 — an estimated 400,000 adult salmon swam up the Elwha River each year to spawn, including monster Chinook that weighed up to 100 pounds. Steelhead and trout populations were also robust.

Annual salmon populations have dwindled to just a few thousand, but the Park Service is hoping their numbers return to historic proportions in the coming decades.

“I think we’re going to see the project being completed and the river returning to its natural state. It’s really an example of people working together and really sticking to it,” he said.