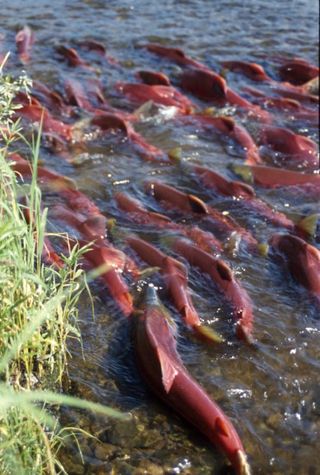 We have advocated for over 10 years that the best way to achieve this second goal is by removing the four lower Snake River dams and allowing the salmon and steelhead a fighting chance to finish their upstream journey of many miles (as long as 900) home to spawn. Removing these dams would be the largest river restoration in our nation’s history and would be an inspiration for the rest of the country to take the initiative to build a healthy future not just for salmon and rivers in the Northwest, but for other endangered wildlife and waterways across the U.S.

With the recent federal court ruling on the latest Obama administration's salmon plan, we asked Steven Hawley, journalist, author (Recovering a Lost River), salmon expert and self- proclaimed river rat for his take on the federal court decision. Here’s Steven, with a fish story that’s about a lot more than fish:

Summer evenings, the U.S. Bureau of Reclamation sponsors a laser light show at Grand Coulee Dam. It’s projected onto the dam’s mile-wide face. The show features a freakish bright red dancing cartoon salmon. The cartoon salmon celebrates the abundance of real salmon the Columbia once produced. But he’s dancing on a tomb. No real salmon have swam above Grand Coulee for 70 years. The dam killed all those magnificent fish. They are as extinct as the dinosaurs. As anyone who knows the river’s history can tell, the reality behind the concrete curtain is that a few people got rich killing the river, are getting richer off the projected illusion of “recovery” of its salmon, and are putting on a fake show for the rest of us to celebrate the accomplishment. But on August 2, 2011, federal judge James Redden pulled back the curtain on this freak show—far enough, maybe, to shine some light on the self-appointed cave trolls and wizards that hide there.

Redden ruled that the latest plan to recover salmon in the Columbia River is illegal. In doing so, the court leaves open the possibility that one day soon, the river may run much more like its former free-flowing self, and mad, real salmon will replace the laser cartoon.

The key sentence in Redden’s 28 page decision is this: “No later than January 1,2014, NOAA Fisheries shall produce a new biological opinion that . . . considers whether more aggressive action, such as dam removal and/or additional flow augmentation and reservoir modifications are necessary to avoid jeopardy.” In other words, NOAA and the rest of the feds have to come up with a plan that actually works.

A quick review: The Pacific Northwest’s Columbia River was once the premier salmon river on the planet, kicking out more chinook than any of the great rivers of Alaska. Logging, mining, farming, and urban development administered a vicious fish beating, but only dams have ushered salmon to the edge of extinction. Every year, federal dams kill half the salmon in the river. 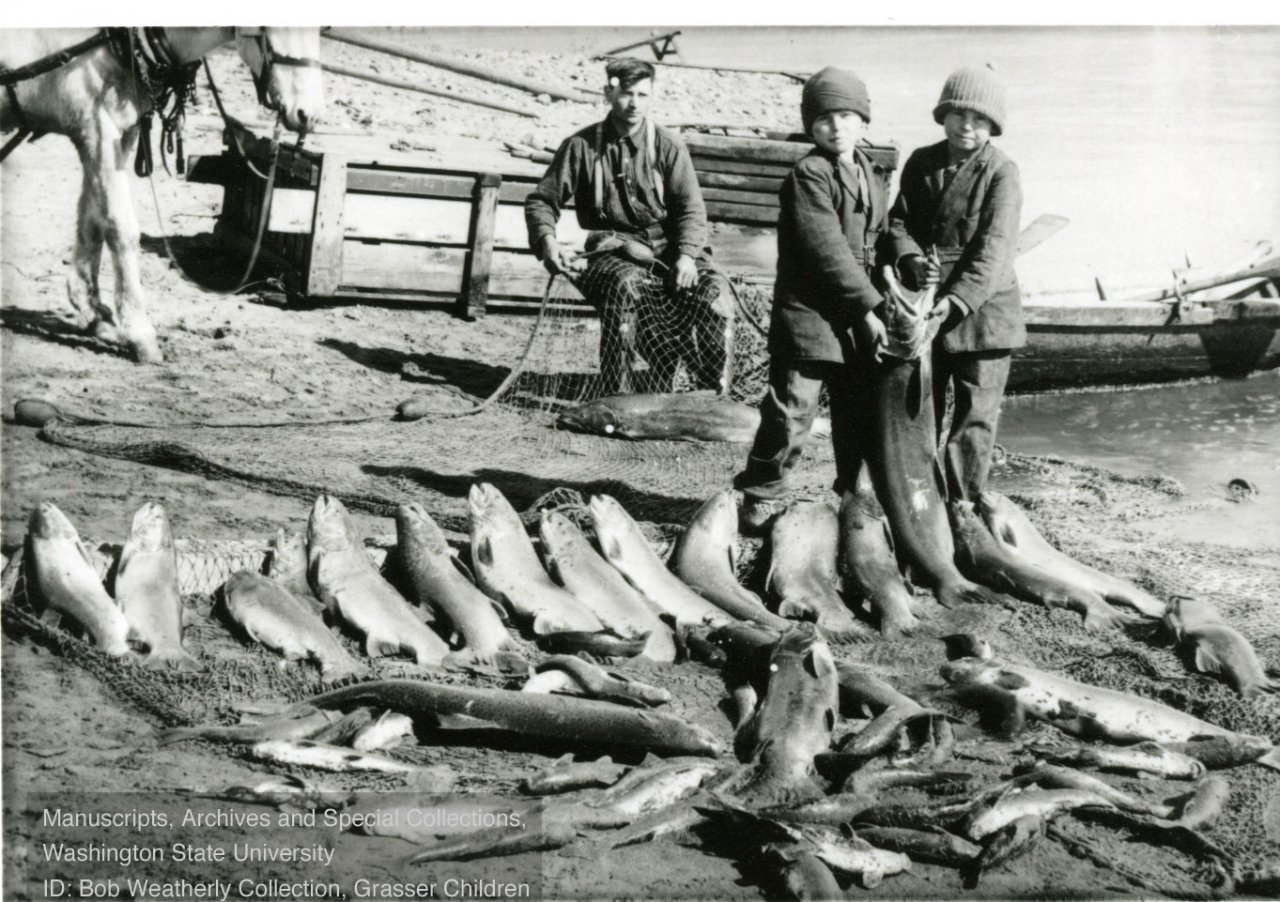 [Children with the family's latest catch, from a special gallery depicting the quality of life along the lower Snake River prior to dam constuction. Photo courtesy of the Bob Weatherly Collection of Washington State University Library Archives and Special Collections in Pullman Washington.]

For reasons that have more to do with the worst kind of politics than the best science, salmon recovery has been a colossal flop. What federal agencies proudly bill as the most expensive species restoration project in history has done too little to save any fish, and much to preserve the status-quo interests of politicians, irrigators, utilities and power-hungry corporations. What’s happening on Columbia isn’t a “tragedy of the commons,” the facile parable about the inadequacy of enlightened self-interest in managing resources held in public trust. It’s a theft in progress: the grandest larceny, committed on a scale only possible when corporations and government decide to join forces.

At least three federal laws, several treaties, and clear directives from U.S. courts mandate salmon runs be maintained and restored. Despite brazen claims to the contrary, these laws are being badly bent, if not broken outright. Without much in the way of support from lawmakers or agency administrators to fight against the illusion of salmon recovery, environmental groups did what any advocacy outfit worth its salt will do: they sued. The result was the longest running and most expensive Endangered Species Act case in U.S. history. And as of August 2, a clear victory. Redden’s order tacitly acknowledges that the last best hope for the Columbia Basin lies in its largest tributary, the Snake: 3.3 million acres of salmon sanctuary, protected as federal wilderness specifically to preserve and enhance wild salmon runs.

Fifty different studies conclude that tearing out four dams on the lower Snake would be the most ecologically and economically effective way to fulfill the mandate to save salmon. Redden gave the feds yet another chance to follow the science, tell the truth, and finally execute the standing order given by Congress and the courts over the past 30 years: redeem the dammed. Save one of the greatest salmon rivers on the planet. Redden gave these agencies a chance they don’t deserve. But it’s up to the rest of us to make dam(n) sure this last chance isn’t squandered by them. Think about what you want these rivers to look like by Redden’s deadline: January 1st 2014. Then take action. The time is now. These are, after all, your rivers. To take action, go to: www.wildsalmon.org

There’s much more of this story in Steve’s excellent book: Recovering a Lost River which you can find in our stores, online and in your favorite bookstore.