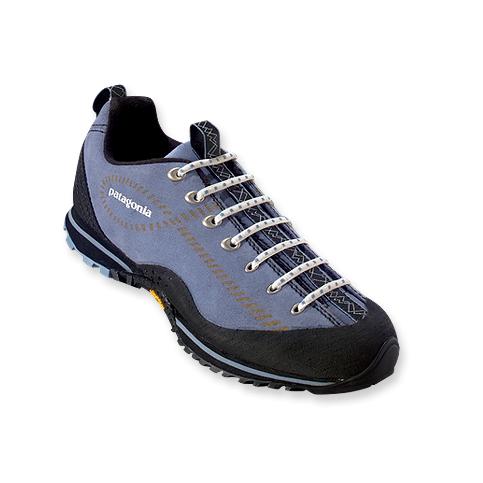 The night was humid…I stepped out onto the mist covered ground and itgave a familiar foamy crunch beneath my Patagonia Huckleberry Shoes.My lungs filled with the crisp air that is rejuvenated by the towering200 year old Redwoods on the Big Sur coast of California. A far cry(and a far drive) from Reno, the surrounding hills are lush withvegetation.  Happy to be out of the car and out of the traffic I stoodup and brushed the Crackerjack and Cheeto crumbs off of my  pants and got started on building the fire . . .

After an uncomfortable night’s sleep crammed between a damp, smelly dog and a tent mate who snores like Grand Central Station (yes, it’s TJ) I was ready to get the day started. Belly full of bacon, eggs, greasy hash browns and OJ I strapped on my 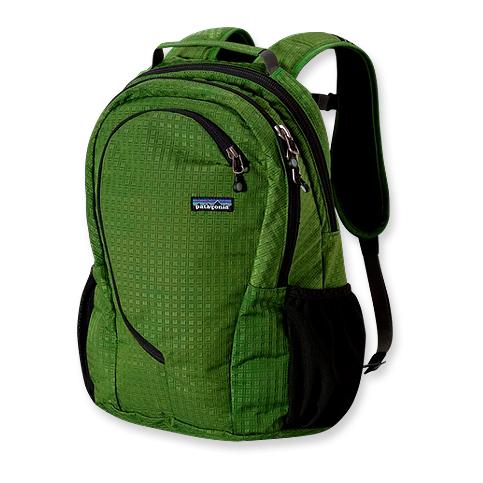 In an area where sandy beaches are as few and far between as powder days this winter, I was prepared for the sheer cliffs and boulder strewn seafront. We made our way down the jagged path to a spot where the trees parted and we caught a glimpse of a view that has captured my imagination since the first time I saw it. An underground river surfaces atop an 80 foot granite cliff and cascades into an ocean bay filled with shimmering bluegreen water. This is what I had come to see. 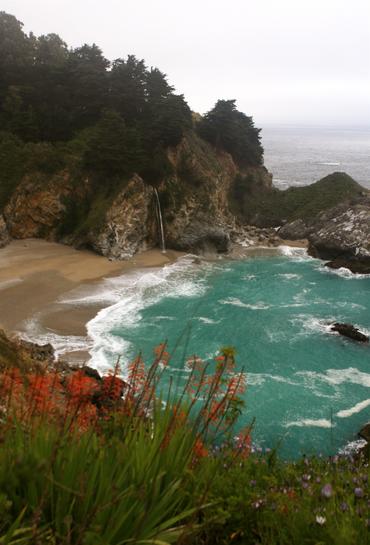 Unfortunately, or fortunately as the case may be, hiking down to the actual bay and waterfall is impossible. I give it another ten years until they have built either a series of steep metal steps or an elevator down to the beach so all the little grubby weekend warriors can get their hands on the prize. But for now it hangs brightly, majestically, tantalizingly out of reach of human hands, where only eyes and imaginations can soak in its beauty.

We stood and admired the view for a while atop a small butte that is covered in vines and palm trees. We snacked on our string cheese and apples as we sat on benches carved out of fallen redwood trees. When you’re in a place like this and it is time to go it never seems like you have been there long enough. But with the fog rolling in our view started to disappear and we knew it was time to head back up the trail, the next adventure already forming in our minds.

I was a little frustrated with my LightwirePack because there is no hip belt and it kind of swings around a lot, but that just may be because I was carrying too heavy a load and walking too rough a road. I think it is meant more as a commuter bag, where I’m sure it does well. The Huckleberrys hung right in there with me though on the bouldery beaches, mossy logs and stumble-tacular switchbacks. 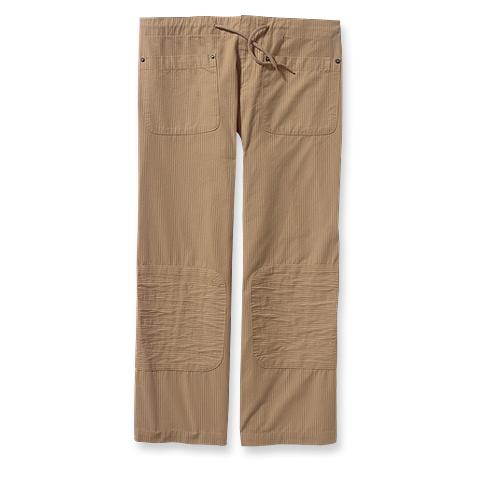 I loved my Slabstick Capris and wore them every day. The double knees are great when scrambling around on the boulders, kneeling down to build the fire, climbing the trees etc. Not too sure about the buttonless pant with the tie string waist though. If it was meant to be climbing harness friendly I can understand leaving out the button, but the tie string makes just as big of a cluster at your harness as anything.

Okay, that it for this one. Take care y’all.

[Photos top to bottom: 1) Big Sur coastal overlook; 2) Reason enough for the long drive from the desert; and 3) Just a little piece of pretty.  All photos, Lisa Manning]