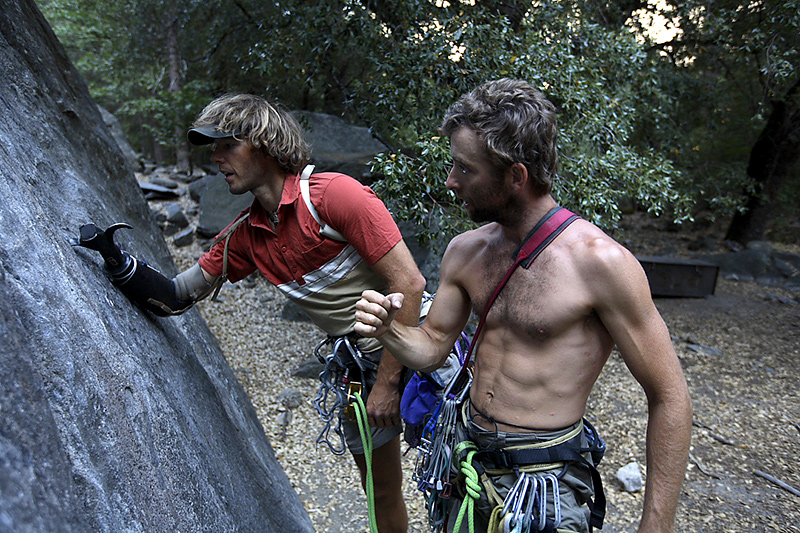 The other day while wandering around Camp 4 in Yosemite I ran into Patagonia ambassador Timmy O’Neill. He was hanging around the SARS site with his brother Sean and some guy named Aron. Timmy asked me if I wanted to climb the Manure Pile with him and Aron. “Sure,” I said. Walking to the parking lot I saw that this guy Aron was missing his right arm. Hmm, I thought. You never know with Timmy. He’s always up to something interesting.

Once at the Manure Pile Timmy started talking about his experiences working with the disabled. He has just started a non-profit organization for disabled athletes called Paradox Sports. Check it out at: paradoxsports.org It’s really cool. Recently he and a few buddies took his paraplegic brother, Sean, up the Salathé Wall on El Capitan – that would be Sean’s third ascent of the Captain. Timmy went on to say that most of the people he has worked with were born without the use of their appendages or whatnot. But Aron was different. He lost his arm around five years ago in a climbing accident. That’s when it occurred to me. This was Aron Ralston, the guy who got trapped by a rock in Colorado and had to cut his arm off to get free and survive. Now he’s way into climbing. He’s had a special prosthetic arm that has two hook-like tools on the end. He can hook onto little crimpers, wedge the cam hook-like device into tiny cracks, or simply jam the thing into wide cracks. It’s fairly new so he’s just getting used to it.

We started off on a route called After Seven. It’s 5.7 in difficulty, has some wide crack sections and a few face moves. Aron was a little shakey at first then he just cruised it. I couldn’t believe what I was seeing. Then we took him over to do the direct start of the classic Nutcracker. The direct is an awkward 5.9, thin and greasy. Aron cruised the first section then got to the crux. Timmy, who had been cheering him on the whole time, yelling all sorts of politically incorrect stuff, turned it up a notch. “C’mon!” he yelled. “You got it, man!” Aron let out a few grunts and reached his prosthetic arm higher into the crack, twisting it a bit. “Yeah!” Timmy yelled. “C’mon Captain Hook! Aye Matey!” I saw Aron smile a bit, give a slight grunt, and he pulled it. Damn … 5.9 in the Valley with a prosthetic arm? Pretty impressive. You could see the determination in Aron’s eyes. The guy has got some special powers. Can’t wait to see his tick list. 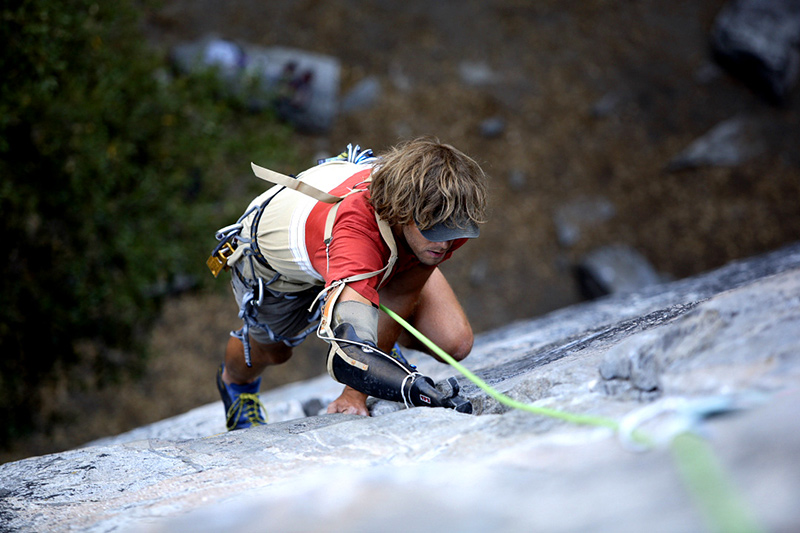 The last I saw of Timmy we were standing by the Merced River after a swim. He was shouting to random girls as they floated by in small rafts. “Hey baby! Whatcha got going?” he said while flexing his biceps. Then he stuck out his stomach and started playing it like an instrument, saying something about the only thing he owns are his big strong arms and a washboard stomach.

That night I laid in the El Cap meadow with my tri-pod and camera. I took a series of long exposure shots of the Captain as the moon crept over the Cathedrals. Around midnight I fell asleep with the shutter open. I had no idea how long I’d been asleep. Some of the photos turned out pretty good. This one though, got out of hand. 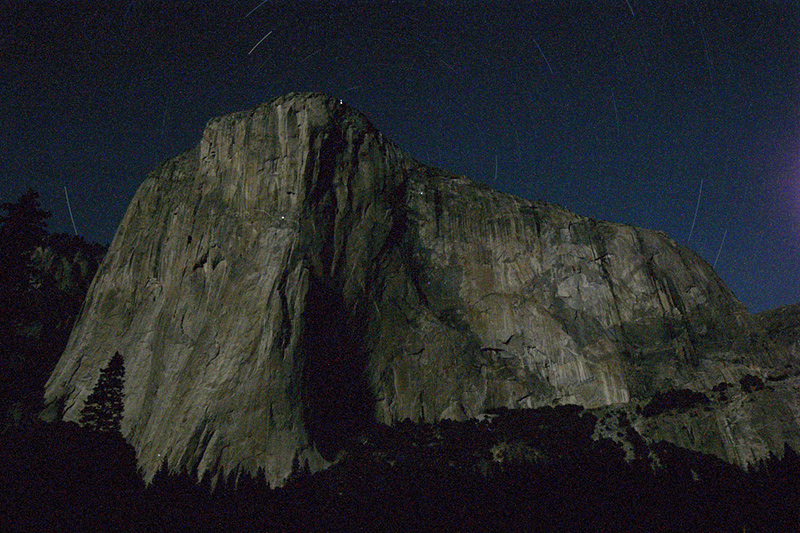 All photos by Jeff Johnson