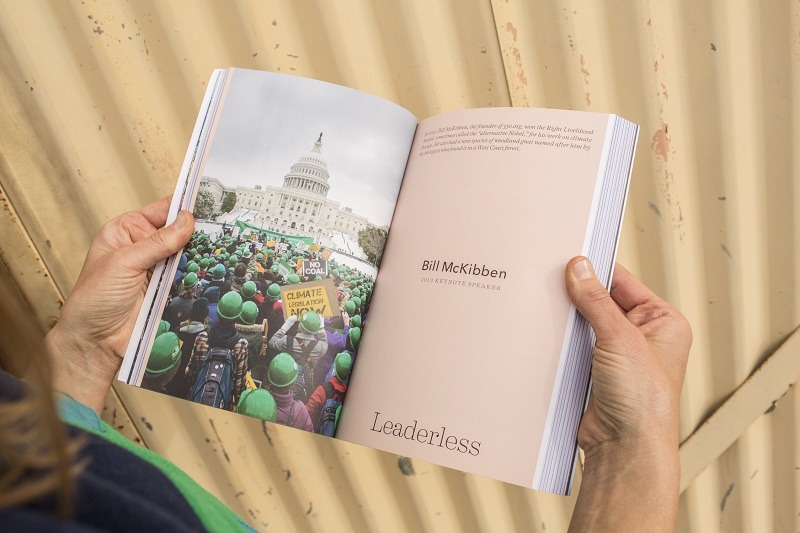 For over twenty years, Patagonia has organized a Tools Conference, where experts provide practical training to help make activists more effective. Now Patagonia has captured Tools’ best wisdom and advice into a book, Patagonia Tools for Grassroots Activists: Best Practices for Success in the Environmental Movement, creating a resource for any organization hoping to hone core skills like campaign and communication strategy, grassroots organizing, and lobbying as well as working with business, fundraising in uncertain times and using new technologies.

Above: Pages 52-53 of our new book feature a Robert Van Waarden photo of a climate change protest in 2009 and the beginning of an essay by Bill McKibben entitled “Leaderless.” Photo: Tim Davis

Throughout Tools for Grassroots Activists are inspirational thoughts from acclaimed activists, such as Bill McKibben, Dave Foreman, Annie Leonard, Terry Tempest Williams and Brock Evans. Leading up to the release of the book, we’re sharing audio clips from the keynote speeches these activists gave at past Patagonia Tools Conferences. Today we’ll hear from Bill McKibben.

In 2015, Bill McKibben, the founder of 350.org, won the Right Livelihood Award, sometimes called the “alternative Nobel,” for his work on climate change. He also had a new species of woodland gnat named after him by the biologists who found it in a West Coast forest.

In this excerpt from his keynote speech at the 2013 Patagonia Tools Conference, listen to Bill talk about a leaderless movement that turned out to be leader-full.

Listen to “Bill McKibben at Tools Conference, 2013” by Patagonia on Soundcloud. 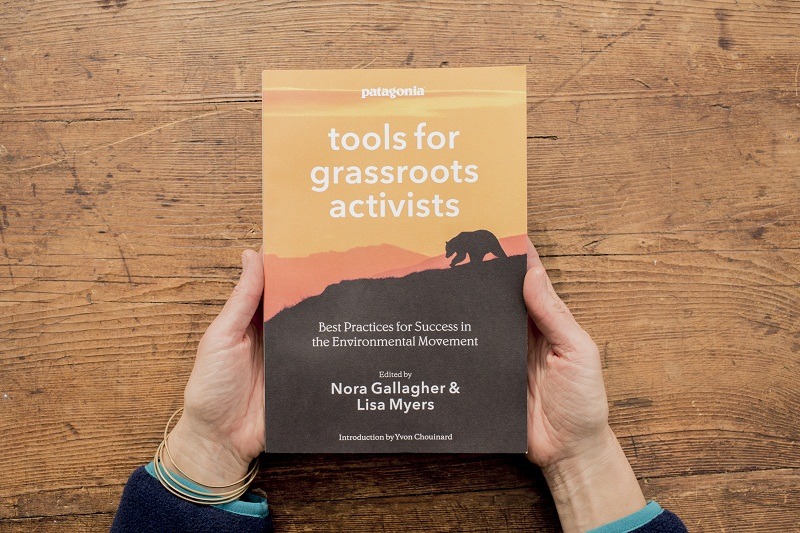