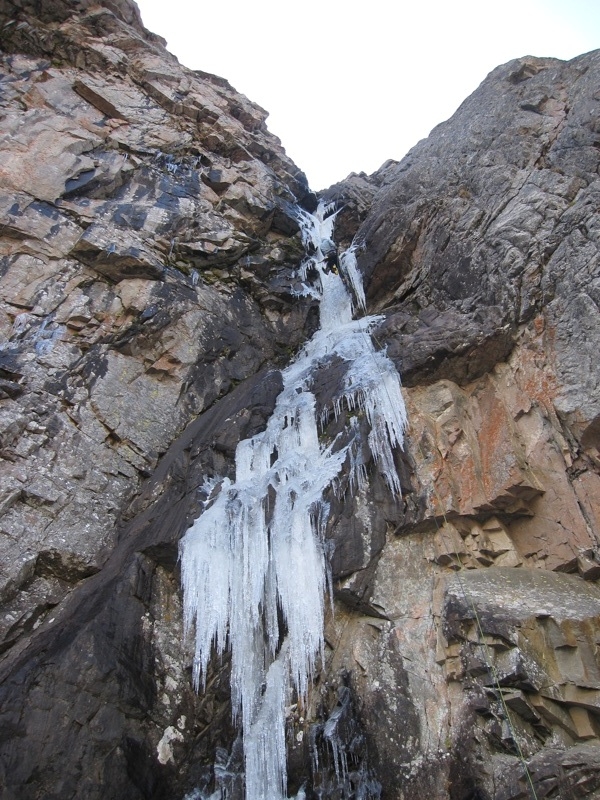 Our good friend and product tester, Kelly Cordes, who's also a senior editor at the American Alpine Club, has been on “The Chase” for years. He's written before about some of the ephemeral melt/freeze lines he's found in his own back yard [1, 2]. Kelly continues The Chase today – following it to some surprisingly simple conclusions.
______________

Aspect and elevation do amazing things. On Sunday, my girlfriend and I rock climbed in the sun. On Monday, a wicked low-pressure front rolled in to Rocky Mountain National Park and dumped snow in the high peaks for four days. Good excuse for me to catch up on work, I figured, but that little thing inside my brain whispered: The Chase is On.

On Tuesday and Wednesday I broke from my desk for my ritual trail-run-recon missions – running into valleys where I suspected ice might form, binoculars in hand. How and where this stuff forms in the Park defies logic – all of my theories are usually wrong, and the only way to know is to go. In the Meeker and Longs Cirques, nada; too cold up there, nothing melting and re-freezing. A little lower, above the Loch, I saw smatterings of ice on a climb called Necrophelia. Go figure.

Rationally speaking, what kind of fool would walk an hour and a half hoping for 180 feet of delaminating slush and horror? But we do all kinds of stupid things when you think about it. We work too much, don’t make the most of our pre- and post-work time, or our lunch breaks, or our time with friends, and the list continues. Hell, people mow their lawns. Why? For what? Step away from the “well, everyone does it” thing and you realize that mowing your lawn makes September ice climbers look like rocket surgeons. And we say dumb things, too, sometimes to justify our actions – the dreaded alpine start gets, “Well, the early bird gets the worm,” which I hate not because alpine climbing is any dumber than anything else, but because I hate getting up early. We continue with sayings like “Well, at least it’s Friday!” “It’s beer-thirty” and “It’s gotta be five o’clock somewhere.” But I love those sayings. Dumb things can be fun things. Silly things. Goofy things. Great things.

The week rolled on and work had quickly gotten to be a pain. Besides, Kristo (Patagonia’s 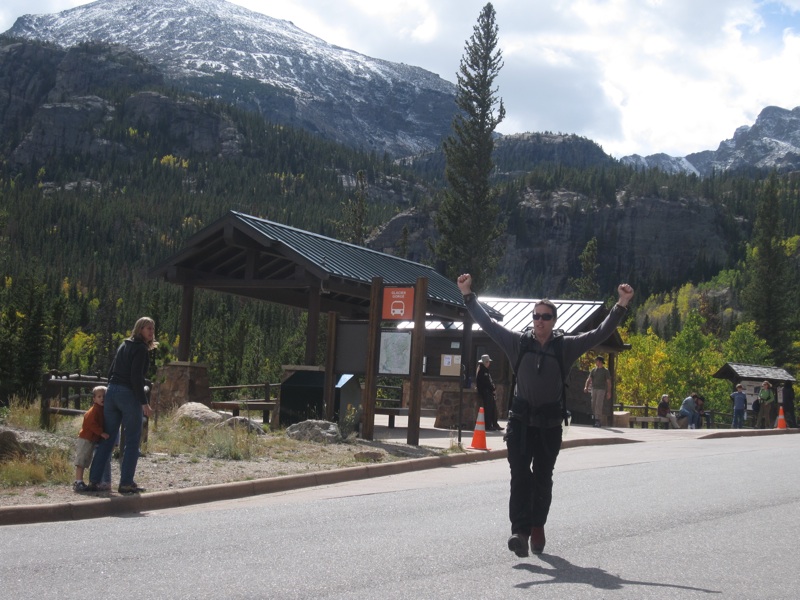 I wouldn’t call our climb “fun” in the normal sense, but there’s something to it, something to just going instead of wondering and theorizing and making excuses, something playful and absurd that sure makes the mess of work emails piling up easier to handle – or to ignore for the weekend. Instead of being an adult just itching for the end of the work week, while strolling down the trail I wore the same grin as a little kid who’d just raided the cookie jar. Yeah, it was fun like that.

The Weasel One and I hit my cabin at two in the afternoon and we made burritos and poured drinks – it was marg-thirty. On Friday. And it had to be five o’clock somewhere.