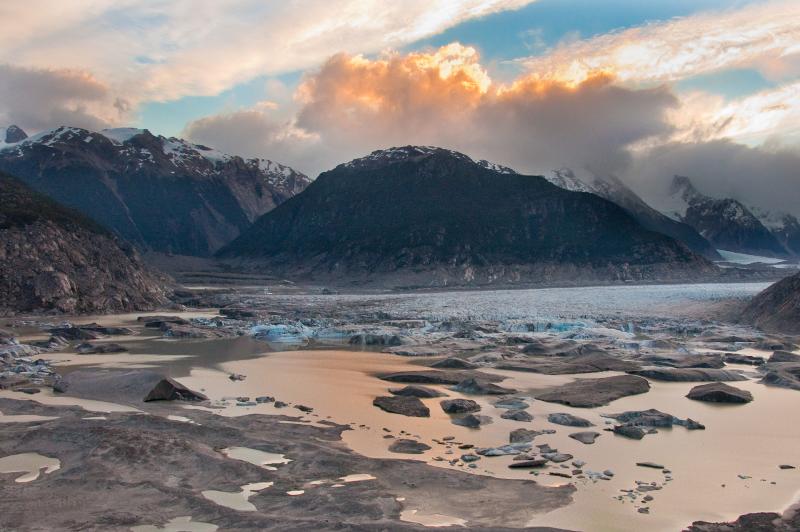 The Patagonian region of southern Chile is considered one of the world's last, great wildernesses, dubbed an "eco-gem" for its rare fauna, ice-sculptured fjords and almost total absence of industrial development. Less destructive alternative energy sources are abundant, and the Chilean government may not fully appreciate the significant tourism revenue opportunities that could be gained by safeguarding the natural grandeur of this spectacular area. National polls have repeatedly shown Chileans are against the proposed hydroelectric plants in Patagonia. 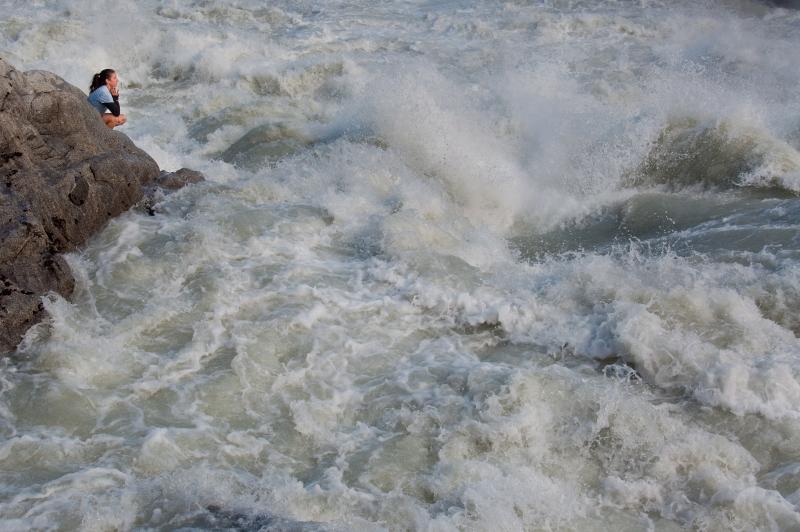 Despite this, a $7 billion project to dam two of the world's wildest rivers for electricity won environmental approval today from a Chilean government commission – despite a groundswell of opposition that has grown to 61 percent of Chileans according to the latest Ipsos Public Affairs poll.

[Top – An iceberg-laden lake leading up to the Colonia Glacier. The Colonia is part of the Rio Baker watershed.
Above – Chris Kassar feels the power of the raw, free-flowing Rio Baker at a beautiful water fall. Hydro Asyen's proposal to put a dam here would forever change Chile's longest and wildest river. Photos: James Q Martin.]

The above video provides a snapshot of the area that will be impacted by this project. Robert F. Kennedy Jr., a lawyer for the U.S.-based National Resources Defense Council, and a staunch opponent of the project, said about the project's impact, "It makes no economic sense. The big energy demand is coming from the northern part of the country and the metals industry, and in those regions you already have available resources," Kennedy said. "The Atacama desert is ideally suited to solar thermal production. It's got the altitude, 365 days of sunlight a year and power lines that already exist, and in most cases you're only a few miles from the industries you're powering. The only reason these dams are being built is because of the political clout that Endesa has over the Pinera government." 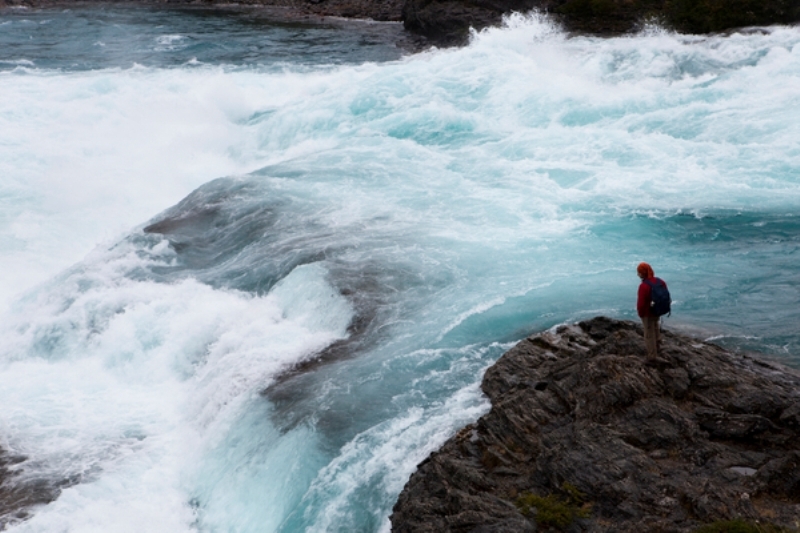 [Aysen, Chile. February 17th 2010. The confluence of rivers Baker and Nef where one of the big dams for Hidroaysen is projected. ©Daniel Beltra from "Patagonia's Rio Baker – What Will Be Lost"]

Back in 2008 and in subsequent posts, we brought you some early news about this massive hydroelectric project, and its potential to dam two of Patagonia’s most wild and pristine rivers, the Baker and the Pascua. The Baker River is the largest remaining wild river in Chile and runs right along the edge of the proposed Patagonia National Park that we are helping to create. The project also calls for a 1,500-mile chain of huge power-line towers to transmit electricity to the north. The power-line corridor would permanently scar an enormous swath of Chile, and open rivers north of Patagonia up to dam building. Today's decision will only intensify the debate. Many experts believe a greater amount of damage will result from construction of the transmission lines, construction of which would likely open remote Patagonia regions to expanded development and additional dams. Environmental review of this portion of the project will take place in December.

According to Gabriel Silber, an opposition lower-house member contacted by Bloomberg Businessweek, while the court allowed today’s vote to proceed, it may overturn the result, Silber told reporters from Coyhaique. We'll keep you posted on the project and the latest developments in the fight against it.

UPDATE (5/11/11): Since posting this story on Monday, we've received a raft of inquiries from folks itching to get involved. Chilean citizens and conservation groups are still reeling from the news announced on Monday. Action plans will coalesce as groups develop strategies to respond. Stay informed by checking in with these groups working to defend wild Patagonia: