You’re all pretty familiar with the Dawn Patrol (DP) idea by this point: wake with the roosters, drive blear-eyed through the pre-dawn black, exit warm car in the belly of the night’s bitter cold, strap on headlamps and start slogging uphill through dark and snow, all for a token taste of skiing before work.

I had some work to take care of in our Annecy, France office during the months of November, December, and January–optimal DP time for the Patagonia crew in Reno. Annecy is within striking distance of the Alps, but I knew nothing about the terrain, snowpack, or, most importantly, the crew. Was the terrain and snow close enough to the Patagoina Europe office to make a DP run possible? How would I get up there? Did the Annecy office have enough senseless people willing to wake up at 4 a.m. just to make a couple of turns?

Yannick Clévy of our Pat Europe I.S. department provided an affirmative in the form of an e-mail invitation with pictures. In the pictures, Yannick (pronounced “unique,” rhyming conveniently with “freak”) is shredding 50 degree slopes and hucking 35-foot cliffs. His pre-work game was going to be a little different than what I was used to . . .

Yannick’s got game. Those pictures he provided came from his blog, Team Dré Dans le Pentu (rough translation: Team Point ‘Em Straight Down).  This is where he keeps the stoke alive.

He got our Dawn Patrol plans rolling with a cryptic announcement: “I think something is coming,” he says, eyes wide with anticipation.

WTF? I just nodded and replied in rough French, “That’s nice. Let me know when it gets here.”

Then his itinerary showed up: “We meet at office 5 a.m. and then to the Aravis. We arrive at Col des Aravis and climb foot with backbag to top before down and return office to take the shower.” I was a little afraid of what “The Shower” could be, but the rest sounded simple enough. Game on.

Here’s Yannick’s account of our first Dawn Patrol, in his own English (which reads far better than my French would):

Skiing North couloir of the Aravis before going to the office – december, 13 2006 or “Let my people go skiing”!

Winter here in France (and Europe in general) is the warmest never record! But no link with global warming or human activities according to incredulous people 🙁 For many of us in Annecy office, who are in love with skiing, it’s a hard time. We were such motivated, that when the first snowfalls finally came we decided to wake up early to ski before going to the office.

4 peoples of Patagonia European Office were there (2 Germans, 1 American, and me, the Frenchie): 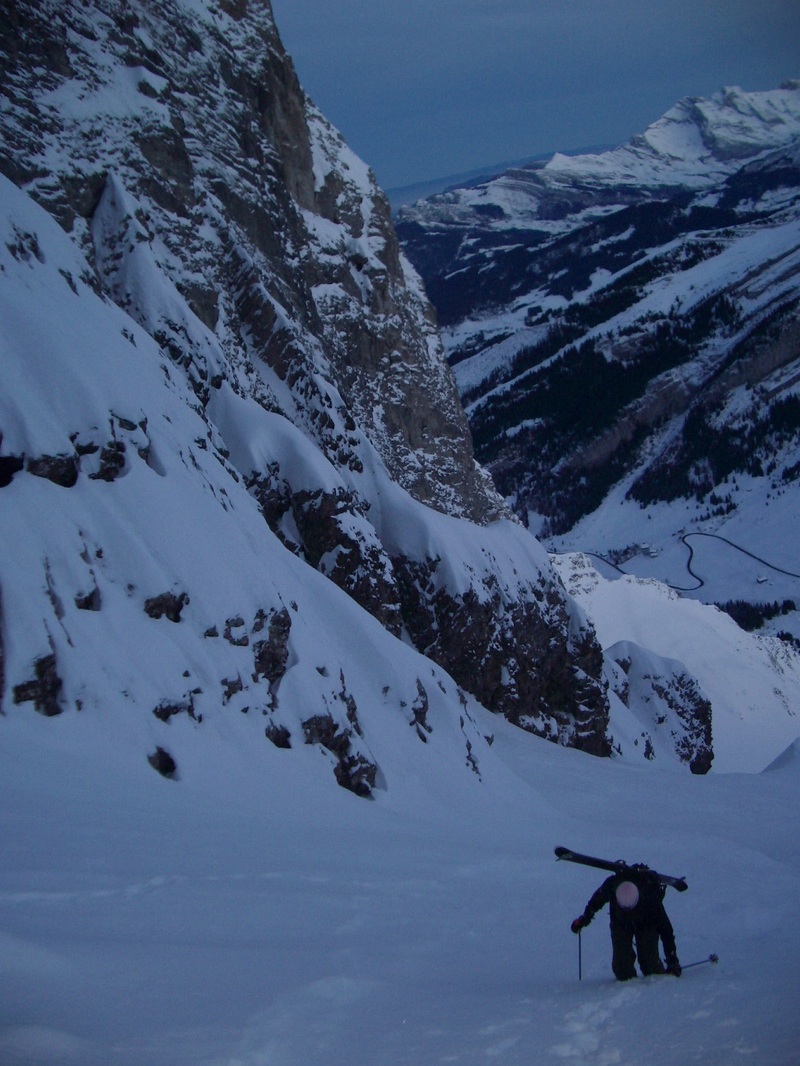 – Nadine from the dealer service.
– Joern from the marketing.
– our website administration guy (coming from Reno).
– and myself from the IS team.

5am: we took one car to drive to the Col des Arvis (Aravis’s pass). It’s just 45 minutes of drive from the office (NB: about 20 minutes if you drive like Yannick).

Our first step in the deep powder, the head lights tear the night. We climb to the middle of the couloir. From here it’s more hard, we the route to open up in deep snow. The sun is arriving, in the foreground we see La Clusaz ski resort. Then we arrive at the final wall, 45+ degrees. We reach the top 880meters (2887.14 feet) higher than the car, the virgin slope waiting for us! I check the slope, and it’s stable.

No pictures of skiing, it was to good to stop for taking some. 😉

Then, back to the office, after a shower, we were ready to work with a big smile on our faces.

This was the first ski trip for the group. Since this one we skied several times all together, looking for some “white smoke” in this poor season in all the Alps. 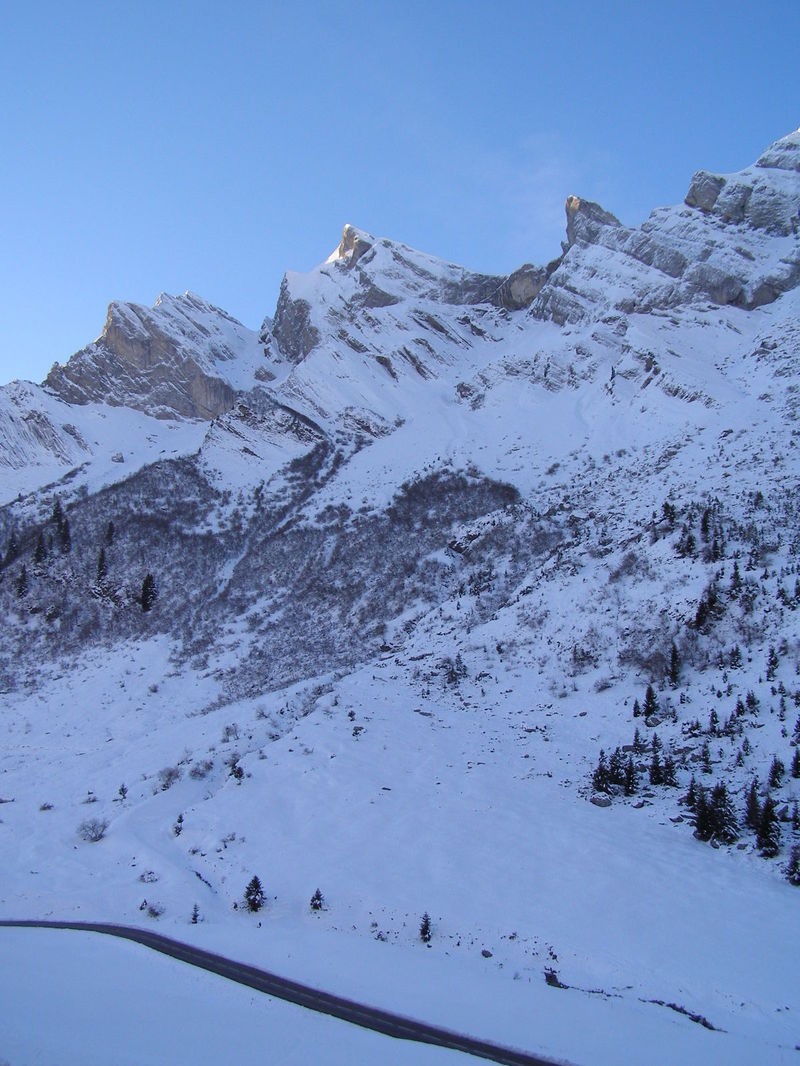 1) Gearing up in the dark.
2) Nearing the top of the col.
3) Dropping into the fluff.
4) Combe de Marion, the skied route visible as the left-most couloir.