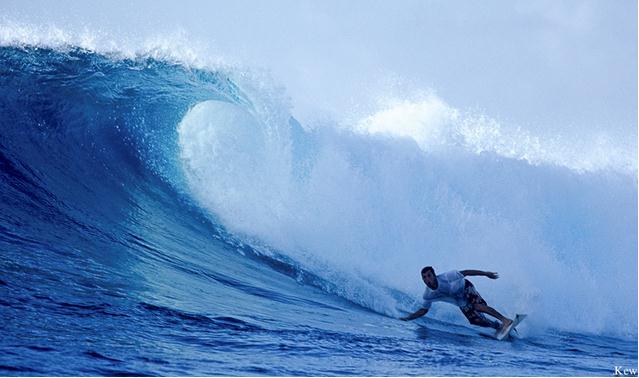 WOULD THEY DO IT IN PARIS?

It’s the second T-shirt I’ve seen today that poses this question, a lingering sting of animosity toward France’s three decades of nuclear testing in L’Archipel. France ignored a 1973 World Court request to stop the practice, sparking protest worldwide, including New Zealand’s delegation of a naval ship to the main atoll, and Peru’s severance of their French diplomatic relations.

Relentless global opposition to nuclear testing saw the French drilling bomb shafts beneath the lagoon in 1975. Rather than blasting motus in plain view, replete with ominous, “harmless” fallout, the endeavor cloaked the tests submarine.

In 1995 French president Jacques Chirac announced a fresh line of tests, igniting global protest. New Zealand and Chile yanked their ambassadors from Paris and heavy rioting ensued in Papeete, yet the French cast a blind eye to the opposition, lounging comfortably in Europe, light-years distant. France discontinued testing in 1996.

French authorities claim the tests pose no ecological threat, though in 1998, plutonium leakage was discovered in one lagoon, and France’s director of its Atomic Energy Commission admitted to the existence of cracks in the coral cones of two atolls. Still, French officials insist there is no cause for concern.

“If nuclear testing so safe,” a villager says to me, “why didn’t they do in their water?”

Motoring out of the pass late that afternoon, bound for the next atoll, another sort of explosion is viewed port side. Flawless 10-foot lefts detonating over shallow coral, fiery and backlit, seething mechanically, beckoning sadistically.

“Now there’s some real gold, boys,” Chris grins. “Anyone up for a go?”

Resting a small metal case on the saloon table, he unveils a more salable Archipel treasure: black pearls. Valentine’s Day loomed, after all. More famous than this region’s surf, black pearls are larger, fatter, and rarer than the white Japanese variety, spawned naturally in nearby lagoons, unlike Japan’s hatchery-spawned oysters.

“Certainly can make your girl happy with these, mate.”

Sold worldwide, the pearls can fetch up to tens of thousands of dollars, showcased as everything from opulent jewelry to à la carte. Fletcher and I, the boat’s token bachelors, scoff at the theory and elect to pursue our nightly beer quota astern.

Francois, a decidedly non-single local Paumotu, regales us with stories of his ladyfriends throughout the atolls and on Tahiti Nui, likely accumulated from his notoriety as a champion ukulele player. Festooned with tattoos (“You come my island? My brother give you free tattoo.”) and wrestler-thick, Francois verbally depicts life’s rhythm within his arcadian culture, encompassing pearl culture, fishing, coconut harvest, Sunday worship, boat schedules, and, for him, surfing. 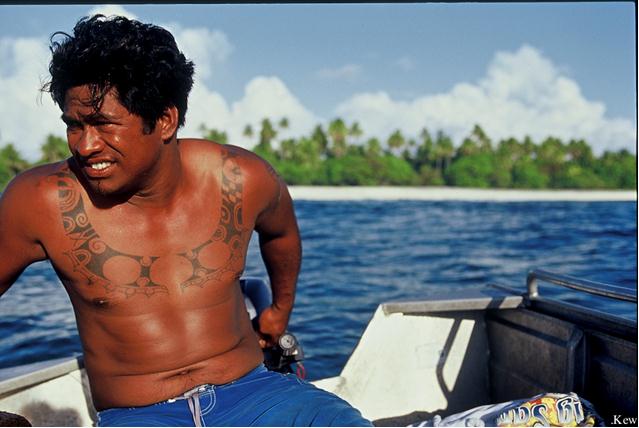 Francois motors the crew to the lineup. Photo: Michael Kew

His culture varies slightly to Tahiti’s, yet the authentic Paumotu cultural origin is unclear. In the 14th to 16th centuries, history suggests that civil conflict led the peace-oriented Paumotu people to the then-uninhabited atolls from the Marquesas and Leeward Islands. History also claims the atolls were populated around 1000 A.D., when the major Polynesian diaspora shuffled onward to Rapa Nui, the Marquesas, and the Gambiers.

Undoubtedly, wholesome L’Archipel culture has persevered through the French occupation due to distance from Tahiti, the acknowledged hotbed of a yearning for independence. Many feel these atolls could not make it on their own without the French backbone, but others, like the villager I met, want out. Still, L’Archipel Dangereux pleasantly feels far more Polynesian than French.

Politics aside, Francois seamlessly learns the basics on thrashed boards at black-diamond spots. Leather-footed, naturally gifted and impervious to razor coral or death barrels, Francois is a legit waterman, likely to evolve into a premier L’Archipel surfer. Speaking excitedly about his family’s atoll in the south, he paints a pretty picture.

“At my home, you wake up… and there is the wave,” he smiles, enunciating slowly for effect, spreading his arms and opening his hands for vision. Reputedly, an ultra world-class left pinwheels at his doorstep during south swell season—yet another digit among a bevy of uncounted atoll perfection. 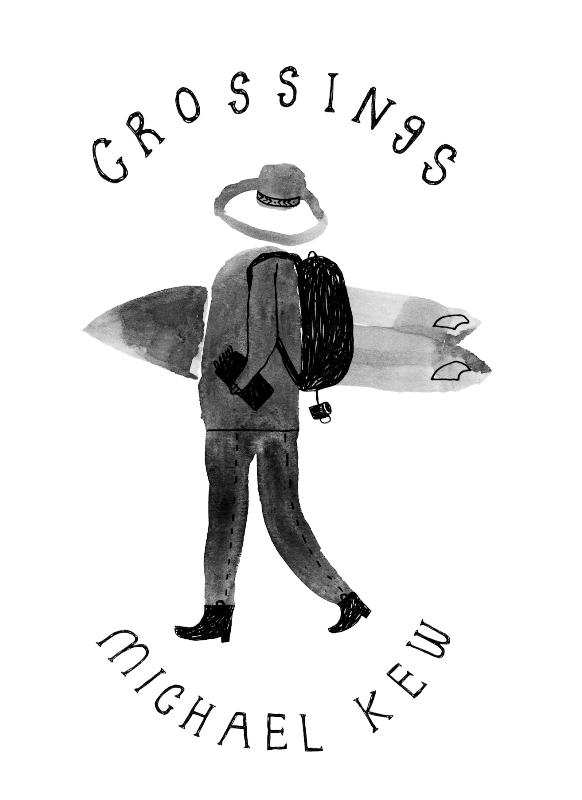