Crazy world we live in. Somebody ought to sell tickets. Hell, I’d buy one. Some thoughts on current events, large and small:

• Wednesday was National Margarita Day. It’s about time, what with all this recent climbing world drama. Surely a little drinky can soothe some nerves, maybe temper the frenzy. Me, I’ve been fine all along (calmer than you are, dude…) – but I guess when you live it, every day is margarita day.

Related: Got an email that made me blush. By one reader’s count, I’ve posted at least six margarita recipes on this blog, including The Cleanest Marg (my first post as a TCL regular), The Shackboy Marg, The Damiana-Sotol Marg, The Memorial Day Marg, The Uri No-Exposed-Bone Marg, and The Trying Hard Marg. Whoa. I wasn’t keeping track myself, ya know I’m really not into the numbers. Sure, some people might feel compelled to say things like, like… “Greatest marg drinker ever!” or, “How does he do it? This marg rules!” or, “For being short and gimpy, he sure does make a damn good margarita!” or even, “I think Cordes is the world margarita champion!” But that’s just a vanity thing that I try to steer clear of. I mean, it’s really all about the experience.

Oh – mark it seven, dude. New recipe down below. Have yourself a field day. 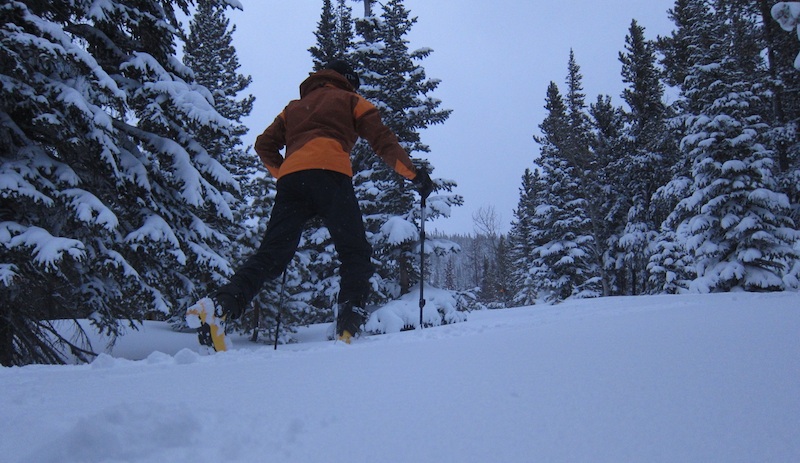 • For my love of margs, I always feel the need to do something active first. So before celebrating, I got out for a quick ski tour – you know, earn your turns margs. I’ve been loving ski touring lately. As amazing as the progress has been, given the severity of my shattered leg two years ago, there’s so much damage in my cankle (the scar tissue makes it bigger than my calf) that hiking in boots freakin’ kills. Skinning has that no-impact glide, but I missed last winter with shoulder surgery. So it’s been awhile. Now, this winter, on skis I’ve gotten a glimpse of that old feeling, that flow, of moving in the mountains that I love so much. It’s even better than drinking margs.

• Speaking of mountains, the American Alpine Club’s annual benefit dinner weekend is March 2 & 3, in Boston – despite today’s official deadline, tickets will be available until they aren’t, at which point they’ll close the registration page. The AAC is working hard to restructure themselves and become more relevant to climbers – good stuff. Of course, if you’re a struggling dirtbag and you have extra cash burning a temporary hole in your pocket, you should stock-up on ramen and go road tripping rather than attending a dinner of any sort, even if the Dalai Lama himself is speaking. (Though in New England, having Mark Richey as a headliner is pretty damned close.) Richey, Steve Swenson and Freddie Wilkinson – all mega-badasses and great guys – will be talking about their awesome first ascent of Saser Kangri II, in India. Freddie’s premiering a short film on the climb – he’s a great storyteller, and the trailer footage looks spectacular. He wrote:

“I love projects that creatively combine mountain adventure with interesting characters. Mark and Steve are two guys in their middle fifties who have led successful careers in business and engineering. Their children are grown up and moved out, their climbing resumes are chock-full of impressive ascents, and yet, they are still inexplicably drawn to exploring these unclimbed Himalayan giants. Attempting a 7,500-meter peak in alpine-style is a pretty hardcore vacation for someone in their twenties or thirties. What if you’re fifty-seven?”

Pretty damn cool, the “old breed” still feeling that pull. Old habits die hard (just look at my mullet). And so what would mention be of my friend Freddie, a tried-and-true proud New Englander, without this: I’m taking bets on how many times in the film he muses about the Karakoram being good training for the Black Dike. Over/under, anyone? Anyone?

• Freddie’s wife, Janet Bergman, an outstanding climber herself, recently wrote an excellent, thought-provoking blog post about women in alpinism. She speculates on why women aren’t as represented in this stupid and dangerous and beautiful activity, and expands her thinking into the bigger picture. Well worth the read. 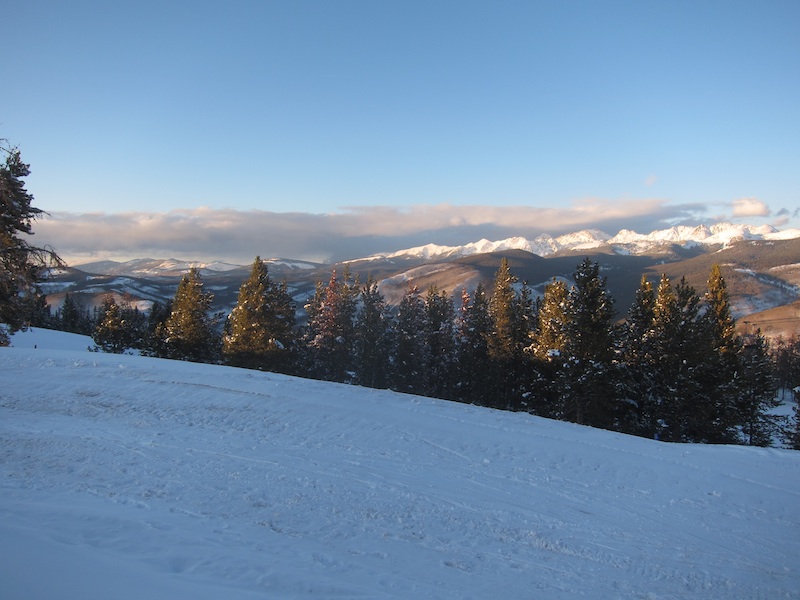 • Breaking news! I did Vail. Or, borrowing from our friend Czech Stanley [insert accent]: The Vail. It’s winter. Yet I dislike “industrial skiing.” The resort scene runs counter to most everything I love about being in the mountains (Yes, yes, I’m a grouch. Don’t we know that already?). So while passing through the other day I “did” The Vail, the better way. Not only am I cheap, but I like skinning up better than skiing down. I’m serious. (If you ever saw me ski, you’d understand why.) Late day, lifts done, slopes cleared, soft afternoon light blanketing the skyline. Give me that one run of fresh air and solitude over a full day of crowds and lifts anytime. 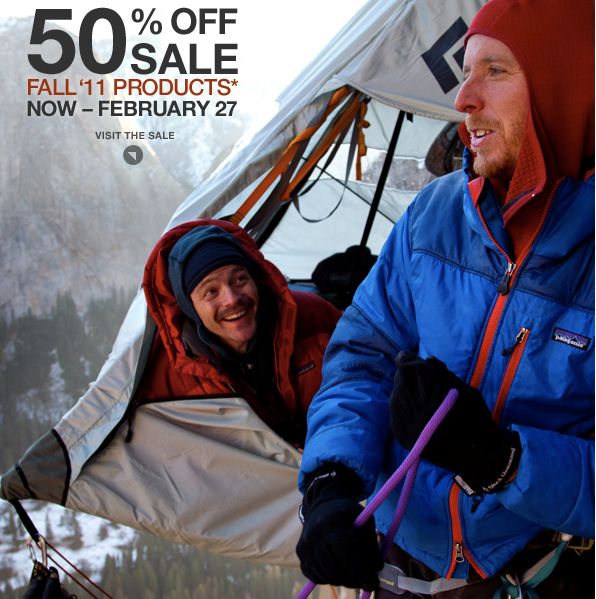 • Saw this Patagonia ad the other day. Guess we’re having a sale. Can’t remember what the hell was going on in this photo, though. Either:

A) I had just asked Tommy Caldwell for his autograph, and he’s thinking about whether to grant it or not.
B) Tommy just asked me for a foot massage, and I was so eager that he’s reconsidering.
C) I’m trying out for a role as a white Eddie Murphy in a remake of Trading Places.

While we contemplate the answer, here’s the marg I made in celebration of the day. [Editor’s note: We can’t speak for Mr. Cordes, but we urge you to drink responsibly.] 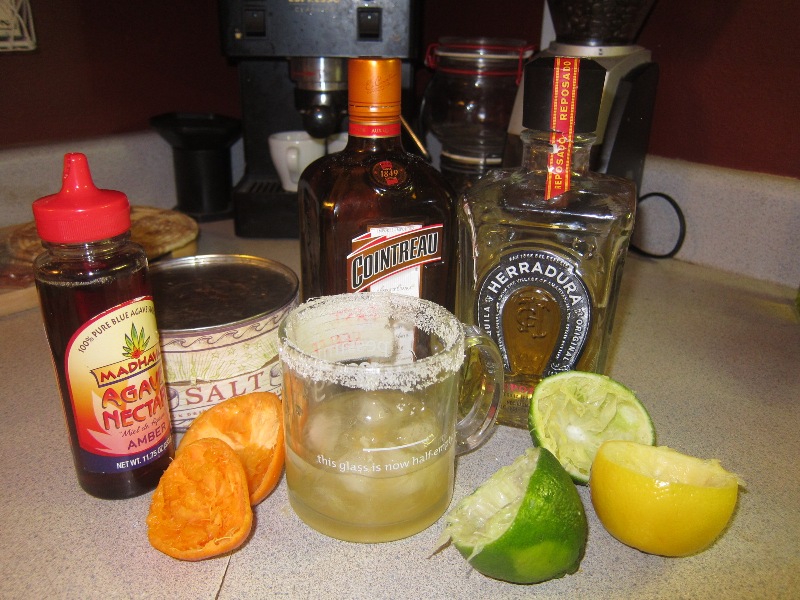 Tequila
Herradura Reposado. Go for the good stuff. It’s a special day (was on Wednesday, anyway). Herradura makes terrific tequila, and the reposado picks-up flavors from the oak barrels where it ages, blending with the wild agave flavor. Real stuff, a great, honest tequila. Refined and aged, but not too much.

Triple Sec
Cointreau or nothing. With good tequila, I often skip the triple sec, since cheap paint thinner can ruin the smooth taste. But a fine liqueur like Cointreau adds a tasty touch. A hefty splash, maybe 15-20% of the tequila volume. Fine to skip this step. Not fine to substitute cheap paint thinner.

Mix
A lime to a lemon, lemon to a lime, one round lime and half a fresh lemon. Plus a baby orange. Fresh squeezed, let’s do it right. Roll them on the countertop, under your palm, softening their skins and making the juices fluid. Roll the ends, too. A cheap hand-squeezer gizmo on a good lime will yield about two ounces of juice. Expect a bit less from the half lemon and baby orange. Stir the juices.

For each squeezed lime, add some agave nectar. How much? Hell, I don’t know. A squirt or two. This is art, dammit. Besides, if you make it too sweet you can always re-balance it with more tequila.

Marg
About half mix, and half alcohol. Put everything in a shaker with some ice, and shake the sweet bejesus out of it. Vigorous shaking enhances the taste. Seriously – like it blends the agave-carbon chains into the, uh, (-OH) groups of the alcohol much more better. Adjust to taste, and remember that taste testing is fun. After all, it’s really just about the experience, you know?