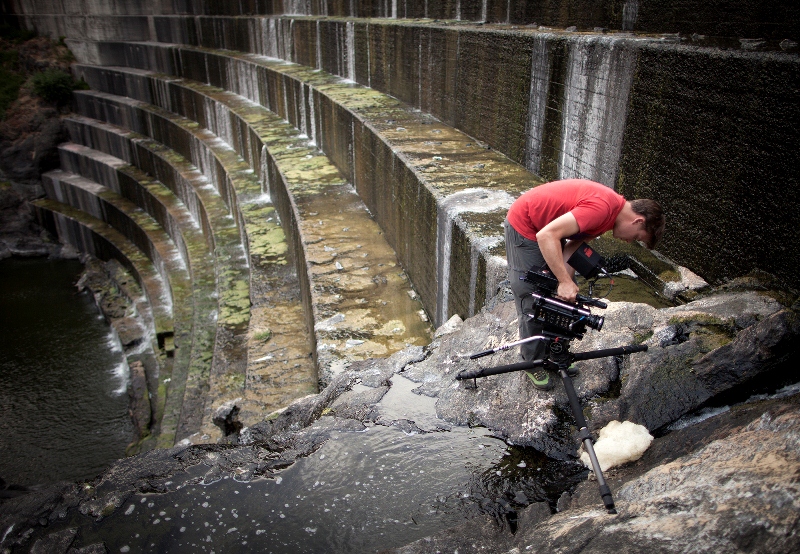 In July of 2011, Felt Soul Media filmmakers, Ben Knight and Travis Rummel, packed camera gear, computers and a few changes of clothing into a borrowed Sportsmobile van, braced themselves for a whole lot of time together and hit the road.

It was the beginning of a 9,000-mile journey across the U.S. and beyond to research, chronicle and wrap their heads around a growing movement to tear down obsolete dams.

Over the next year and a half, Knight and Rummel — often joined by biologist, river advocate and cameraman Matt Stoecker — traveled from Maine to California to document some of the issues surrounding America’s 80,000 dams. They interviewed a spitfire folk-singing nonagenarian who has been railing against the Glen Canyon Dam for more than 50 years, joined a group of boaters on a historic trip down a Washington river that was free-flowing for the first time in nearly a century and witnessed the removals of the 100-year-old Elwha and Glines Canyon dams on Washington’s Olympic Peninsula – the biggest dams to fall in U.S. history. They talked to biologists and writers, monkey wrenchers, politicians, archeologists and fishermen. They met a man who spends his days holding vigil over endangered steelhead, and another who had lost his job because the dam he had worked at for years shut down. They launched a failed kayaking mission down the dammed lower Snake River, filmed underwater scenes in cold rivers, hid in the woods a few times and learned that it’s illegal to film at many U.S. dams. And they shared in the hope of the lower Elwha Klallam tribe that the salmon that once thrived in that river’s pre-dammed waters will now return.

Since both started out knowing relatively little about dams, it was, as Knight puts it, “one hell of a crash course.” 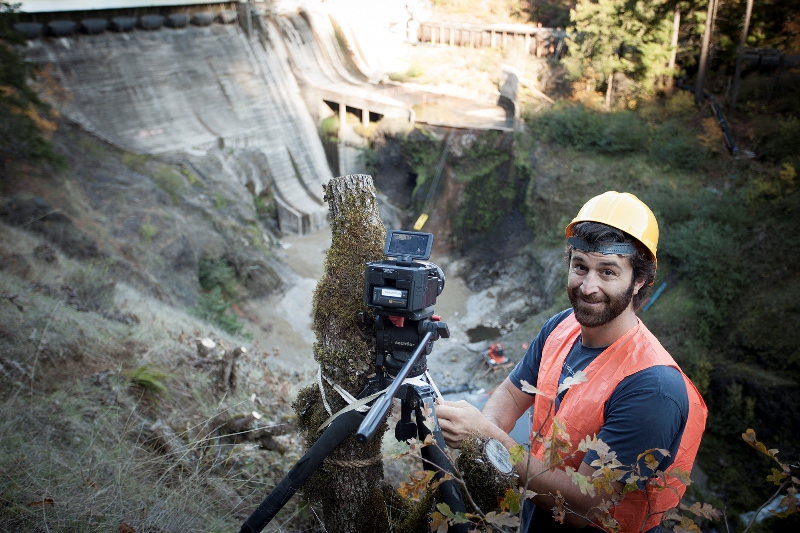 Matt Stoecker, co-producer, getting a camera into position the day before explosives blasted a hole into the Condit Dam in Washington.

The material they gathered with Stoecker — 51 interviews and 10 terabytes of footage — is now being shaped into a feature-length documentary called DamNation. Knight has been holed up in his tiny editing office in Telluride, Colorado, for the better part of the year, stitching together a compelling and beautifully shot story about how the time has come for America to rethink its dams.

The documentary is being created in partnership with producers Patagonia and Stoecker Ecological, who pitched the movie to Felt Soul Media in late 2010. Initially, Rummel and Knight — who built their grassroots film company on the success of a handful of films about fly-fishing and watersheds — were reluctant. Dam issues are incredibly complex, and can, Knight says, be pretty dull. But once they dug into the subject, they realized that many of the dams that shaped this country also wiped out salmon, destroyed towns, altered rivers and, in many instances, long ago outlived their usefulness.

“It’s been transformative for us as filmmakers to understand how much our environment has been impacted by dams,” Rummel said.

Both admit that the scope and complexity of the issue makes this the biggest challenge they’ve ever taken on. To open people’s minds to the idea of dam removal, they are telling the story through the lives, historic events and rivers that have been shaped by the building of dams.

“I don’t want anyone to feel like they’ve been force-fed information, or worse … an opinion,” Knight said. “I want to get it right.”

“We’re not advocating taking out every dam,” Rummel added. “We’re advocating thinking about dams in a different way.” 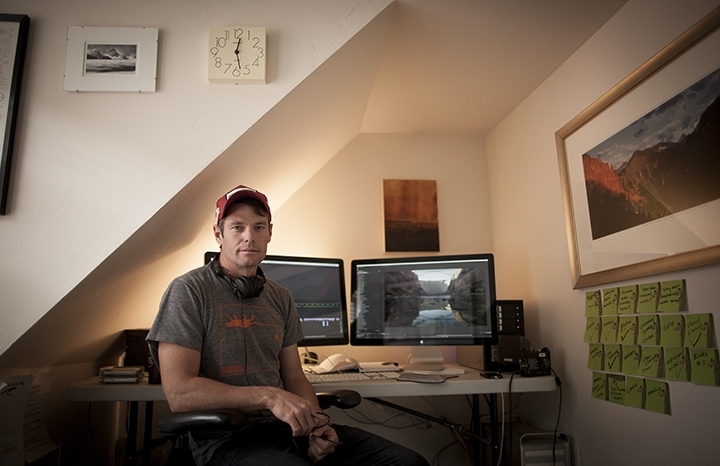 DamNation editor Ben Knight at his office in Telluride, CO.

Knight has spent many nights hunched in front of his computer screens editing into the wee hours, fueled by Red Bull and cookies from the bakery down the alley. He jokes that his new office chair has a bedpan built in, and Patagonia has hired a registered nurse to check on his IV and feeding tube from time to time. But really, he says, he’s trying to tell an accurate story. It’s too important not to.

“Just knowing that we’re making an incredibly important film for a group of people and a company that we deeply respect is personally the biggest honor I could imagine,” Knight said. “If people see DamNation and feel inspired to ask questions about the impacts of dams in their backyards, I think we’ve done our job.”

The film is more than half way there — Felt Soul is hoping to have it finished by early fall.

Until then, Knight will be living at his editing desk. And both he and Rummel are happy that van life is over, for now.