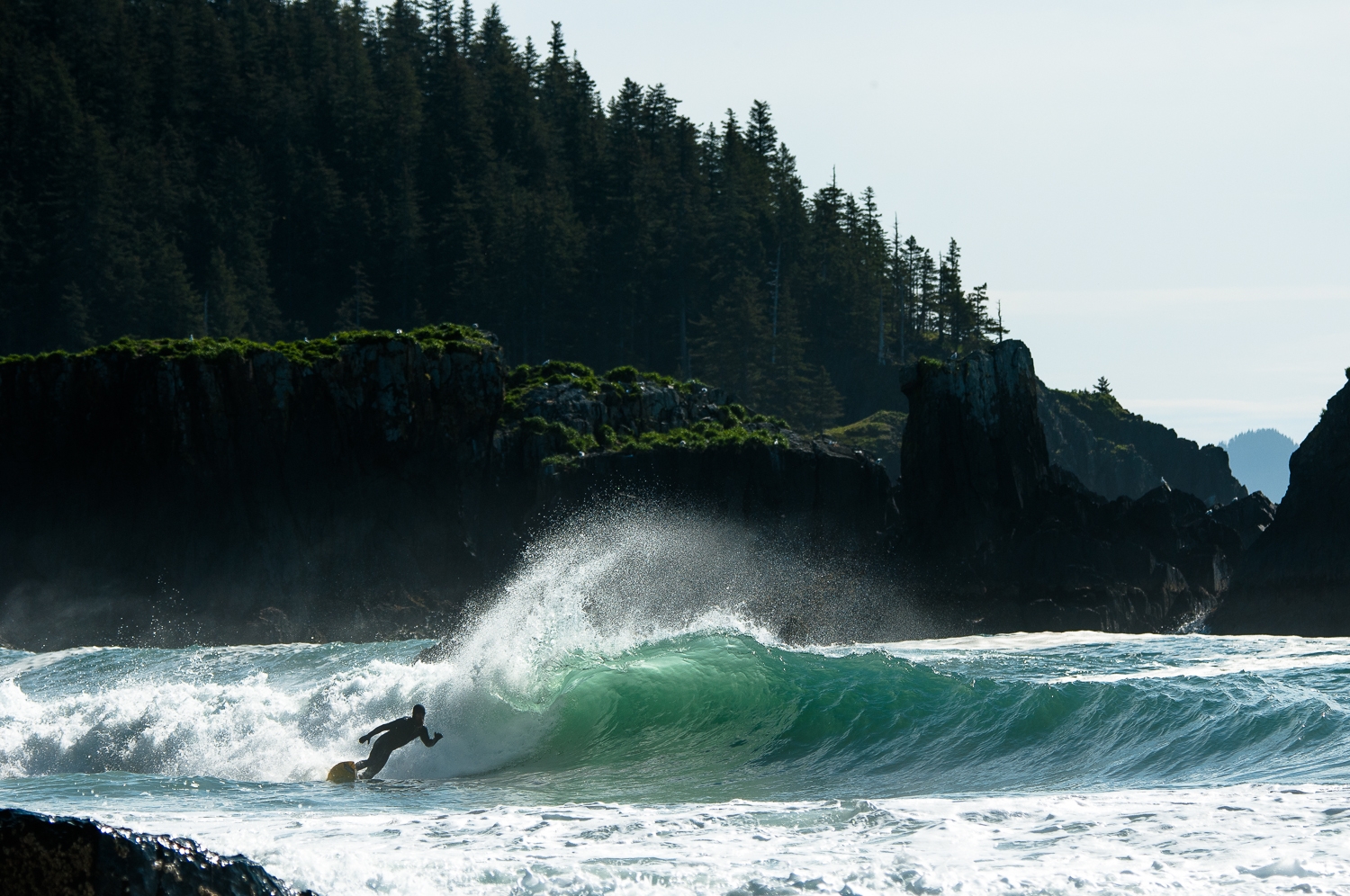 You know it’s going to stay light until midnight in Alaska. Everyone knows this. But after three days here it still feels unreal and comes with a psychedelic quality of glowing sunsets that last four hours and never completely fade to night.

Then there is the sheer vastness of the territory – the ice fields and snow chutes right down to the forests, the eagles, the bears, the humpbacks lolling in the lineups. The water is chalky at the glacier-fed rivermouths. And warm as the summer air feels sitting on the fantail of the trawler drinking a cold one in that endless afternoon glow, the water is still frigid.

Above: A headland with rock outcroppings in the corner of a long, black sand beach produced wedging left peaks, which Keith Malloy decimated on his trusty 6’0″ FCD quad. His surfing was loose and coordinated despite maximum neoprene coverage in 45-degree water. Photo: Chris Burkard

We wear hooded 5/3s, 7mil booties, and gloves. With all this gear you don’t really feel the water, but you’re not exactly cutting loose either. Movement is general, not nuanced. Unless, of course, you’re Keith Malloy and stoked on your 6’0″ quad – then you’re paddling like a grom in San Clemente, scratching into wedging peaks down in the corner of a wild and forgotten beach, finding pockets, blasting the tail.

And in all that sunlight – that strange, northern sunlight that is at once almost too bright yet softly pours through the forest trees – you sit dazzled by the spectacle. Hunched over your board, the warmth of the days-long-day soaking into the black neoprene of your suit, you feel fine. The ocean lumps up outside, a green water peak rising before you now, and you paddle, feel the lift, that surging forward, and you’re surfing again, riding upright through the sparkle, in the grandeur. 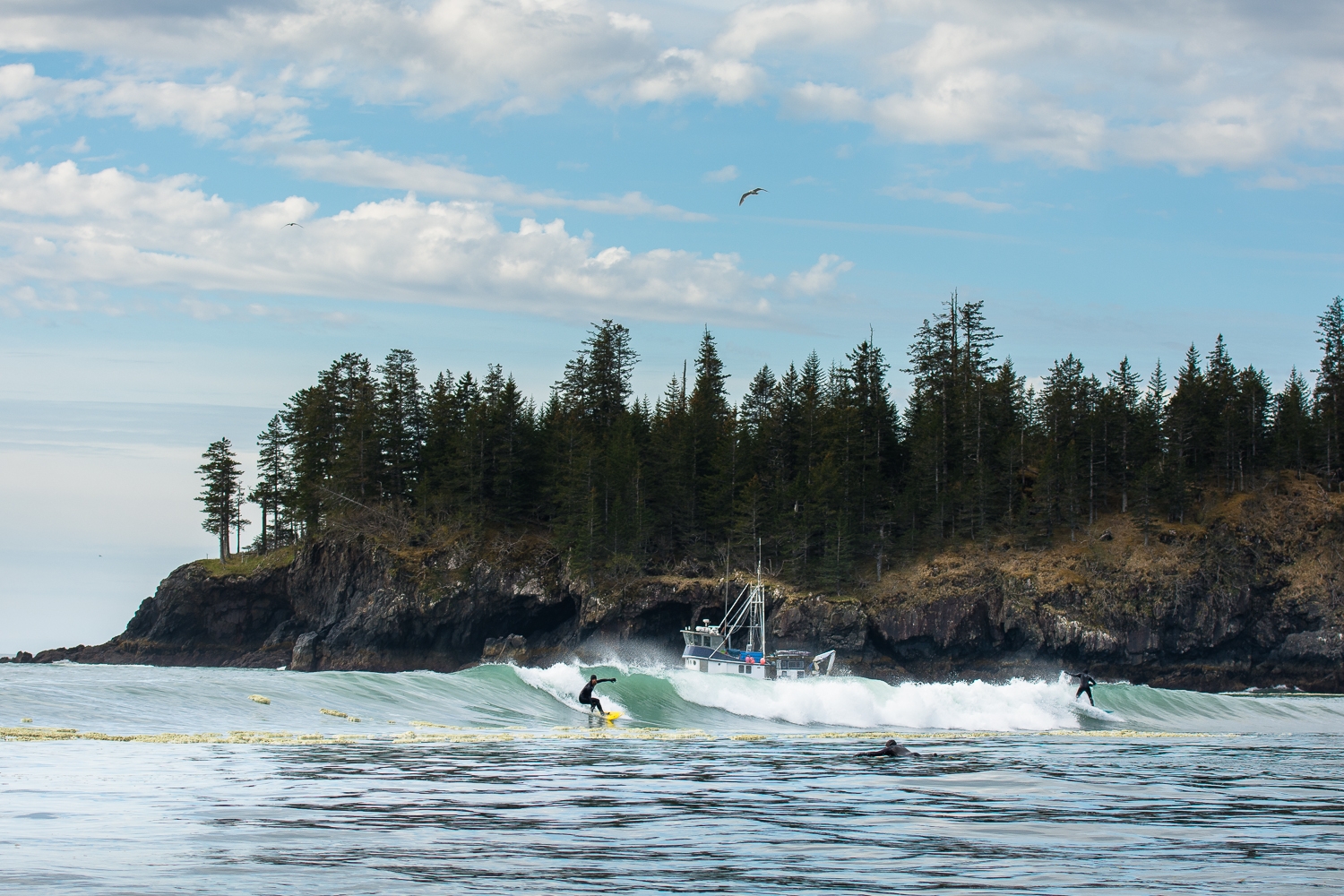 Deep in the bay, an ice field runs back through a saddle in the mountains. A rivermouth forms a good cobblestone bar, but the water is melted glacier ice. At anchor, the trusty Milo – a 58-foot trawler converted to surf charter vessel, operating out of Homer, Alaska. Keith, feels out one of the first waves of the trip. Photo: Chris Burkard 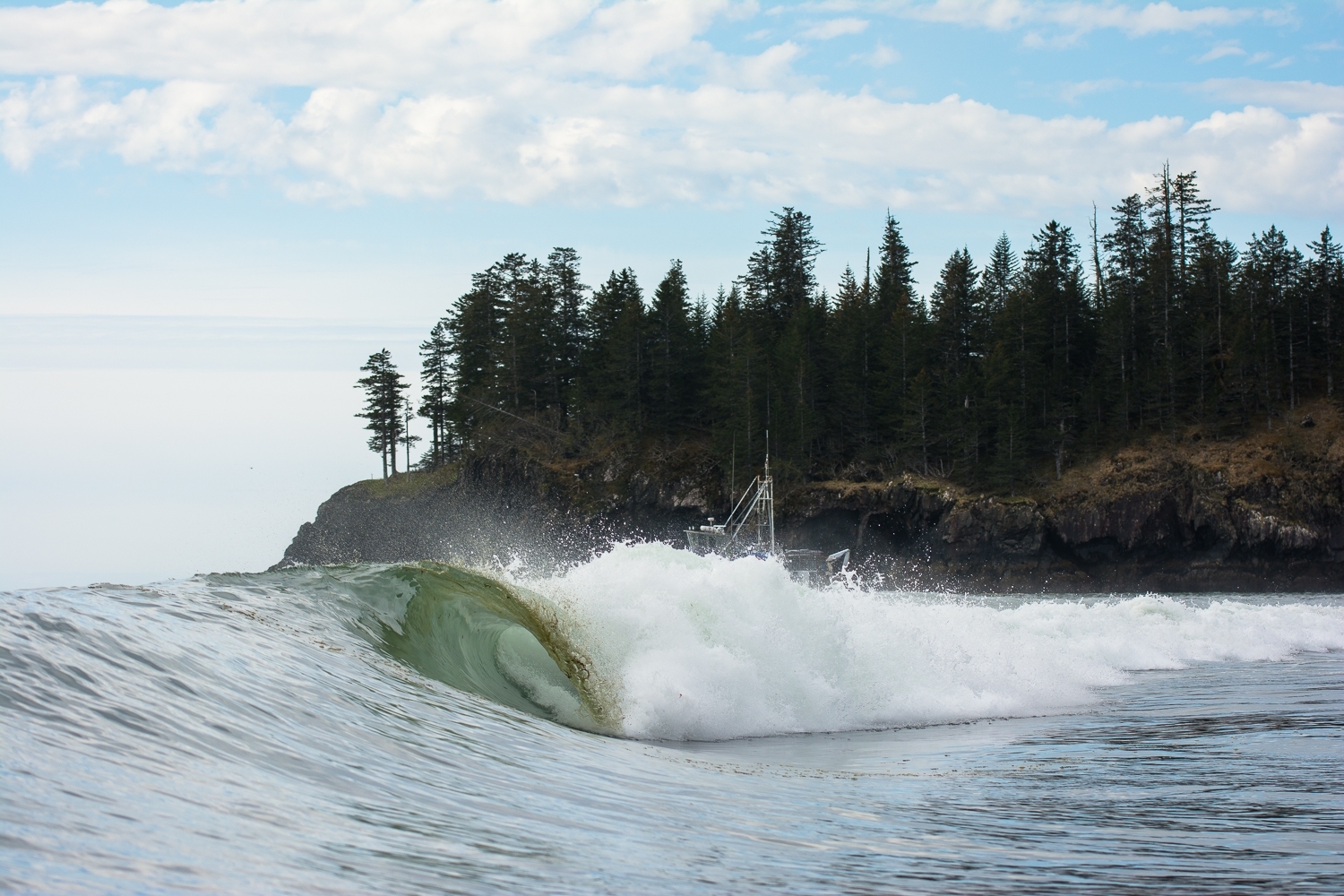 The wave stood up and raced on the inside section of the bar, but only worked for about 20 minutes until the tide covered everything. Tide, extremities of weather, and vast distances are the variables in Alaska (the cold is a given) – exploration requires an investment of time and close observation. Photo: Chris Burkard 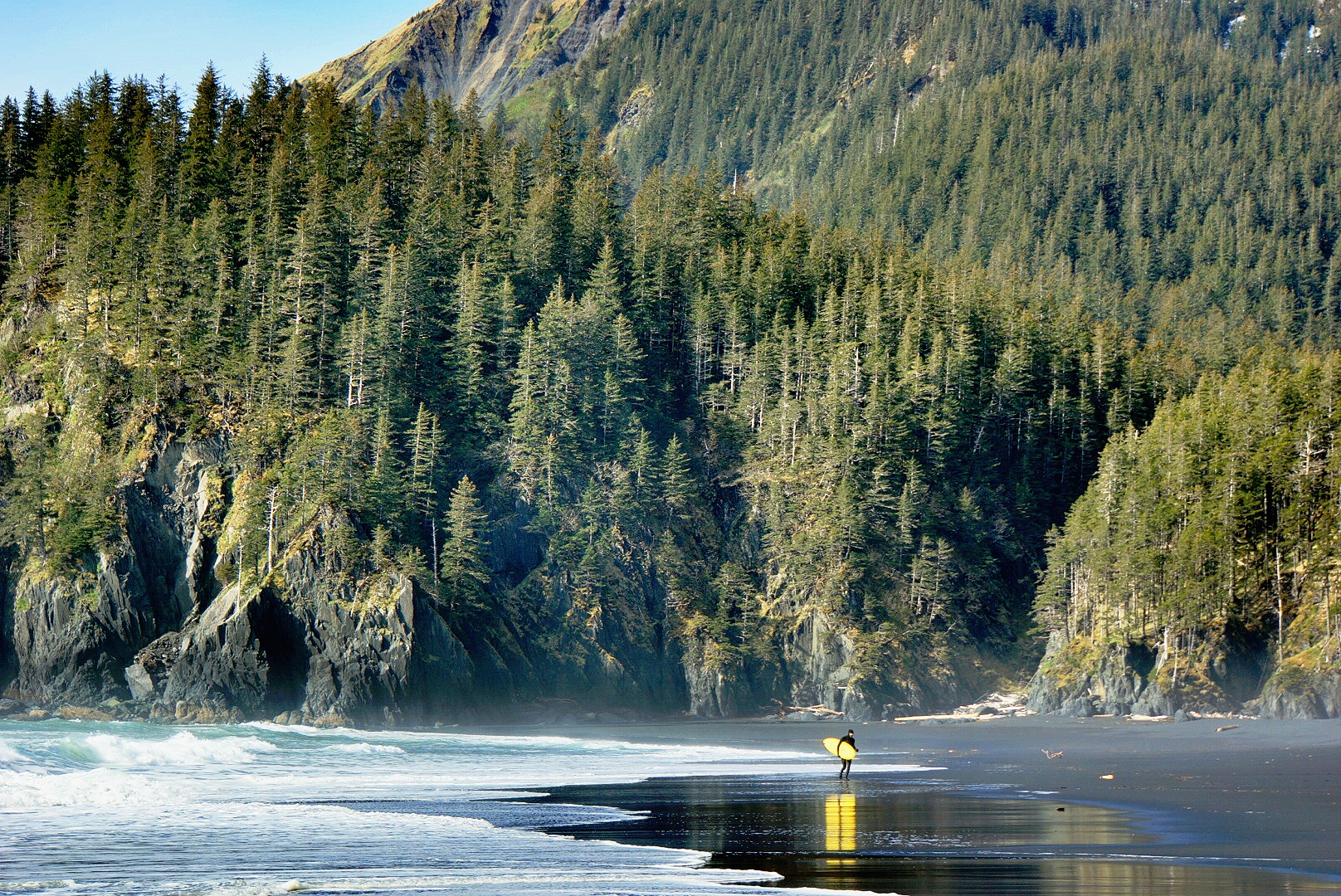 Christian Beamish, author of The Voyage of the Cormorant (Patagonia Books, 2012), lives in Santa Barbara County with his wife, Natasha Elliott, and their 1 1/2-year-old daughter, Josephine. In addition to writing for The Surfer’s Journal, Beamish is at work on a second book, shaping some surfboards and searching for a building site for the 27-foot gaff rig he has designed.

Happy Fourth of July to our American readers. Hope you have a blast over the long weekend.