If you’ve ever been far away from loved ones when disaster hits, you know how Kristine Tompkins (Patagonia co-founder and former CEO) and her husband, Doug, feel right now. They are in Argentina, while miles away, one of the Chilean national parks they founded, Pumalin Park, is threatened by the ash and toxic gases spewing forth from the Chaiten Volcano. This volcano, which has not erupted for thousands of years, sits at the southern end of the Pumalin Park near the city of Chaiten and has been erupting since May 2nd forcing thousands to evacuate. 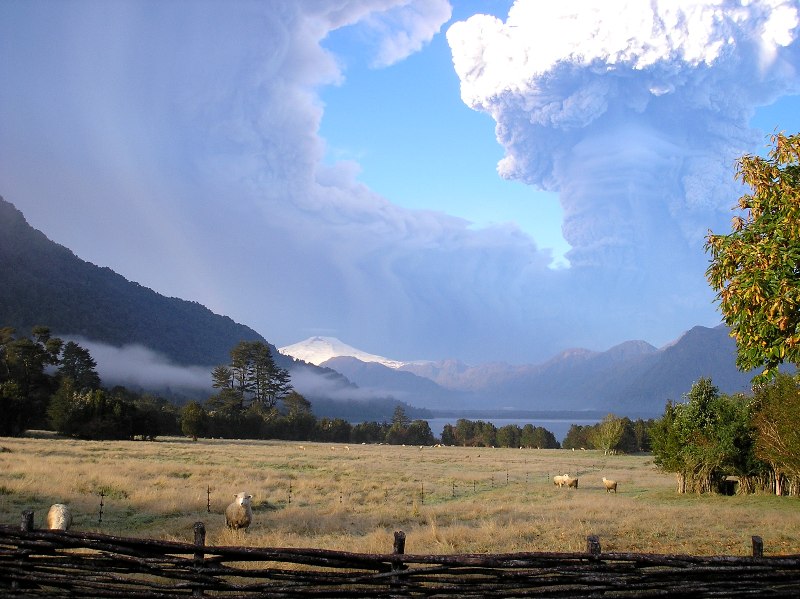 Kris has been keeping the Chouinards updated via email; hit the jump for some excerpts and insight into how the situation is changing daily.

May 2nd:
We’re here in Argentina while our volcano is beginning to erupt (the one you can see from our living room). They are evacuating all farms, Chaiten, Pumalin
to Hornopiren + dogs. Worried about what may happen to our sheep and cows.
Carolina and Carmen are helping to coordinate everything.
Appears to be the real thing.

May 3rd:
Yesterday all of our farm and park personnel were evacuated either by boat to the north to Puerto Montt or by truck south to La Junta where they could get into clean air.

The weather forecast says favorable winds (for us) for tomorrow(Sunday) and Monday, with an unfavorable shift for Tuesday … If the forecast continues with the same prognosis we will have no choice but to begin taking out all livestock and bees, no small operation.

… Doug and I are over here in Argentina while all of this is going on and Carlos, our farm administrator was in Santiago as was Dago, the Pumalin Park administrator! We’re almost never all out of the park/farms at the same time so this is especially frustrating. And of course the phones went out, and we no longer thought it necessary to have 2-way radios! We should have known better?!

May 7th:
Well, this morning we were on our way to the airport to fly in to Reni hue. A few minutes before we left the house the volcano blew again, stronger than last Friday. Obviously with this news, we didn’t take off.

Truthfully, it has been hard to do much of anything else today other than stay on the news, talking to those in the farms and park regularly and generally keeping the information flowing. Of course, I am very worried about our sheep, bees and cows but at this point, metrological guys at the big airport in Puerto Montt are saying that the winds should shift back around to our favor – so I’m hoping that our little bees and sheep will fare well.

May 8th:
As of yesterday morning around 4:30AM the last of our guys being evacuated arrived, with all of our bees, to Hornopiren. Sheep and cows can withstand ash, bees cannot.

… Today here in the Puerto Varas house it’s very crowded as we pull together our overall plan for our next step – accounting for every person, whether or not they have a place to live while out of the farms and park, where there is work that can be done (believing that working hands steady a worried mind) and where there isn’t, giving those vacation time …. We have re-opened the farm school here at the house today in the big conference room and, I have to say, it’s nice having the kids close by.

Doug flew all around the farms yesterday and the effect of the volcano on our farms is very, very light – ash in some of the back valleys but even there, not deep enough to cause serious damage. The winds have been so favorable for us, and, let’s face it, we are blessed thus far. Limited areas of Pumalin such as the Amarillo Valley have been like Futaleufu and to a lesser degree Chaiten – they have been hammered with potentially serious loses and years of recuperation.  In those cases you just have to remember (while you shake your head in disbelief) that all that ash will turn into valuable fertilizer eventually and we’ll all be singing it’s praises.

And amidst all of this, the volcano continues to blow, sputter and rumble with tremendous force and, although it’s clear nobody knows what can happen, it seems the volcanologists are waiting for it to blow with much more force before it quiets down. 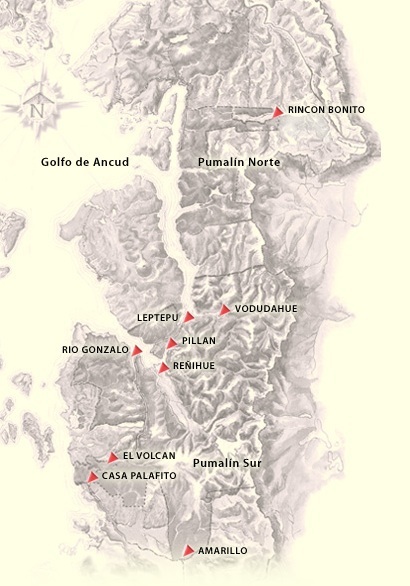 Good luck Kris and Doug. Our thoughts are with all of you.