The fall begins to bring grey weather, and we endorphin junkies and fresh-air addicts begin to get itchy. Trapped indoors as the rock gets desperately cold on the finger tips, the sun begins to hibernate, and there is not enough snow to strap toys to our feet. So we start pulling on plastic or hanging upside down from dry tooling crags with huge aspirations of climbing HARD this winter.

Whispers float through the valley. It does not matter if that valley is Canmore’s Bow Valley, or the Ouray’s San Juans, or the Alps’ Chamonix Valley. It is like the childhood game of telephone. The keeners rise early, scraping frost from the dashboards, sipping coffee en route to the crag, juggling butterflies of excitement and nervousness at the first day of swinging tools. Keenness and ambition often outweigh reason, and long approaches are made for thin slivers of ice, half-formed routes, and unprotectable climbs. More often than not, the day is spent making a long drive and approach to scare the crap out of yourself on one pitch, and then to boldly back off and walk away blaming it on the conditions.

[Zoe Hart, January 2007, back on the ice the day after getting her cast off. Photo: Maxime Turgeon]

As the cycle begins this year, I find myself in Banff, Alberta. My new tools and screws still with tags hanging on them, despite being a year old, due to a broken hand last year. I fell prey to the process of keenness, versus conditions and the headspace of early season ice, and got thrown wildly off the horse. After a 60-foot fall last year — broken into two 30-foot sections, and two impacts: the ledge and the ground — I am a bit gun shy. The desire is there, but the butterflies in my belly are more like monsters than pretty little fluttering insects.

Maybe this year I will wait to hear the words “fat” and “juicy” before I set out. 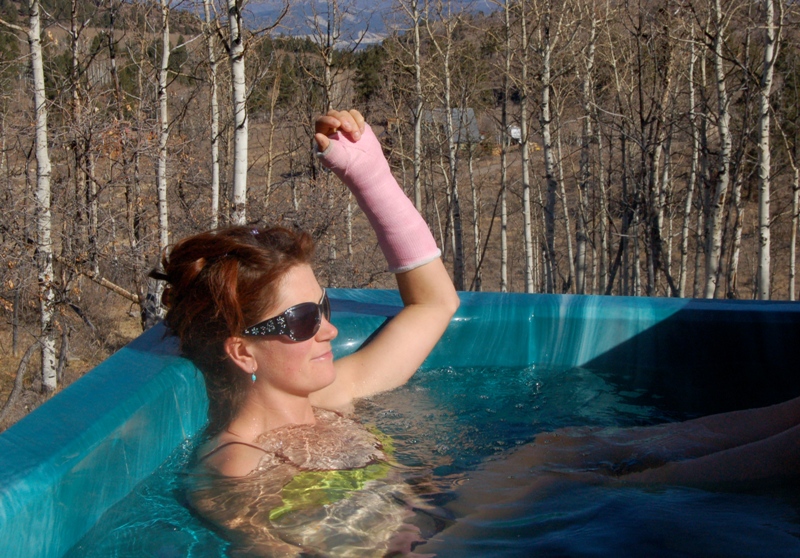 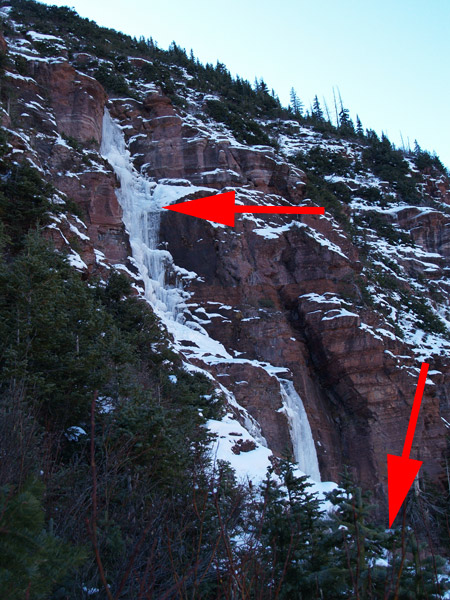 The top arrow shows where Zoe fell, the bottom arrow, where she landed. Photo: Jason Nelson 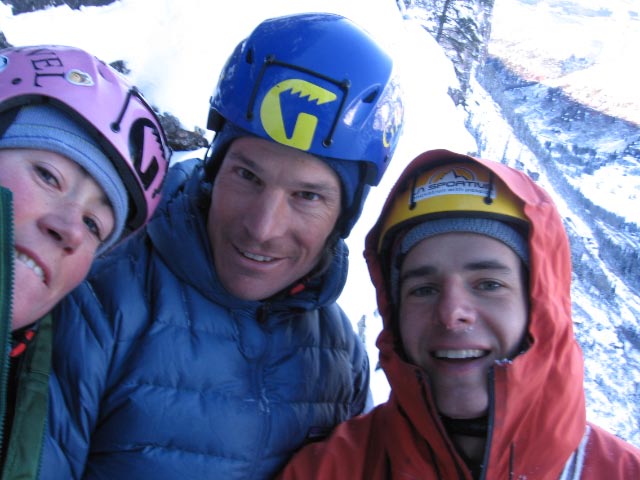 Team Grivel — Zoe Hart, Steve House and Maxime Turgeon — on Zoe’s first day back after getting her cast off. Photo: Maxime Turgeon