Eyeing up a promising looking swell chart and coming to the end of a massive restoration project at work, I jumped at the opportunity to hitch a lift in my friend Lowey’s van and get back out to Eire for some waves again. The swell was looking big and the winds not quite right but I had time on my side and I have found over the years that to get the good days here it’s best not to be in a rush and just to hangout and take the place in.

Editor’s note: Patagonia UK ambassador, Patch Wilson, joins us today with some thoughts about a recent surf trip, and a stack of amazing pictures. Thanks to Patch, Mickey Smith and Tom Lowe for sharing their photos.

Autumn time and the big lows that sweep across the Atlantic throw swell straight at the West coast of Éire along with a lot of weather. In between weather fronts, when the wind is switching around and easing off a little, you can score perfect slabs, points and beaches if you know where to look on the right tide, wind and swell direction. It’s a gamble of: Should we go here and check this slab or here instead and check this point? But when things come together, it’s well worth the waiting and searching.

Hanging with Fergal Smith, Tom Lowe and Mickey Smith is inspirational stuff. Those boys charge hard and Mickey is always on hand to capture some crazy images whether it be in the water, in the thick of it, or on land looking for a new angle. It’s been a pleasure to watch and be involved over the last six or seven years as these boys have evolved into some of the best slab surfers in the world. 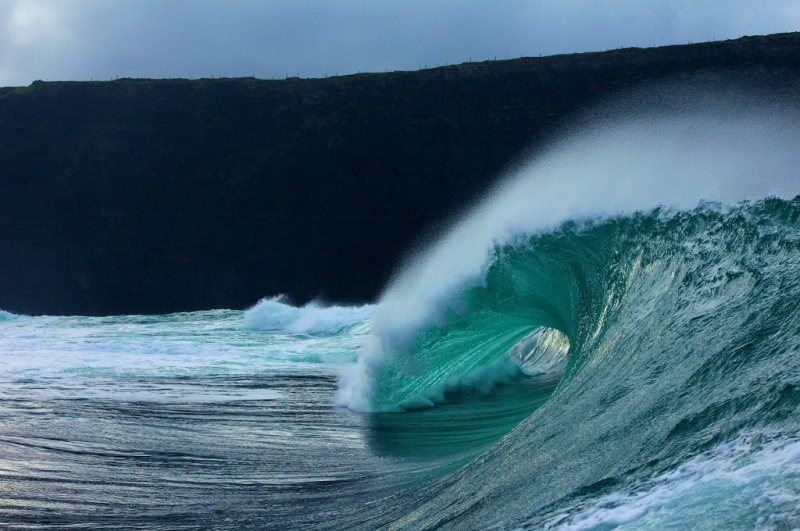 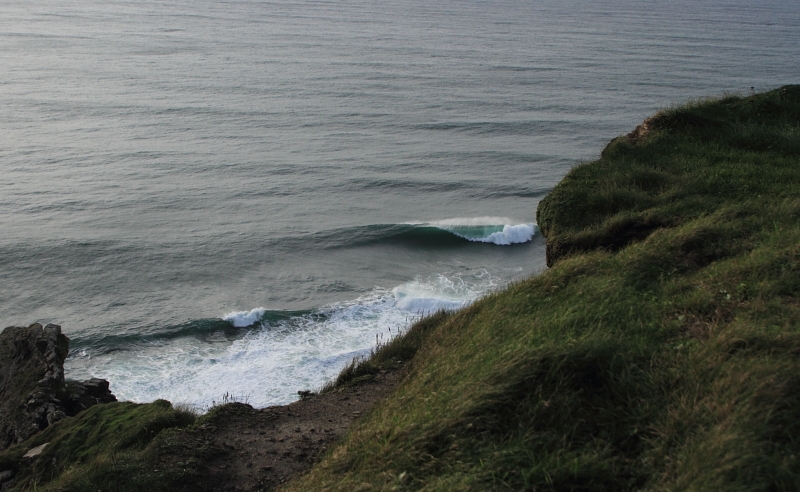 [One of the few good rights. Photo: Tom Lowe] 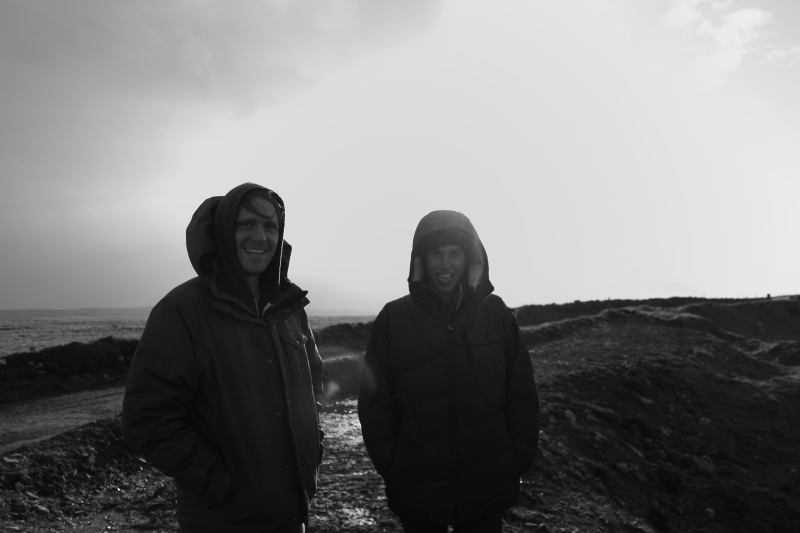 Cruising around looking for waves here is a different ball game than a lot of the places I have been. Sometimes you will walk 30 minutes through fields full of farm animals and peat bogs before you get to ride any waves, which for me just makes my surf all the more satisfying and generally a lot less crowded. Some of the spots are suffering from litter and general waste. The government makes people go to a depot and pay to get rid of their waste and recycling which leaves the system open to abuse. In some places, shorelines are covered in plastic bottles and bags. Fishing nets, buoys, old crab pots and line, disregarded by fisherman and the public, are a commonplace sighting on your walk out to any point or slab. After most surfs, we started spending half an hour just picking the plastic bottles up for recycling. Within no time at all we had collected crates full of bottles.

Surfing slabs definitely comes with its hazards though as I’ve found out before, and now and again on this trip. At one point, I had to wait to see if a heavily swollen ankle and stiff knee were going to be the calling card for the end of my trip after a solid beating into the bottom of a shallow slab. Or, what I hoped would be the case, I’d rest up and get to go again in a few days time with another promising looking week ahead for swell and wind. 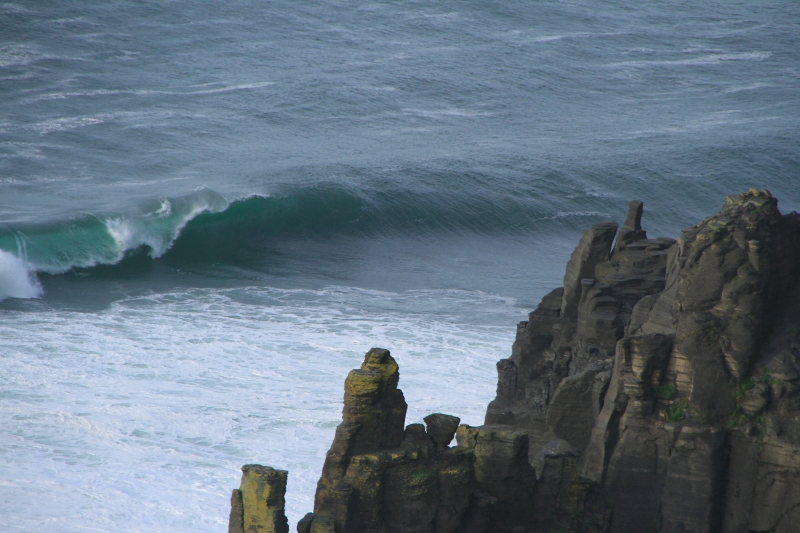 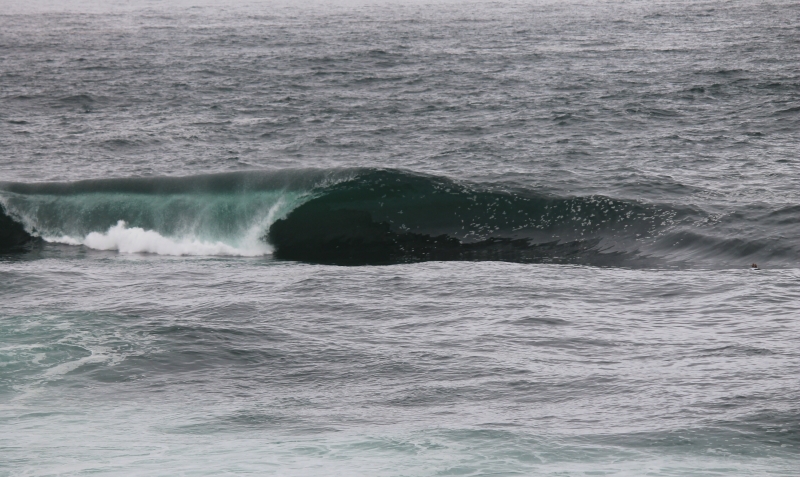 [Look close and you can see my mate Tom in the bottom right corner. Photo: Patch Wilson] 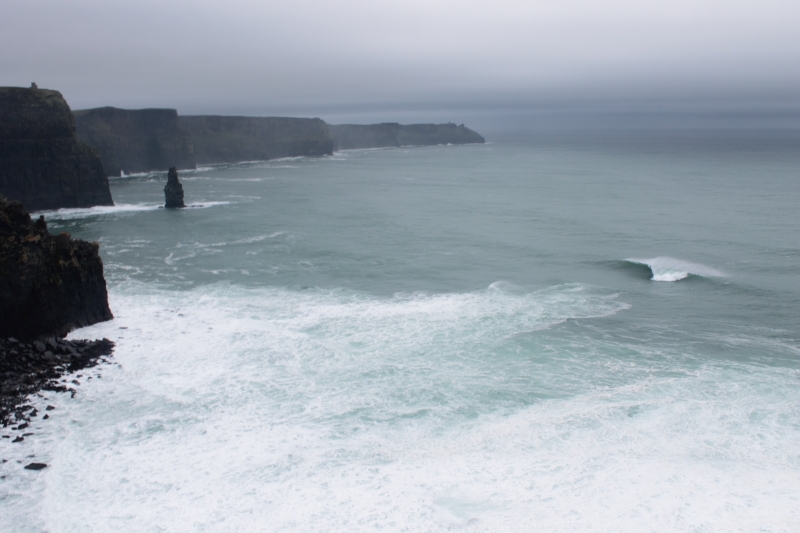 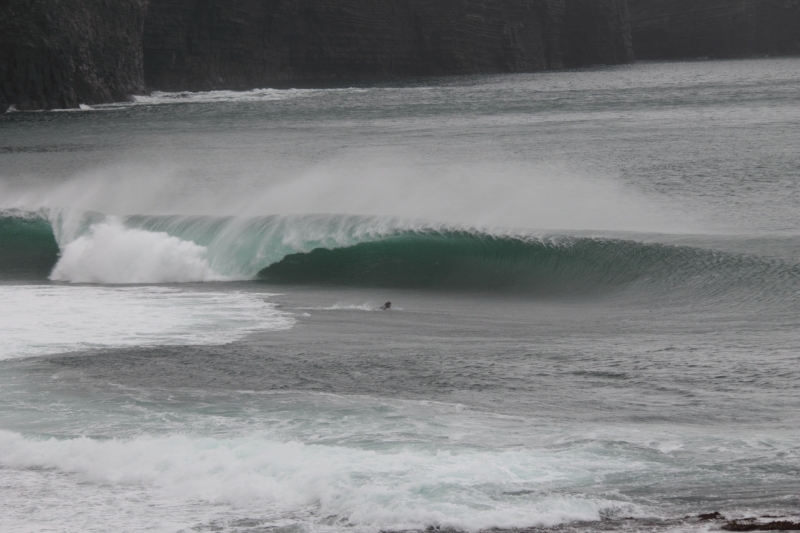 Taking a few days out was a treat and I got to take in the surroundings of Fergal's house which is a couple of miles in from the coast and set a top a big old hill looking back into a lush valley of rolling hills and Scots pine trees. His neighbours are all super friendly and will quite happily sit back and talk story for hours on end as seems to be the trend in Eire. Nothing more important than a good yarn. The best pubs here are people’s front rooms, and when you enter the landlord will often come out from the back somewhere, after having dinner with his family, and proceed to pour the best pint of Guinness you will ever have.

In the end I was lucky enough to experience an amazing run of swell and good winds while on this trip and rested my ankle enough to set a line and run for the shoulder on a few. A couple of sessions really stand out at a slabbing left that is so perfect and so dangerous at the same time. One eight- to ten-foot day, I managed to snag one of the heaviest waves I have ever had out here thanks to the boys. Also memorable: another session a few days later when it was just about paddleable and super perfect with a crazy light turning the barrels a golden green colour.

Thanks Éire for yet another amazing trip and thanks to the crew here for being so hospitable and making me part of the family again. 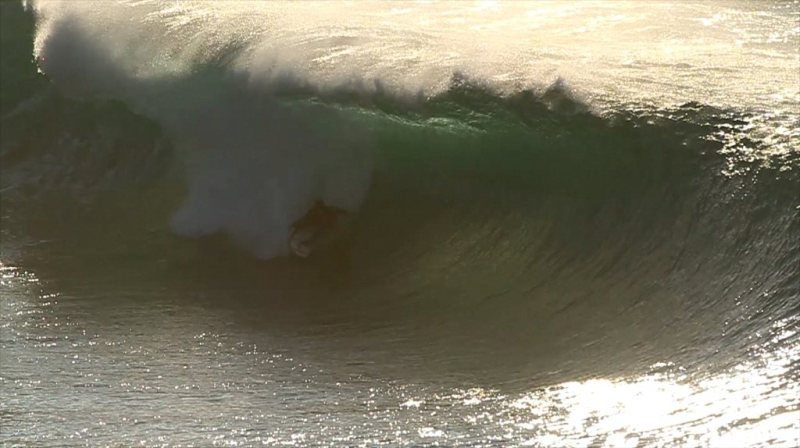 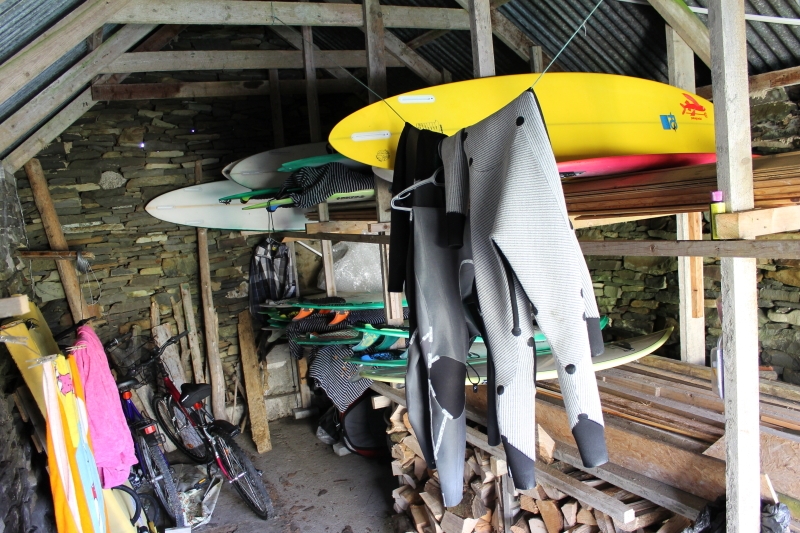 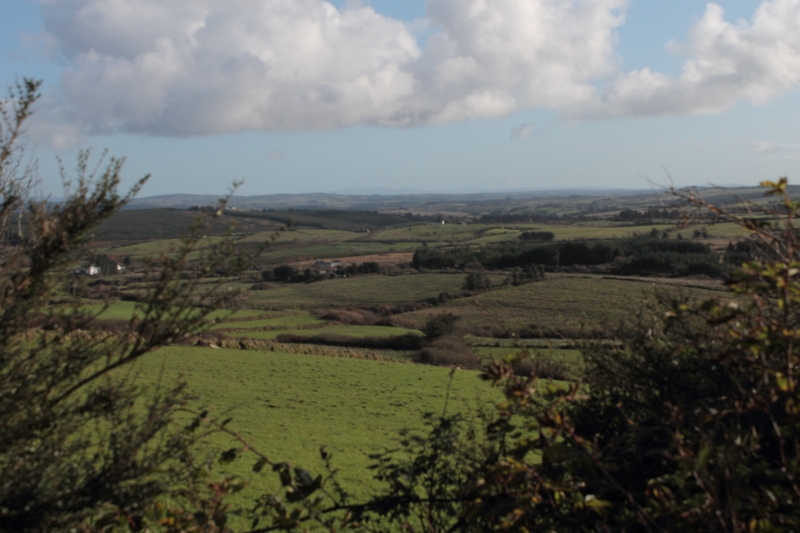 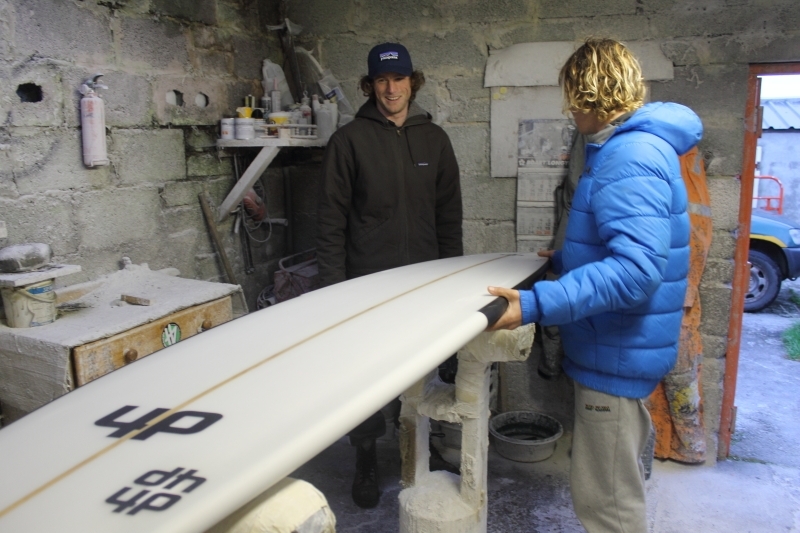 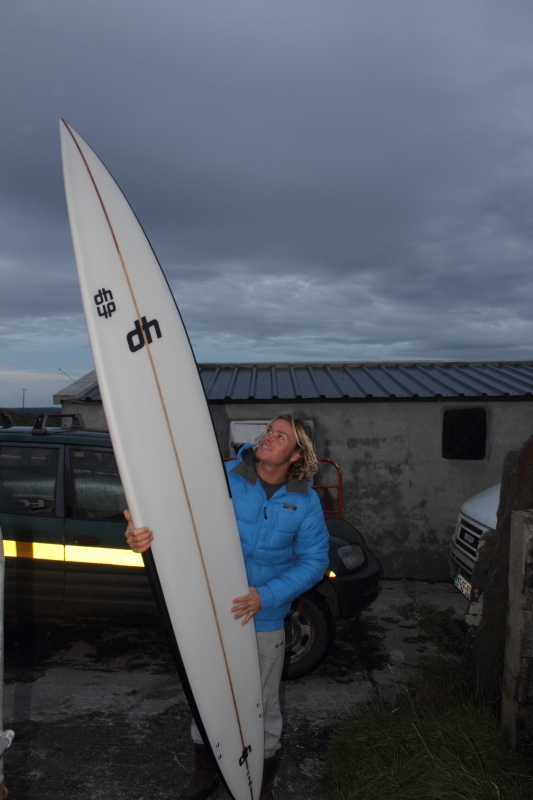 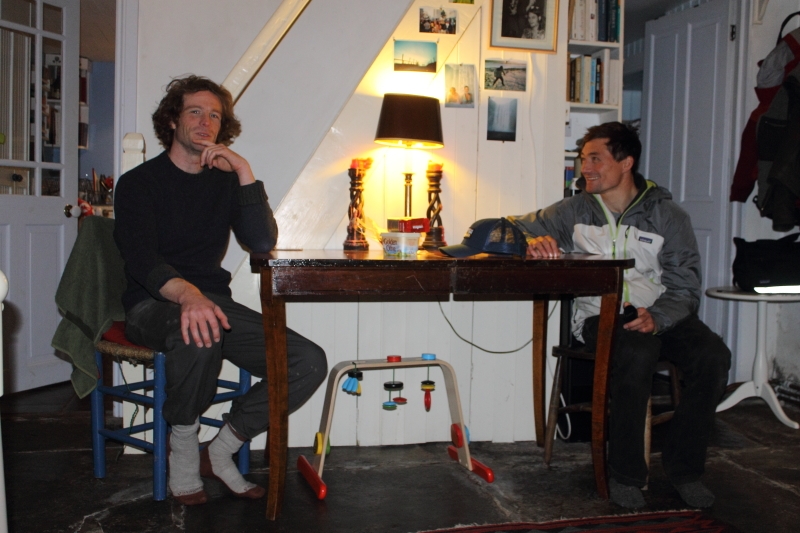 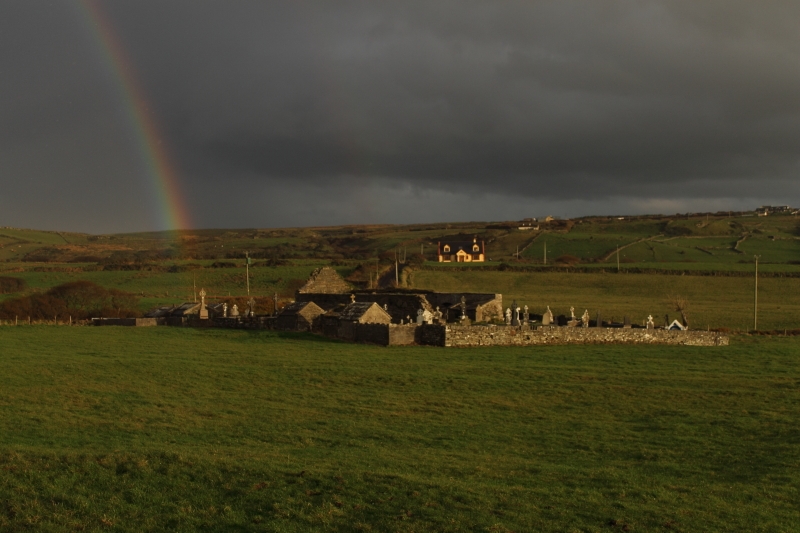 Update: Here's some video footage from this trip.

Patch’s friend, Mickey Smith, one of the photographers from this story, recently gave a Do Lecture about Trusting in the Things You Love. You might remember Mickey from the Dirtbag Diaries episode, Live from 5Point Vol. 2. If you have 20 more minutes, give his talk a look.

[Video: Do Trust the Things You Love from Do Lectures]