“You guys are idiots,” Cousin Bob told us over the pay phone. “I’m coming to get you.”

I don’t know which I do better, come up with stupid ideas or talk others into doing them. In my defense, I will say that my ideas seem a lot less stupid since being hobbled and wiser with age. Granted, I can’t say that the latter came on its own, versus being a de facto function of the former. But I’m getting smarter. Take, for example, last weekend. My good friend Craig Scariot (CFS) did the Kat’cina Mosa 100km mountain trail race. Me? I made margs and cheered him on (a.k.a. “crew” – when you’re as anti-social as CFS, that’s what you get). 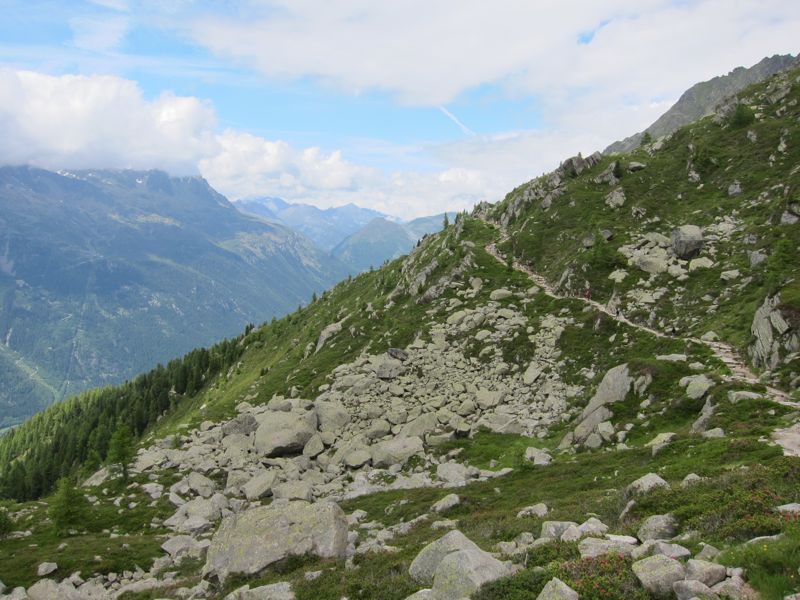 [Hikers and runners along a trail in the Mont Blanc massif, France. Photo: Kelly Cordes]

OK, so I’m a huge fan of ultras – by the way, Krissy Moehl is defending her UTMB title and women’s course record (from 2009; race was cancelled last year) the last weekend of this month, so a big shout-out to Krissy – Gooooo Krissy, woohoo! – and, truth be told, I’m only a tiny bit jealous. I used to run, before shattering my leg. Used to be my favorite thing besides climbing. Little-known fact: I was the first woman finisher at the 1993 Seattle Marathon. In short, loathe though I am to admit it, I used to have a pony tail; and, of course, I have a girl’s name. So when I crossed the finish line, the announcer surely thought me an ugly girl and announced, “Let’s cheer home Kelly Cordes, this year’s first woman finisher!” I didn’t say a word – a person like me should take whatever he can get, and sometimes it’s the little victories in life that count.

Where the hell was I? Oh, Cousin Bob (not my cousin) and stupid ideas like ultras. Much unlike, say, climbing for 40-some hours, or suffering through unplanned bivies that you basically knew were going to happen but simply pretended, in your oh-so-clever mindset from the comforts of base camp, wouldn’t be a problem. Like if you don’t talk about it, it won’t happen. 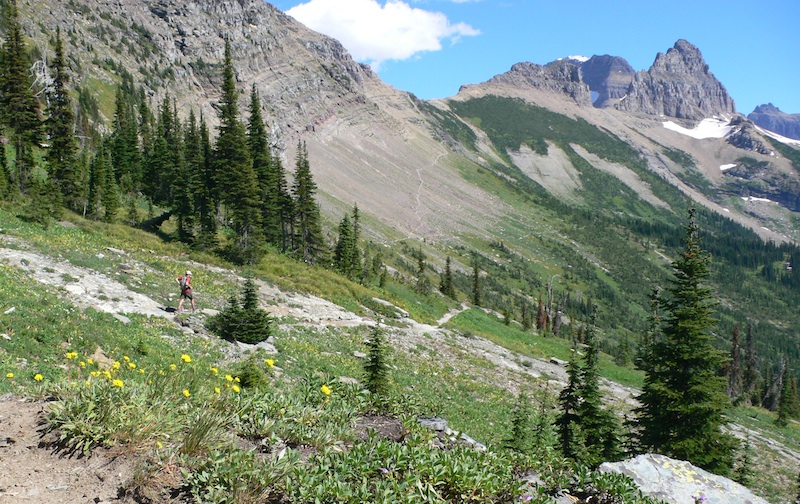 I never would’ve been much good at ultras myself. My initial enduro roots, if you will – otherwise put as my initial “really really bad idea” – came in the summer of 1992, when I’d just moved to Missoula, MT, from State College, PA, where I grew up and went to college. I had this idea, not sure where it came from or why I thought it a good idea, that my friend Mark Veratti (V) and I should ride our bicycles across the country. He was living back east, was always fit and easily convinced. He told me to do the planning, and he’d be in. Only problem was, I didn’t really plan much, and didn’t realize that prevailing winds go west to east. So we started with our rear tires in the Atlantic Ocean, had small panniers on back and jimmy-rigged gear. Didn’t bring much, figuring maybe a change of shirt and rain gear and a few other things would do. Sure enough, it did. Kind of.

We were a little over two weeks in when we rang Cousin Bob from some small town east of Boulder. Not only was he right in declaring us idiots some 20 years ago, but, sadly, it wasn’t the last time my intelligence would be questioned. Can’t remember where we called from, and I didn’t keep a journal and didn’t have a camera. Can’t remember why – I think I figured I didn’t want to be bothered with any of it (“I keeps it real!”), and this was prehistoric times, mind you, long before we could babble endlessly on the interwebs, as proven by this post. Don’t even remember if we had electricity back then, but they had Polaroids – a couple of people sent ‘em to us (now I can’t find them).

Mostly I remember the rain, the wind and the tornadoes. Summer of ’93 was especially bad, with historic floods and tornadoes ripping around constantly, and I recall a night somewhere in the Midwest where our radio warned of tornadoes 20 miles away. V and I pedaled as fast as we could until we were too tired and just laid down in a ditch in the middle of the night, and the last words we heard before turning off our radio were warnings against staying in cars or mobile homes. “Good thing we aren’t in a car or mobile home there, Bubby,” V said before dozing off in the scrubgrass. I always thought he’d make a good alpine climber.

So anyway, Cousin Bob was somehow living in Boulder, and somehow had scored a housesitting gig in a $6 million mansion atop Flagstaff, right on the Continental Divide above Boulder. We had like two weeks left in our trip, and you can imagine where this went…two weeks of alternating between bombing down Flagstaff (hitting 54 mph on our bicycles), hopping bars in town, mountain biking the trails, and endless barbeques and parties with cool hotties up at the mansion (Cousin Bob was one of those guys for whom, somehow, things always worked out and we happily drafted in his wake). Continue biking to the Pacific? Fuck that noise.

During those two weeks, come to think of it, Cousin Bob took us rock climbing – top-roping some crag in Boulder Canyon. One of my first days climbing, and my first in the ‘Rado. I guess sometimes one brilliant idea leads to another.

Anyway, I don’t know what happened to Cousin Bob and I haven’t talked to V in years, though I’m sure we’d pick-up right where we left off. Maybe he’d even join CFS and I for something stupid.