Patagonia’s environmental internship program is sending about 20 employees into the field this year to volunteer with nonprofit environmental groups around the world. The company pays employee salaries and benefits for up to a month while they work in D.C., Kenya, Kauai and other locales. Ari Zolonz, an employee in our Portland, Oregon store, spent the month of October working with the Native Fish Society. Here’s his account: 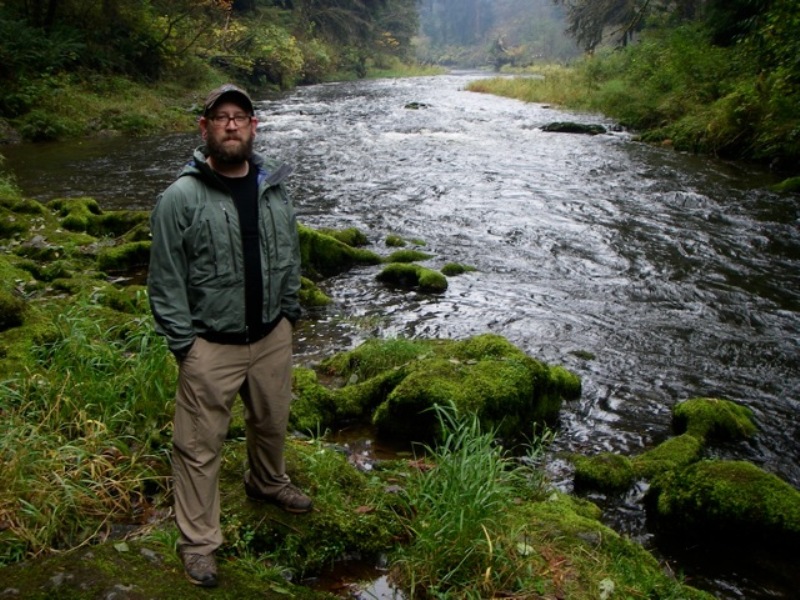 When trout season is in full swing and the truck is in some kind of working order, forget about finding me anywhere near concrete. I’m gone every day I’m not working in Patagonia’s Portland store.

As an angler concerned with the declining state of nature, I support various environmental groups with a small amount of cash. So when the opportunity arose through Patagonia’s environmental internship program to volunteer with one of my favorite groups, the Native Fish Society, I jumped on it.

Based in Oregon City, Oregon, the Native Fish Society is devoted to the conservation, preservation and restoration of wild native fish in the rivers of the Pacific Northwest. They work with federal and state agencies to improve fish-management policies, and encourage the public to get involved with issues affecting their waterways and the fish that inhabit them.

[Home to native steelhead and salmon, Drift Creek is a coastal run. Ari found this one to be much healthier than other streams he visited that flowed through intensively logged landscapes. Photo: Ari Zolonz]

Though I had hoped to spend most of my internship running up and down rivers, splashing around, saving native salmon and steelhead one by one, I spent much of October dealing with the complex issues affecting native fish. I did get to hike some rivers with river stewards, discussing fish policy, habitat, and challenges. I also helped to count salmon redds (nests) and take part in a study on the Molalla River.

One day, I even served as outdoor educator to a group of rural high school students. I spoke with them about Patagonia’s environmental work, as well as river entomology and the lifecycles of salmon and steelhead. We captured several critters and discussed the food web they’re part of. I also spent days in the office working on river descriptions for the Native Fish Society’s website.

But by far, my favorite task was “nutrient enrichment” on the Molalla River, a beautiful northwest gem, into which I chucked hundreds of hatchery salmon carcasses. Smelly, slimy, and glorious is all I can say. As these salmon break down, and their nutrients reenter the ecosystem, they feed everything from the tiniest macro invertebrate to the largest trees.

It was really satisfying helping to enhance the health of a wonderful stream. I plan to fish it next year and hope to see how that explosion of nutrients I delivered benefited the insects, trout, salmon and other organisms that feed on them. I’ll consider it a purely scientific investigation. But if I end up with a smile on my face, well, so it goes.

My internship was a great opportunity and an excellent learning experience. Being able to donate my time to the Native Fish Society has enriched my life, along with that of the rivers. 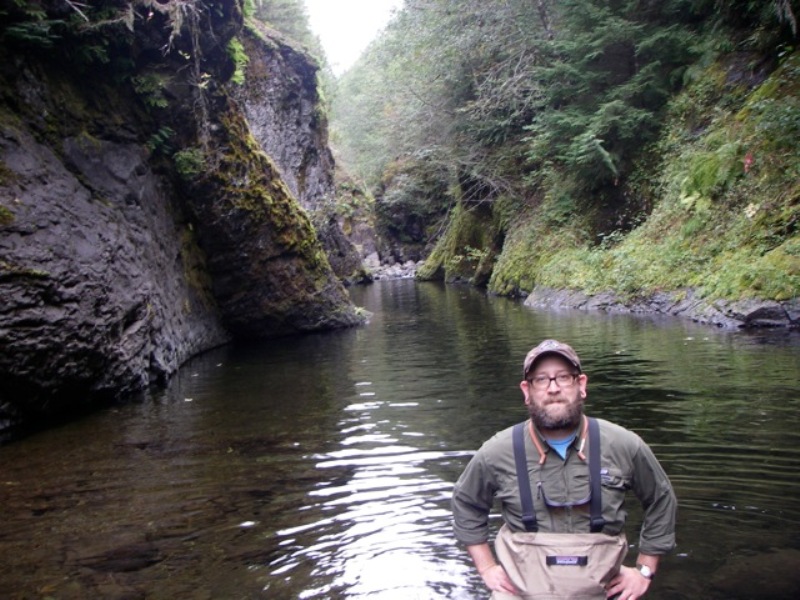 On the first day of his internship, Patagonia Portland’s Ari Zolonz waits to take a boat to see a salmon redd (nest). Not many people have seen the hidden gem he floated to. 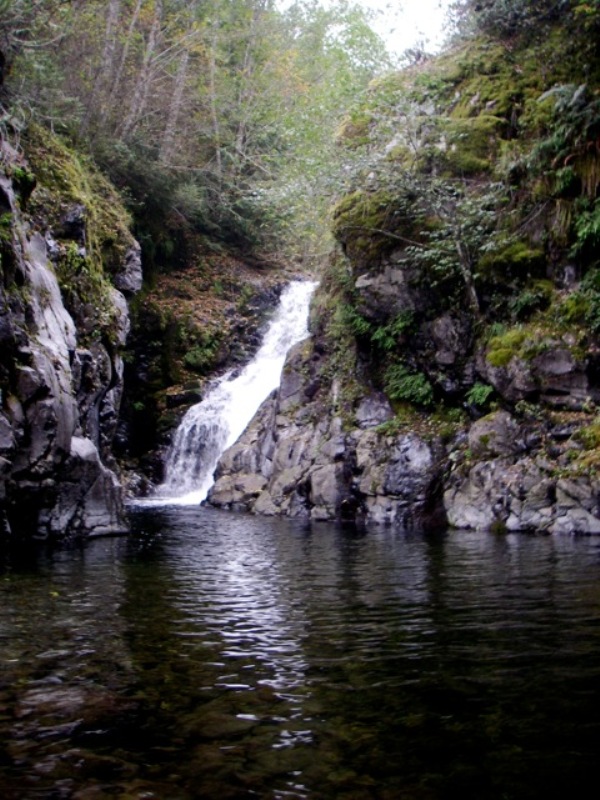 The end of the line for upstream migration, the pool below these falls was home to a huge redd. 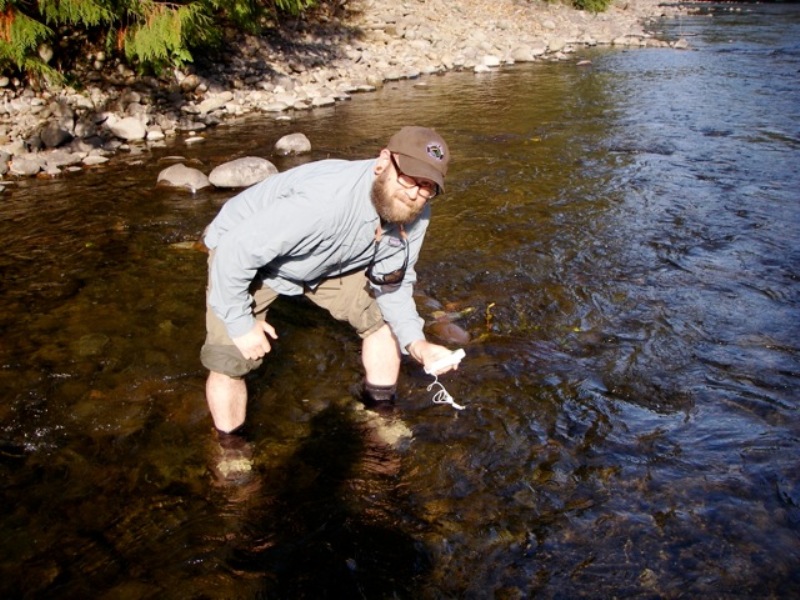 Ari takes the river’s temperature – ahhh, a refreshing 50 degrees – as part of a longterm study of the Molalla. 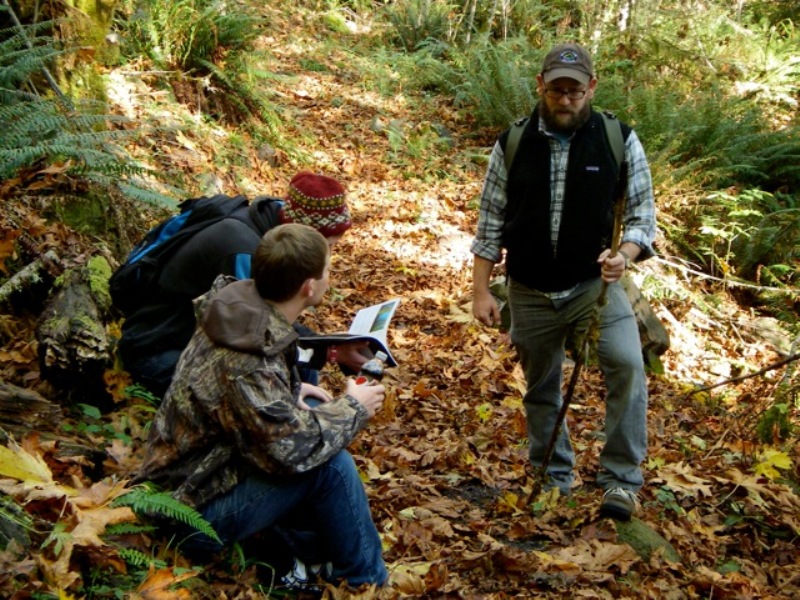 Ari describes the lifecycles of anadromous fish and their place in the ecosystem to high school students as part of their environmental education curriculum. 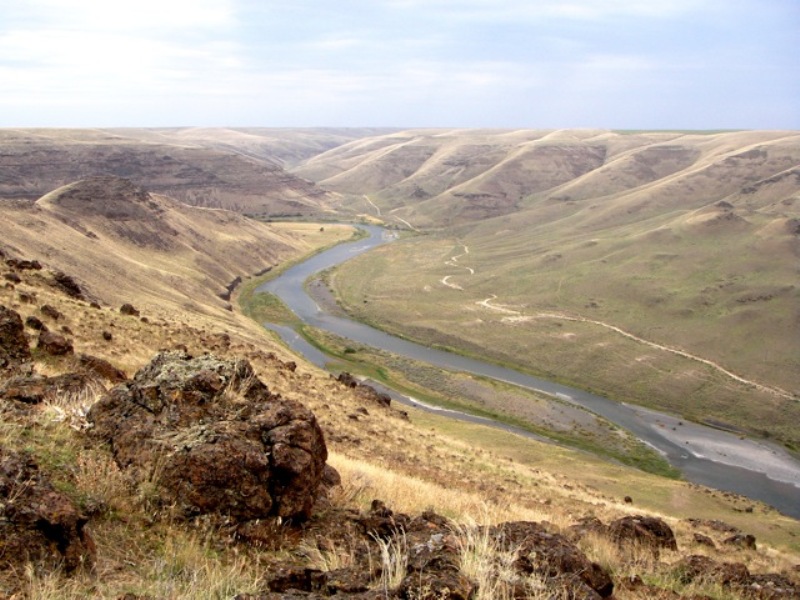 The John Day River, where Ari took a tour with a district biologist and one of The Native Fish Society’s river stewards – two people with similar concerns about native fish, but different backgrounds and jobs that make agreeing on fish issues rather difficult. 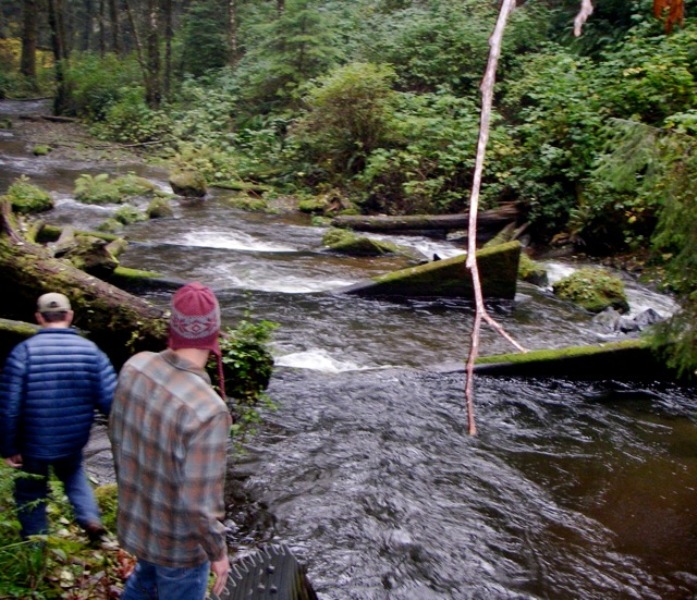 This fish ladder, built below a culvert on a coastal stream, helps fish to reach their spawning grounds, but needed some work. 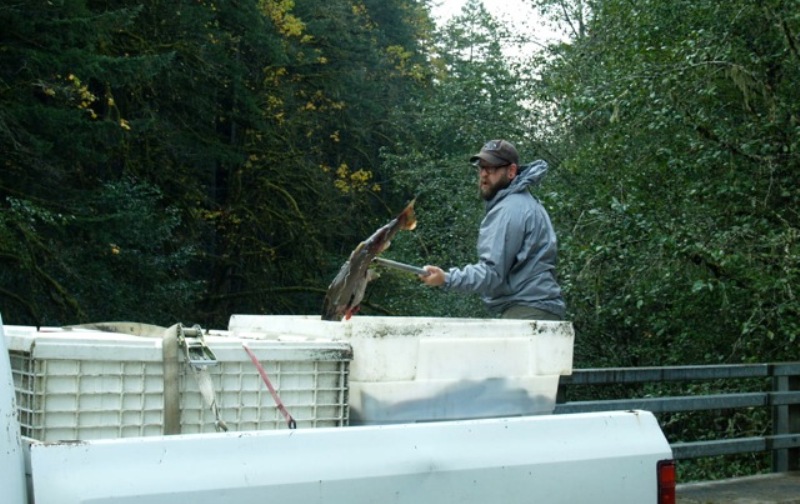 Ari chucks hatchery salmon carcasses off a bridge into the Molalla River as part of a nutrient enrichment project. Each white container held dozens of hefty hatchery coho. 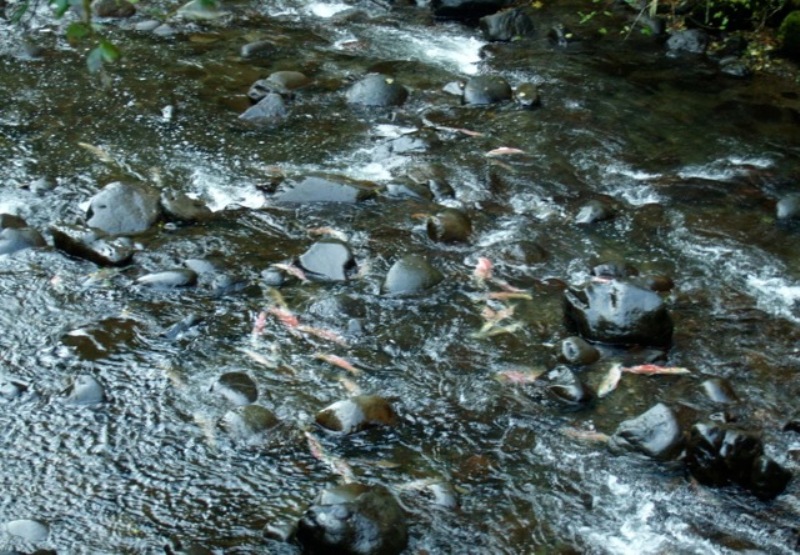 Let the feast begin. Coho carcasses are swept downriver on the Molalla, supplying important nutrients to the ecosystem. 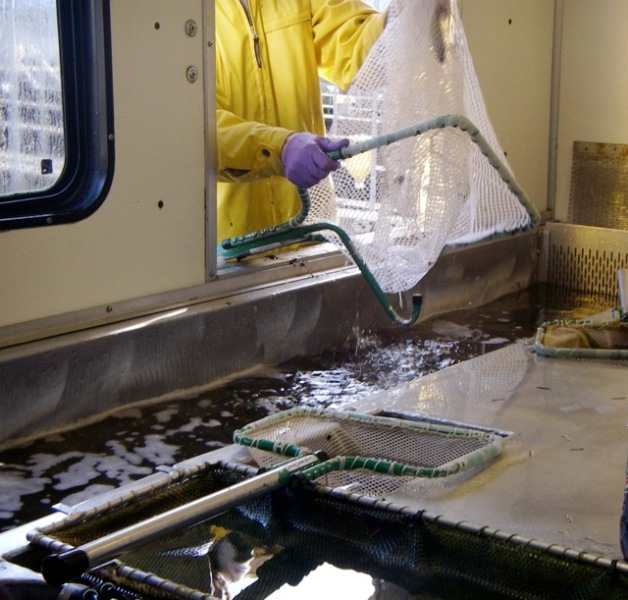 Steelhead raised at a hatchery are dumped into a mobile fin-clipping station where they are marked as a hatchery fish destined for the dinner plate.