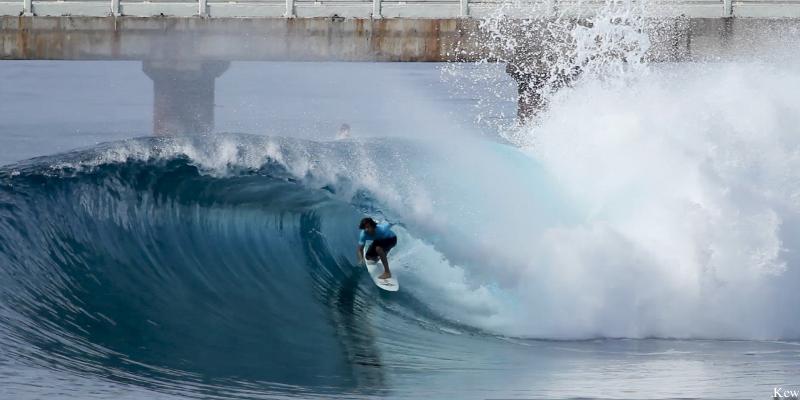 From “The Five Pillars of Lakshadweep,” Chapter 17

“Don’t let me pass out, man. We’ve got to stick together.”

Outside, pale moonlight glints off the warm Laccadive Sea. The 89-meter M/V Lakshadweep Sea sways from side to side, motoring east at nine knots while Chadd Konig, also in the room, is awakened by the lanky sleepwalker.

The two step outside. Gordon’s balance is off. On the bulwark he rests his elbows. His shoulders feel sore. So much surfing lately. So many great waves. With Konig he ponders the universe and watches the sea slide by.

There, beyond the horizon, Somali pirates prowl for big boats like this. The isolation of Lakshadweep’s palmy atolls has lured the slitted eyes of East African predators who, armed with grenade launchers and Kalashnikov rifles, seek ransom for seized cargo. Can be any cargo, really. Freighters and oil tankers are preferred. Unfortunately the Lakshadweep Sea holds nothing but islanders and Indians, 260 of them, bound for the port city of Cochin. It’s a 21-hour sail.

We’ve got to stick together!

For pirates, this is no comfort zone — Lakshadweep is 1,600 miles east of Somalia. But with hijacked ships, the Somalis have widened their gaze to cover 2.5 million square nautical miles. In 2010, across the northwest Indian Ocean, they seized 1,181 hostages and gained several millions of ransom dollars, about 30 percent of which were sent to al Shabaab, a Somalia terrorist group linked with al Qaeda.

In early 2011, Lakshadweep brushed with Somali piracy, some violent. The uninhabited of Lakshadweep’s isles may offer sanctuary to pirates, drug smugglers, and Islamic terrorists. Last year, three were found on one of the atolls we surfed. Gordon and Konig are blissfully ignorant of this as dawn fills the sky.

He turns his head to the right, then left. Assalamu alaikum wa rahmatullah — “Peace and blessings from Allah be upon you.”

Elsewhere in the ship, Jones, Anderson, and Gibbens doze inside dreams. Peace for them. And for the past week, Allah’s blessings came from blue skies and the southwest Indian Ocean — long-period swells that tonight ease the ship to and fro. Swells that rake the clean coral reefs of Lakshadweep, 12 atolls that geographically are sewn to the Maldives and the Chagos archipelago. It’s a surfy zone, this.

Gordon’s pupils shrink. He’s awake now. The sea looks different — different from the warping blue guts of a Lakshadweep tube. Those are familiar to him. Konig concurs.

“Did that just happen?” Gordon asks, scratching his unwashed head. “Did we really get that barreled?”

Back on the atoll, between prayers and working in his father’s sundry shop, the young Muslim man had watched the five surfers leap from the pier and repeatedly disappear in and emerge from waves. In Arabic, his father called them “water tunnels.” With his friends and family and many of the passengers on this ship, the young Muslim man sat and stood on the white concrete railing, his dark face and beard catching the salt mist from big sets as they blasted through the pilings beneath him. The pier trembled.

The young Muslim man grew vexed at the government that poked this thing into the center of a surf zone. Boats can’t dock to it. And since the reefs are environmentally sensitive, locals can’t fish from it. The pier is useful only as an extension from the coconut confines of atoll life and to watch surfers, but nobody surfs in Lakshadweep. Yet. Konig left a Cossart alaia, Anderson left two snapped Hayden thrusters.

Today the young Muslim man feels fresh. He’s going to see his younger brother and older sister. And the fajr is his favorite ritual because it connects him to Allah at dawn, his favorite time of day.

He walks upstairs and outside. The warm wind wipes his face as he inhales deeply. He waves at Konig and Gordon, up towards the ship’s bow.

Cochin is near. It’s his big-world downtown, a noisy, stinking, crowded sprawl of high-rises, a snake pit of sweat and slow traffic. It’s his sister’s temporary home while she attends Cochin University of Science & Technology. She wants to be a marine biologist.

The young Muslim man thinks that, next month, when he returns home, if pirates don’t get to it first, he’d really like to try that alaia. 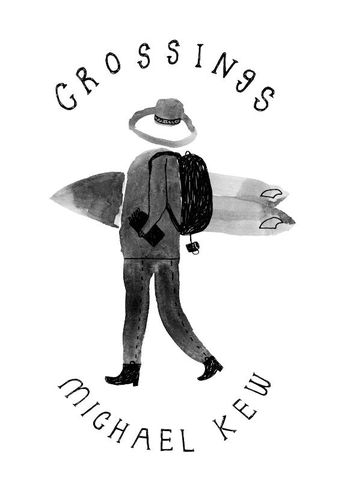 “With an ear wired for dialogue and a perpetual curiosity particularly piqued by cultures of the far flung, Kew’s trademark brand of wordsmithing is typically wielded after adventures  —  often solo ones  —  to islands and atolls in forgotten corners of the South Pacific or the Indian Ocean, places that your travel agent isn’t even sure how to get you to.” — The Santa Barbara Independent