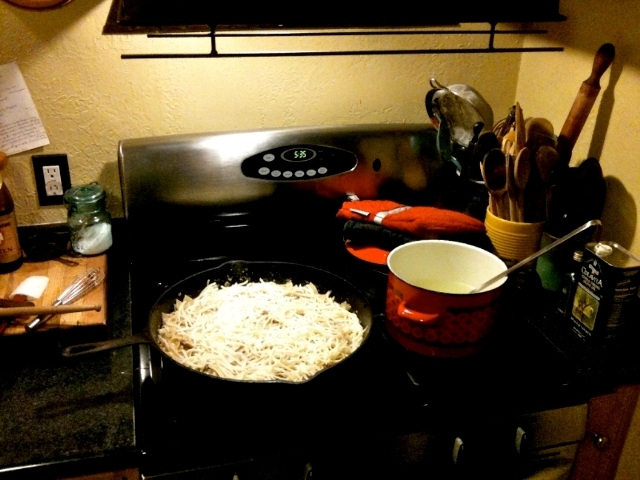 We leave for Sicily tomorrow and I have to admit that despite new-route potential on 300-meter-tall Mediterranean seaside cliffs, I’m almost as excited to eat and drink wine. I read in the Lonely Planet guide that, “Most Sicilian dishes fall into the category of cucina povera (cooking of the poor), featuring cheap and plentiful ingredients.” Sounds like a perfect dirtbag diet to me!

I’ll no doubt come home with some great new ideas for dirtbag cooking, but until then, here’s another favorite of mine that is simple, tasty, and most importantly, uses only a couple of dishes.

It’s a common occurrence at our house in Salt Lake City; a guest goes to the liquor store to get “real beer” (non 3.2 grocery-store beer), discovers that it’s impossible to purchase chilled “real beer” (yet another convoluted Utah liquor law), buys it anyway, brings it back home, becomes too impatient to wait until it chills in the refrigerator, puts it in the freezer, pilfers our liquor cabinet in the meantime, knocks back a few fingers of our best tequila, forgets about the beer in the freezer, and I find said beer in freezer the next morning when I go looking for the coffee.

By now it’s an exploded mess of frozen foam, resembling a 7-11 cola-flavored Icee. The beer our guest du jour has chosen is usually some overrated, over-priced, over-hopped, over-tinted beer from overseas. Being a born and bred Pabst girl, even in the most extremely desperate situation when I come home from a hard day’s climbing and the fridge is void of the familiar red-white-and-blue cylinder of remedy, I will NOT drink these types of beer. They give me a hangover. Because I am my mother’s child, however, I am also incapable of wasting food. Yes, beer is food.

Here’s the general recipe and technique I’ve created when such a situation occurs.

Here’s my next trick, in an effort to reduce the amount of dishes created in cooking, I’ve developed a technique to make gravy in the same pan the meat is in. 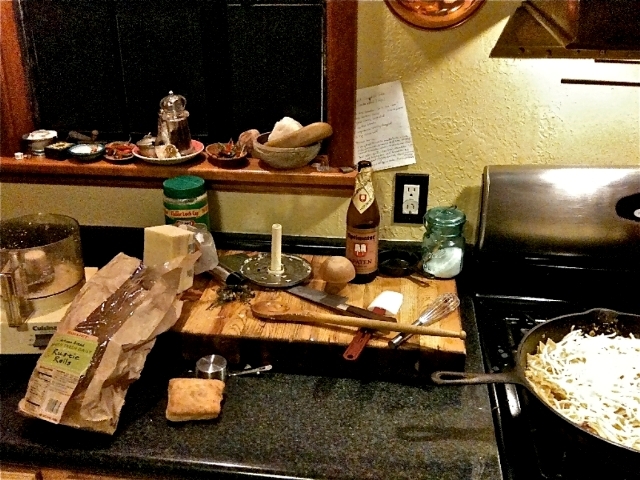 Not too many dishes… B.A.G. 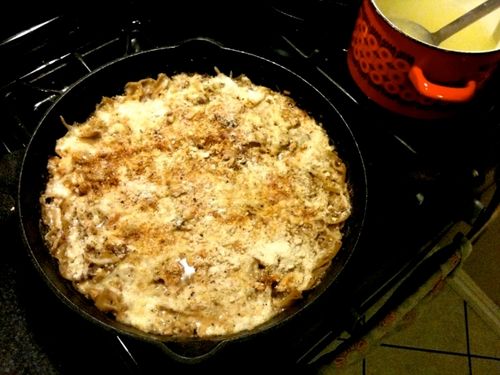 This recipe makes enough to serve four really hungry climbers. If there are leftovers, they keep in the fridge for a couple of days, or you can, as I do, freeze them in single serving aluminum foil pouches so that my husband has something besides Dots and Annie’s macaroni and cheese to eat when I take off on month-long road trips in the Gypsy Van without him. 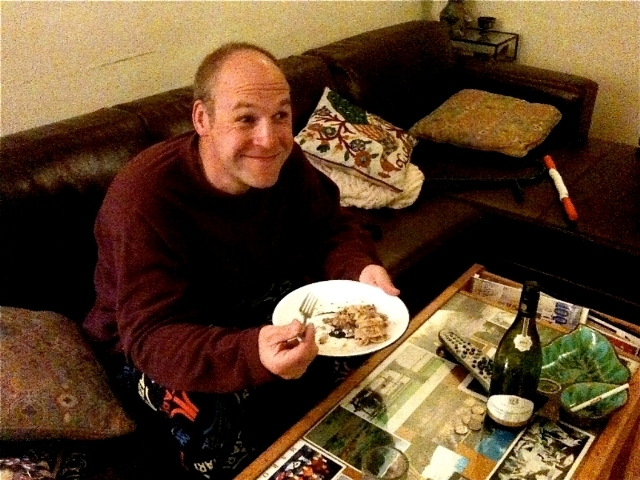