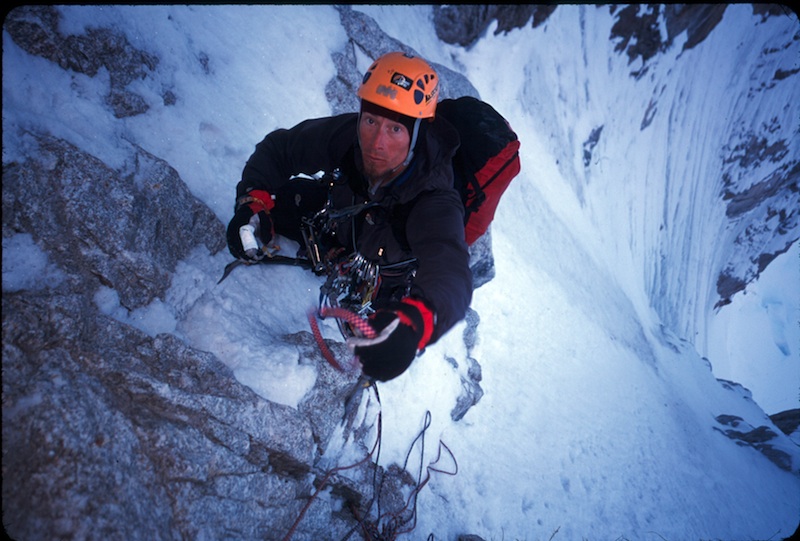 In the dank and smoky Fairview bar in Talkeetna, Alaska, 2003, I learned the simple secret to hard climbing. Jonny Copp and I had just come out of the Range, and we swilled beers with a couple of rowdy Brits. As usual, Jonny had been the driving force in our climbing. Everyone, it seemed, wavered about the weather, doing the infamous and somewhat maddening “Kahiltna Hang.” Yet Jonny saw touches of blue through cloudy skies.

C’mon, we should go.

He was like that. We had a great trip and pulled off a cool new route on a remote peak, complete with epic descent, managing it between, and partially through, big storms. Anyway, in the bar that night Paul Ramsden, a U.K. alpine badass with serious ascents around the globe, fully entertained us and joked about how Americans spend so much time getting gear dialed, fussing about weight, and training. Paul thought we were missing the point:

“The bottom line for hard alpinism,” he said, “Is you have to want to go up more than you want to go down.”

I remembered his words nearly every day for the following year, leading up to the best climb of my life, with Josh Wharton on Great Trango Tower in Pakistan. Paul’s right. The other things matter, too, like dialed systems and, certainly, training, skill and fitness. But without the desire to make it happen when it matters, those things mean nothing.

Lately I’ve been thinking about extensions of Paul’s words; how wanting to go up more than you want to go down can apply to giving everything, even when you’re far away from the mountains. And these things can help create unforgettable moments, which are all we have when we’re done.

OK, so we’ve got the “big picture” of trying our hardest by persevering for days on end on alpine routes. But also take, conversely and for example, quitting too soon on key workouts. Convincing yourself that what you did was good enough, when you could have tried harder. 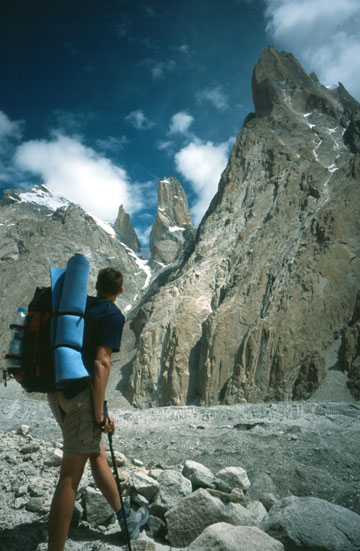 I couldn’t stop turning around to catch another glimpse of Great Trango Tower in its massive and nearly incomprehensible grandeur. It looked like another planet, and I could hardly believe we’d been there. Our – and my – other failures no longer bothered me. At least not then. Thoughts of Great Trango drifted through my mind, and I couldn’t help but close my eyes, smile, and feel weightless. Maybe I was just getting old and reliving what was already in the past, or maybe something happened in those days on the Azeem Ridge, days that are blurry, surreal, and crystal clear all at the same time. Those four and a half days when Josh and I wanted to go up more than we wanted to go down.