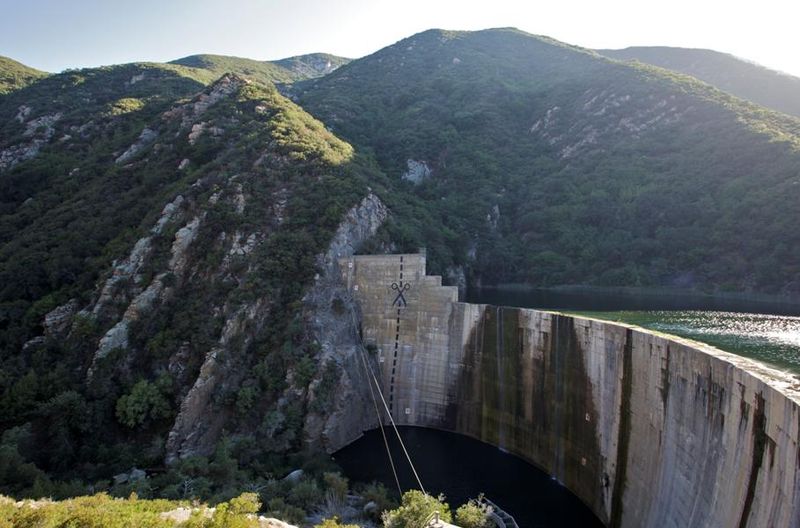 Over the past two years, Patagonia’s major environmental campaign has been Our Common Waters (OCW). The campaign influenced Patagonia’s impact on water and brought awareness to one simple fact: the more water people use, the less there is for everything else.

We’re moving out of this campaign, and into our next one. The Responsible Economy will start in September.

Before we leave Our Common Waters, we want to highlight some successes in the campaign, and thank some of our key partners for their ongoing efforts.

Our Common Waters focused on water scarcity, broken rivers and pollution, as well as Patagonia’s use of water as a company. At the end of this post, you'll find the environmental groups we worked with on each of these issues. 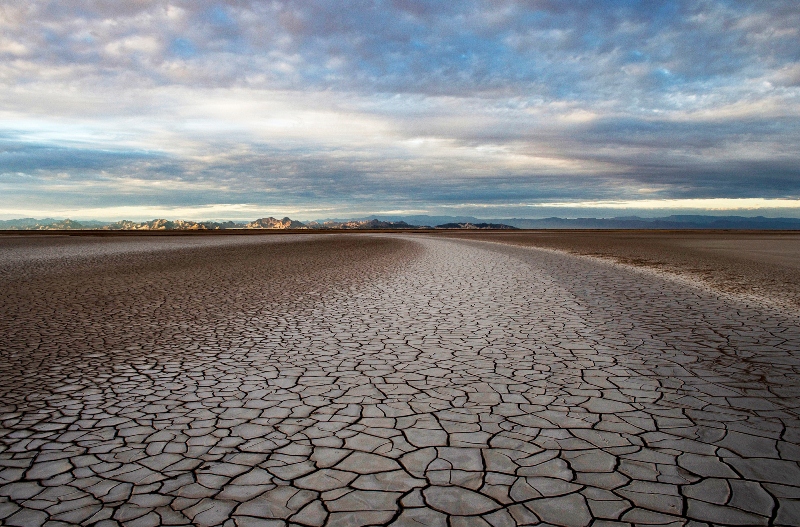 Fifty miles south of the U.S.-Mexico border, the Colorado River’s flow is now reduced by 95% due to overuse and flow-restricting dams. Photo: Peter McBride

“…the river was nowhere and everywhere, for he could not decide which of a hundred green lagoons offered the most pleasant and least speedy path to the gulf.” –Aldo Leopold in 1949

In 2012, during the water scarcity portion of Our Common Waters, we joined with the Sonoran Institute and a large coalition of other organizations to encourage people in our community to write letters to then Secretary of the Interior Ken Salazar, asking him to help save the Colorado River Delta. The Delta (where the Colorado River ends in a series of wetlands at the Gulf of California) is now less than 10% of its original size.

In November of 2012, thanks to the efforts of many dedicated people, the U.S. and Mexico signed an historic treaty – the first bi-national agreement to restore vital flows to the delta. This victory is the first step on a path to a healthy river delta. 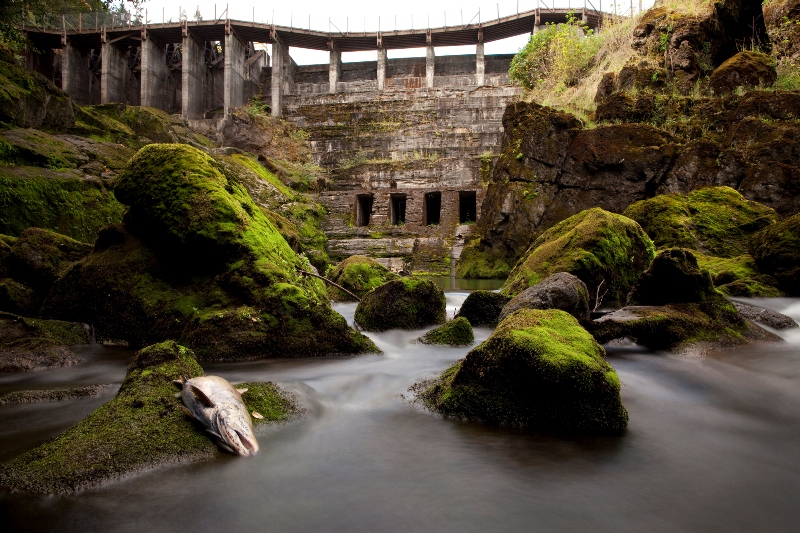 During the broken rivers phase of the Our Common Waters campaign, we saw big dams come down on the White Salmon and Elwha Rivers in Washington state and two dams on the Penobscot River in Maine. Altogether, 65 dams were removed across the United States in 2012-13. We also lent our voice to stopping ill-conceived water projects from moving forward. For example, two proposed reservoirs on the Chattahoochee River in Georgia have been put on hold.

In the Patagonia area of Chile, proposed dams on the Pascua and Baker are stalled as well. Through significant public opposition and successful litigation, activists have been able to stall the project, which at one point was nothing short of a done deal. Partner organizations recently launched a Vota Sin Represas (Vote Without Dams) campaign to ensure the issue remains central to upcoming presidential elections.

After agriculture, textile manufacturing is the next largest polluter worldwide. And because Patagonia makes clothes, the Our Common Waters campaign required us to examine and reduce our own impact on freshwater. We began working with bluesign® technologies in 2000. bluesign® is an independent group of chemists, based in Switzerland, who audit the energy, water and chemical use of their “system partners.” In 2011, we set a goal to use only bluesign® approved fabrics by our fall 2015 product season, and we’re well under way.

Any fabric you see that’s bluesign® approved is manufactured using best practices in the efficient use of energy and water, consumer safety, water emissions, air emissions, and occupational health and safety.

We have encouraged our suppliers to join bluesign and get their fabrics bluesign certified. Since the start of the Our Common Waters campaign in January 2011, we've more than doubled the number of bluesign partners among our suppliers from 16 to 45 (we have approximately 200 fabric vendors at any given time).

We have also shared our bluesign experience with other brands in the outdoor and apparel industry with the hope that they, too, will join bluesign. In the last 4 years – since July 2009 – the number of bluesign's system partners has grown from 70 to 280. These bluesign system partners include brands, retailers, textile manufacturers, and chemical suppliers. 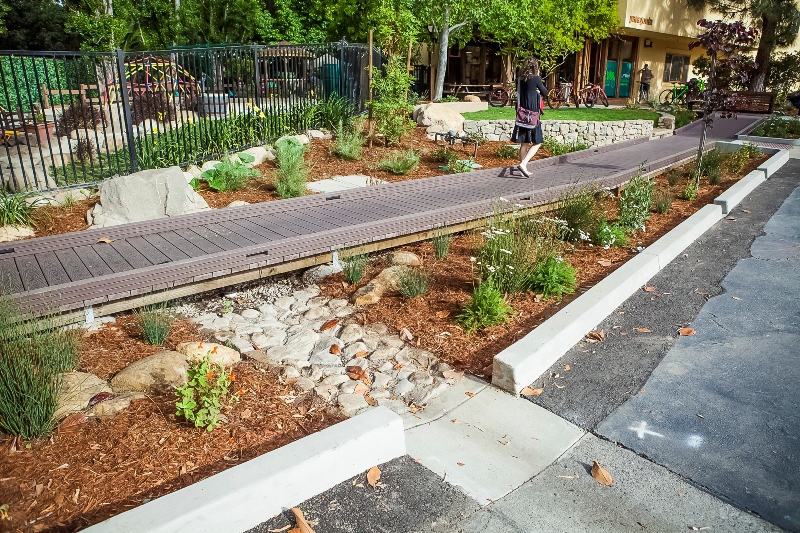 Patagonia has recently focused our attention on one of the more challenging water pollution issues: stormwater runoff. When rainfall hits an impermeable surface – such as a parking lot, roof or sidewalk – it runs off, carrying with it trash, animal waste, oil, gasoline, detergents, pesticides, chemical residues, and heavy metals like copper and lead. This stormwater runoff flows to the lowest point in the area which is usually a storm drain. And from there it flows into a channel, a creek or river, and in coastal areas directly into the ocean without being filtered or cleaned.

Polluted runoff is the number one source of contamination to California waters. Our headquarters are about an eighth of a mile from the Ventura River, which flows directly into the Pacific Ocean. A number of years ago, we replaced two sections of asphalt in our parking lot with permeable cement, which allows rainwater to percolate through and into the soil instead of rushing into storm drains, and ultimately, to the nearest river or coastal area. Recently, we added bioswales to our campus. Bioswales are low-lying channels that drain runoff. They contain soil on top of gravel layers that together with plants and mulch allow stormwater to soak into the soil, which naturally filters it. Now Patagonia’s Ventura campus has a whole array of native plants that filter pollutants out of stormwater. We know there’s still some runoff from our property, but we’re making headway to reduce that impact, and cleaning up our local waters. 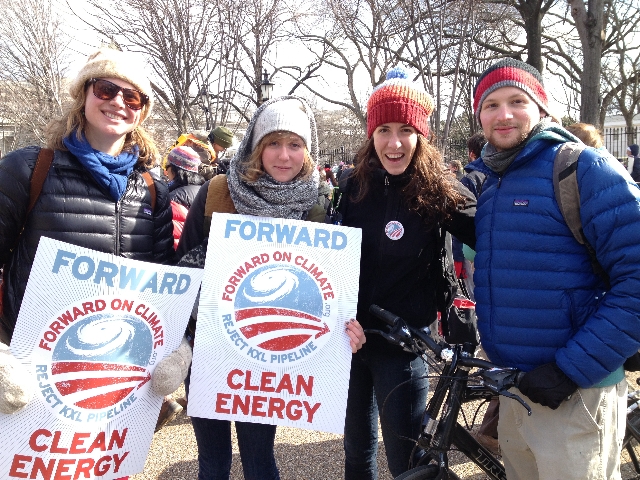 Protesters gather in front of the White House for the Forward on Climate Rally in Washington, D.C. Photo: Alison Kelman

From the strip mining of tar sands in Alberta, Canada, to the spider web of pipelines expanding across the U.S. and Canada, to ports and coastal areas that would act as hubs for export: at every point in the chain of production and transportation, water is at risk from tar sands development.

Between 75 and 80% of British Columbians, including 2/3rds of BC’s federal Conservatives and more than 70 First Nations have united in opposition to oppose the Northern Gateway Pipeline. This $6.5 billion project would transport the Alberta crude to the BC coast, where it would be transported by supertankers to Pacific markets. Patagonia has proudly supported several organizations working to stop this crude proposal and unite Canadians around a national energy strategy. And, we partnered with Raincoast Conservation Foundation and a team of our world-class surfing ambassadors to create Groundswell, a film by Chis Malloy documenting the beauty of this coast and the threats this pipeline would pose.

We also supported 350.org and the Sierra Club and helped to get over 40,000 activists to Washington D.C. on a cold and chilly February morning to take part in the largest climate demonstration in history to tell President Obama to move Forward on Climate. 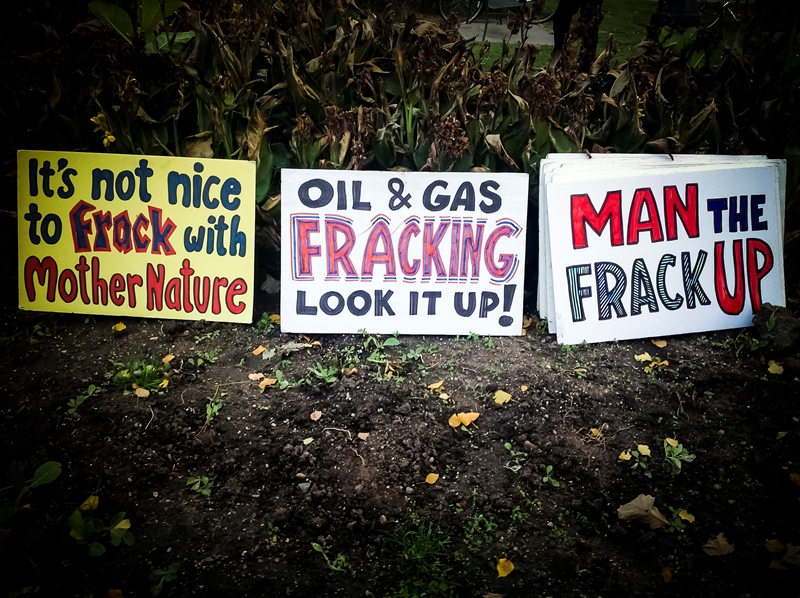 For decades, natural gas (methane) deposits were tapped by single wells drilled vertically over large, free-flowing pockets of gas. Then came hydraulic fracturing or fracking, a water- and chemical-intensive method that promised the profitable extraction of natural gas trapped in shale. One fracking well uses an average of 2 million to 8 million gallons of water, and 10,000 to 40,000 gallons of chemicals. The water used is contaminated.

Because of fracking’s wide-ranging risks and impacts, we have supported anti-fracking campaigns in several key areas across the country – from the ongoing battle to uphold the New York state fracking moratorium, to the community by community struggles to protect water, air, and land in Colorado, Ohio, Pennsylvania, California and elsewhere. We support each community’s right to educate itself and regulate and/or ban fracking to protect its water, air, soil, and local ecosystems. We also support local, state and federal government efforts to monitor and regulate fracking.

None of these Issues are going away anytime soon. To keep up-to-date, please contact our key partners at these sites:

Thank you to all of our partners (including those not listed here) and every one of you who took action on behalf of Our Common Waters.