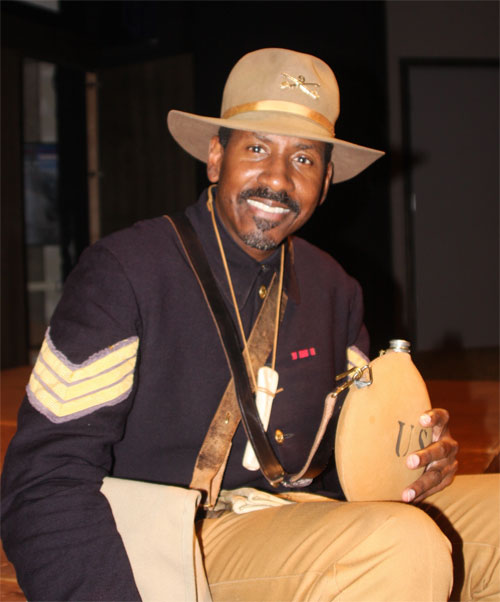 James Mills, host of The Joy Trip Project, brings us a very special podcast today from the recently held, biannual meeting of the Conservation Alliance, of which Patagonia is a founding member. Here’s James:

For those of us who spend a great deal of time outdoors it’s hard to believe that there are many of those who don’t. Especially when it comes to our national parks there is an entire segment of the United States population, natural born citizens who seldom if ever visit. This is particularly true among people of color. African-Americans, Hispanics and other ethnic minorities spend far less time in nature than their white counterparts. And in a shifting demographic where minorities will soon become the majority there’s rising concern throughout the conservation movement that one day in the not so distant future most U.S. citizens will have no personal relationship with or affinity for the natural world.

This concern is expressed most eloquently by National Park Ranger Shelton Johnson. The only permanent African-American ranger at Yosemite National Park, his mission is to share with audiences, black and white, lessons of stewardship that illustrate the bond with nature that is every U.S. citizen’s birth rite. An interpretive ranger that tells the story of the Buffalo Soldiers, African-American cavalrymen who projected Yosemite at the turn of last century, Johnson puts into context the importance of wilderness not merely as a point of national pride but an intrinsic value of what it means to be human.

At the biannual meeting of the Conservation Alliance at the 2011 Outdoor Retailer Summer Market in Salt Lake City Utah, Shelton Johnson was the keynote speaker. Best known for his prominent role in the Ken Burns documentary “The National Parks, America’s Best Idea,” he was also instrumental in bringing Yosemite Valley to the attention of leading black talk show host Oprah Winfrey. In a nationally televised visit to the park in 2010 Winfrey used her media clout to invite millions of minorities across the country to explore the great outdoors.

In this unabridged audio recording Johnson is welcomed to the podium by Conservation Alliance executive director John Sterling. For 40 minutes Ranger Johnson inspired a rapt crowd with a message to encourage all people, regardless of race, to embrace the wonders of nature and to claim their inheritance of our national treasures.

Our thanks go out to James Mills for recording this talk and sharing it with The Cleanest Line. You can keep up with James at The Joy Trip Project website, Facebook page, iTunes channel and Twitter feed.

For more from Shelton Johnson, pick up his book Gloryland.