In our coverage of the Chile dam fight, we’ve heard from many Americans who’ve visited Patagonia but we’ve yet to hear from someone who lives there. That changes today with this post from Juan Pablo Orrego, the president of Santiago-based NGO, Ecosistemas, and a leading international voice in the Patagonia Sin Repressas (Patagonia Without Dams) campaign. 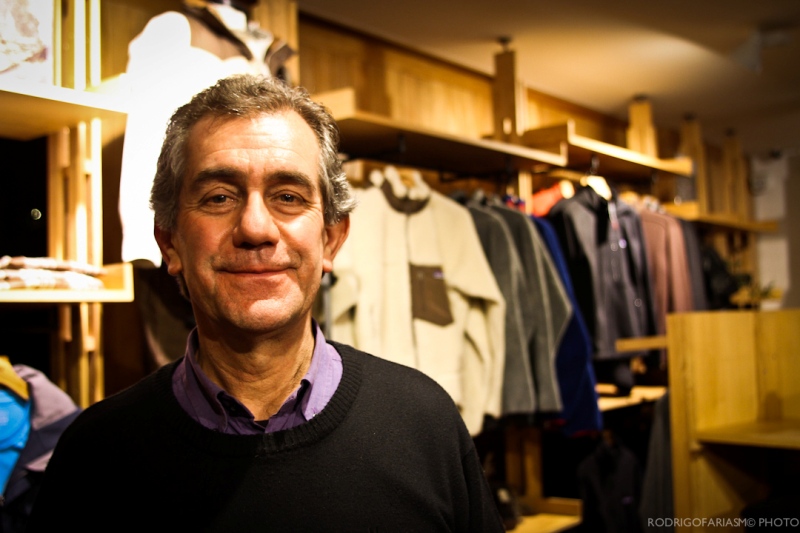 The construction of five big hydro-power plants in the region of Aysen, considered the heart of Chilean Patagonia, has raised the national awareness of its negative impacts to levels never seen before. The complexity of the problem is evidenced in the many fronts that the debate opens, as well as in the variety of players that have joined efforts – from Patagonia to Santiago, Argentina, Bolivia, USA, Canada, Italy and Spain – to oppose this project that belongs to Enel (Italy), Endesa (Spain-Chile) and Colbún (Chile).

The three main issues this project involves are the local impact, the national energy policy, and the “energivorous” development model (highly inefficient in the use of energy, and predator of natural resources) installed in Chile during the past decades.

With respect to local impact, HidroAysen threaten thousands of hectares of the extraordinary basins of the Baker and Pascua rivers, both of a high environmental, cultural, and economic value given the great agricultural and touristic potential that this works would irreversibly destroy. To the almost 6,000 hectares that the dams would flood, we must add the construction of the conversion plants and the gigantic transmission line of approximately 2,000 kilometers that would cross eight regions, destroying 14,000 hectares of land that include national parks, natural reserves, and protected areas. In addition, we must not forget the impact of numerous complementary works, such as an industrial seaport, air strips, road construction, workers’ camps, and construction aggregates and cement plants. Heavy machinery would be needed during the 12 years that the construction of the whole project would take, generating significant noise, fumes, dust, leakages, litter, and other pollutants. Considering all this, what is at stake is the integrity of the heart of Patagonia, a complex mosaic of ecosystems, microclimates, and endemic species that constitutes a planetary environmental treasure.

The implementation of mega hydroelectric projects would only deepen the biased commercial energy development imposed on the country by the companies that control the industry, Endesa and Colbun, which has been perpetuated by the past five governments. Chile needs a democratic energy policy, which emphasizes energy efficiency and non-conventional renewable sources that are abundant throughout the Chilean territory.

With regards to Chile’s path to development, the main problem is that several authorities have adopted the vision of energy trading companies, which see the production of energy as an end in itself, like an infinite business that is functional to a country that is stuck in a primary, neo-colonial productive phase. This development model is intensive in the use of energy, and is based on the exploitation and processing of natural resources, a practice that is evidently not sustainable – even self-destructive.

Industries such as copper mining, wooden pulp and chips, and fish flour are the most intensive in the use of energy and water, are the most pollutant, and generate only primary jobs. It is urgent that Chile change the direction of its so-called “development”. Our country is in a perfect position in Latin America to deliver high-quality services in education, culture, health care, banking and telecommunications, not to mention a widespread ecotourism potential that is diverse and rural, which can generate significant profits in perpetuity and a multitude of secondary services, only if the environment is restored, protected and preserved. This model also includes the creation of technology and software. Under this model, the demand for energy and water, as well as the pollution, decreases enormously, and new quality jobs are created.

As it turns out, and as was evidenced by the tens of thousands of people that have gone out to the streets to express their discontent, the opposition to the HidroAysen project leads us to the heart of Chile’s great political, economic, social, and environmental challenges. These unique circumstances give us the opportunity to unveil the fact that the construction of the mega dams, the national energy policy and the economic model are not but one and intertwined reality that must be re-thought and re-directed as a whole towards the common wellness and the vital environmental sustainability.

For the past 15 years, Juan Pablo Orrego has been at the forefront of environmental activism in Chile. He won the Goldman Environmental Prize in 1997 for his efforts to stop a similar dam project on Chile’s Biobío River, one of the first campaigns to bring environmental issues to the public’s attention (two of the six proposed dams were built).

We’re grateful to Juan Pablo for sharing his views with the Cleanest Line and to Ignacio Morales from Patagonia Chile for his help with this post. Juan Pablo also spoke about the dams at Patagonia El Golf on July 26, 2011. Here is a short video recap and some photos from the event. 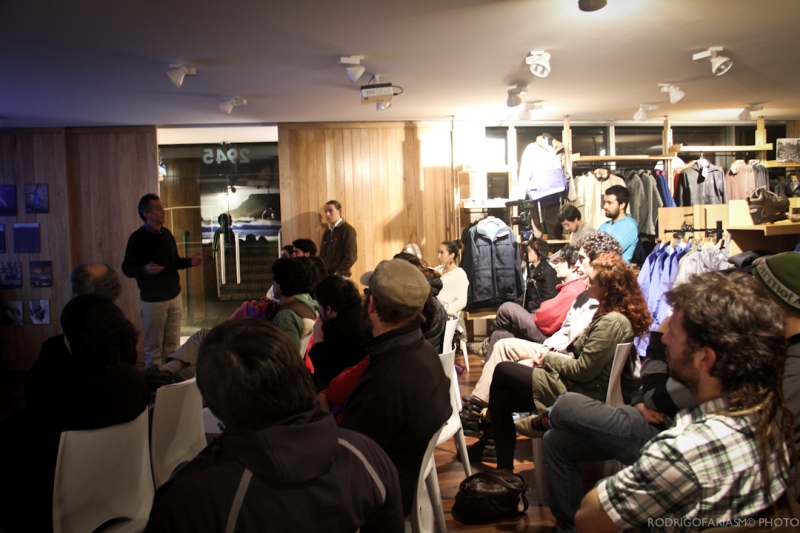 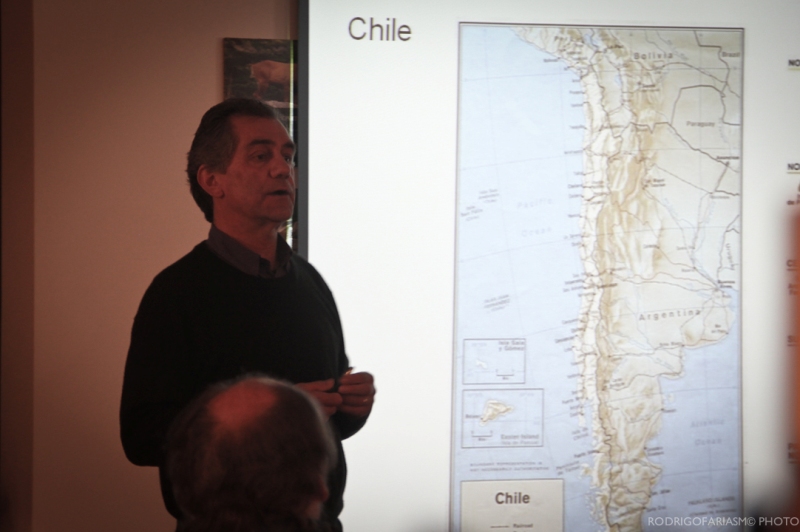 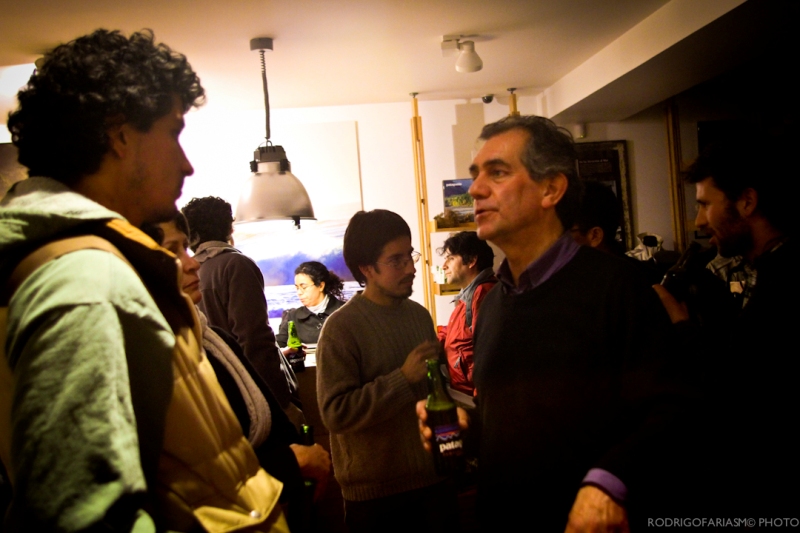 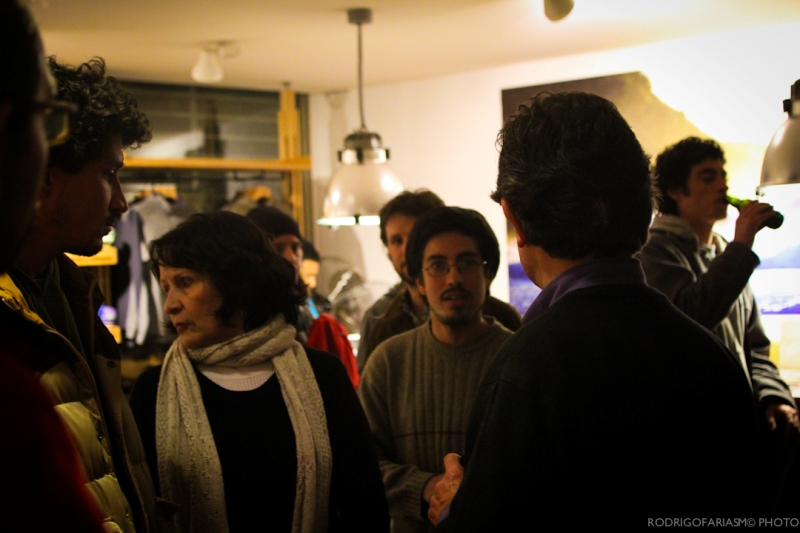 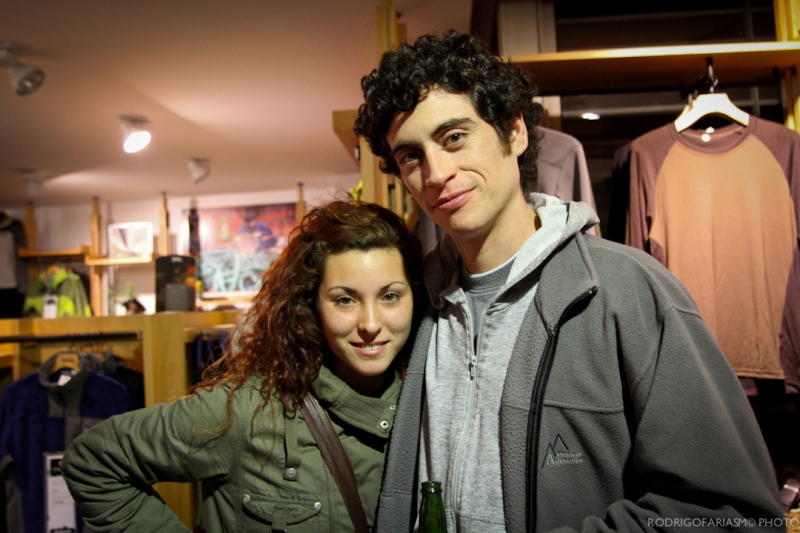 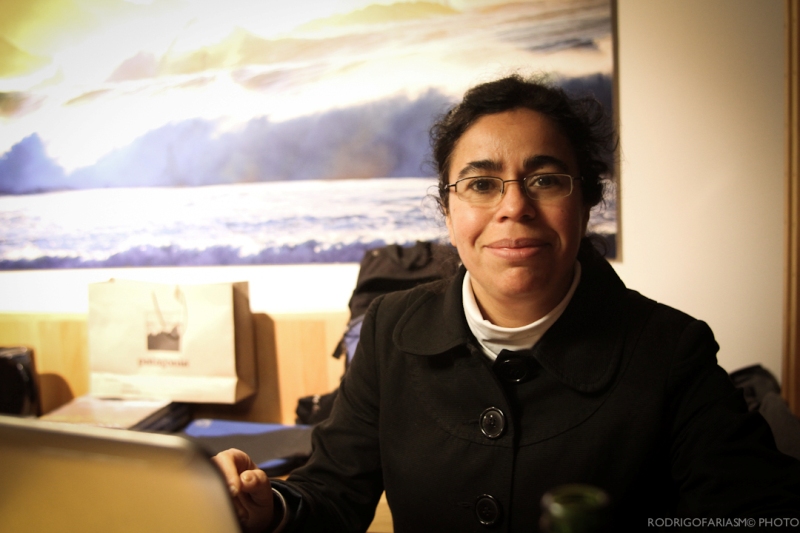 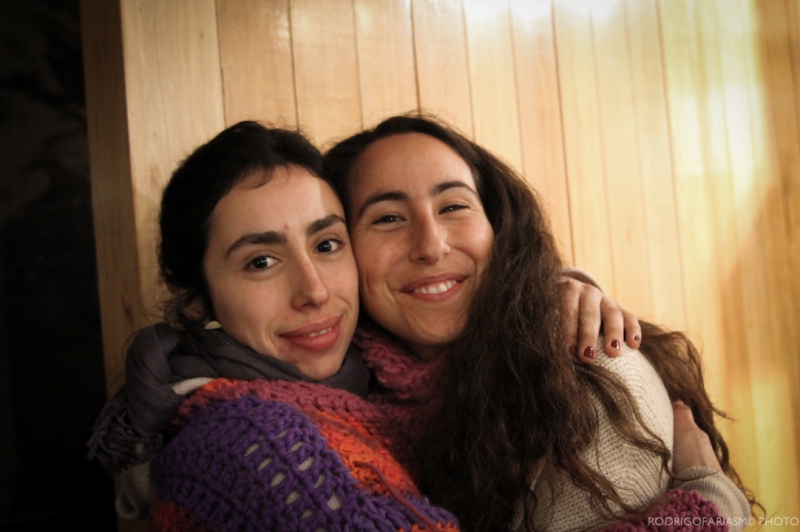 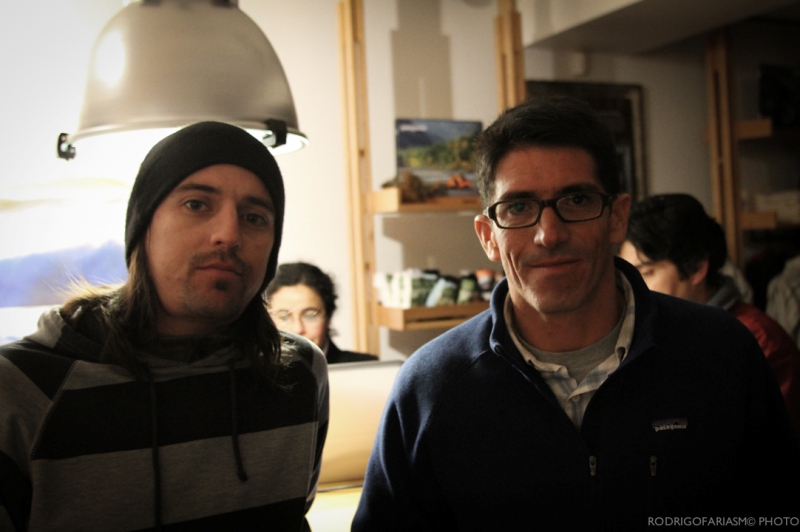 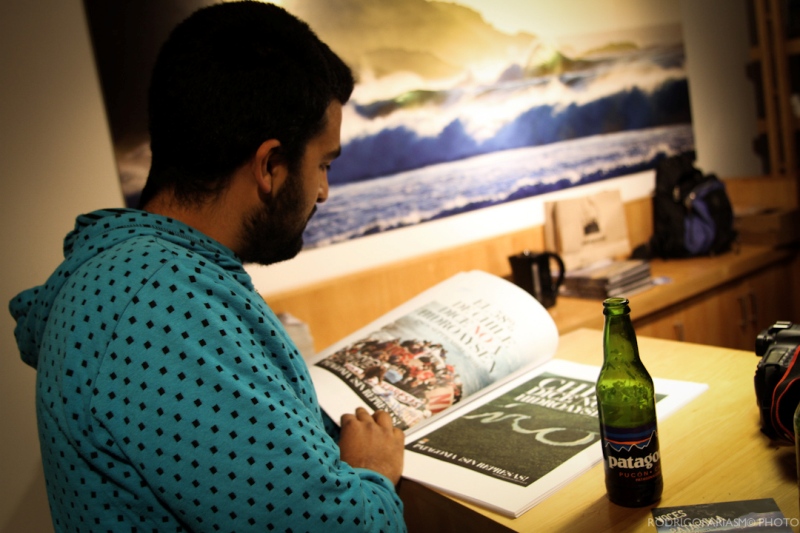 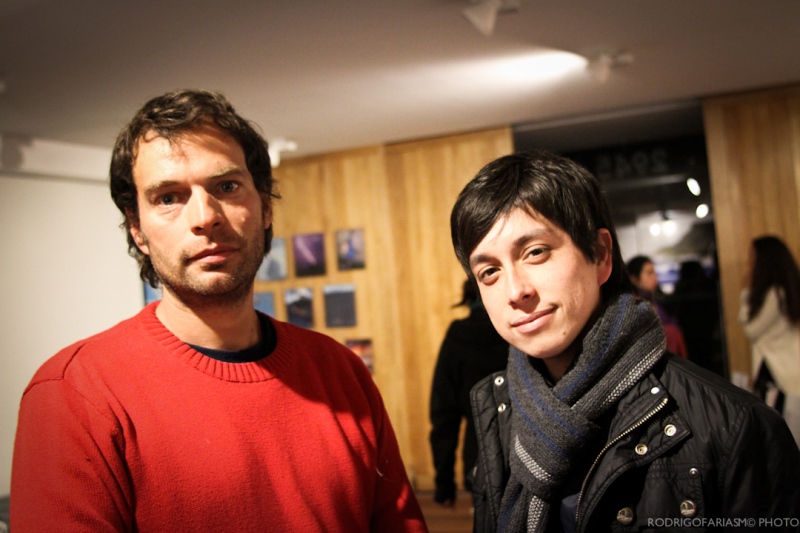 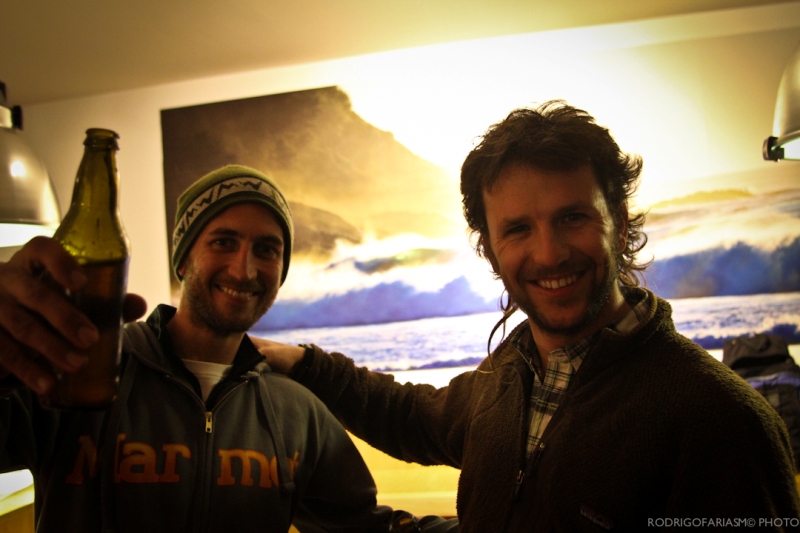 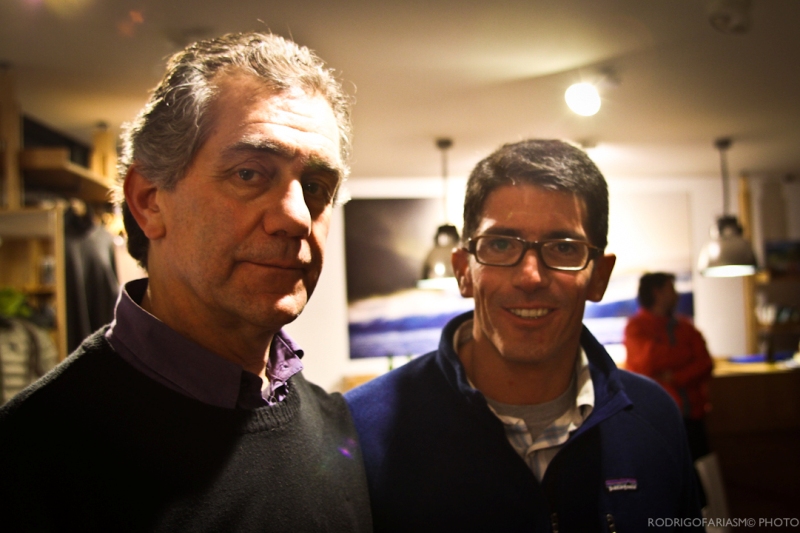 Juan Pablo Orrego has been at the forefront of environmental activism in Chile for the past 17 years. He is the president of Santiago-based NGO, Ecosistemas and a member of the Patagonia Defense Council (CDP), a coalition of more than 70 conservation organizations fighting the proposed dams on the Baker and Pascua rivers. Juan Pablo was awarded the prestigious Goldman Environmental Prize in 1997.