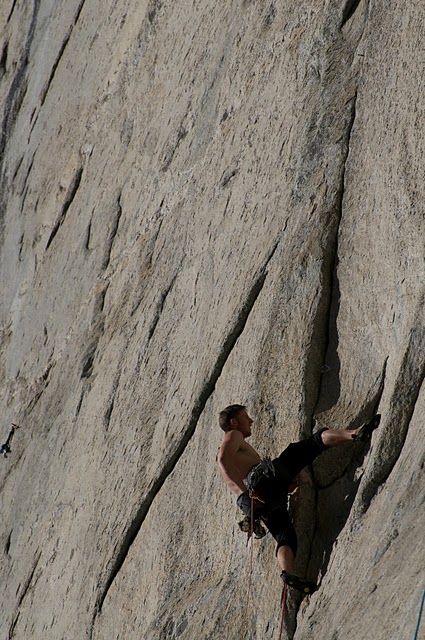 Out there and awesome. That’s what comes to mind when I think of Tommy Caldwell and Kevin Jorgeson on the Dawn Wall. If you aren’t a climbing geek who’s been following, they’re trying to free climb the steepest, blankest part of El Capitan. It’ll be a fight, for sure – it already is. They left the ground on Saturday, and plan to stay on the wall, living in their portaledge, for as long as it takes, which is probably two or more weeks. They’re around pitch nine now, and earlier today Tommy told me, “It’s giving us hell, we are battling hard. Pretty freaking awesome experience so far.”

And it’s a great one for today’s world. Whereas we all also love and respect remote adventures, adventure comes in different varieties. These guys are exploring the upper limits of bigwall free climbing, and, since it’s on El Cap, modern communication makes it easy to share (updates from Becca Caldwell here; from Kevin here). They’ve got phones and reception and people watching them. In a way, El Cap represents our world of contrasts – it’s mega, yet practically roadside; it’s storied with some of the greatest pioneering rock climbing in history, while tour busses and RVs pass underneath it by the minute.

I love Tommy and Kevin’s attitude of embracing the fight, being willing to try and willing to fail. When I talked with Tommy a couple of days before they started up, he had that familiar excitement in his voice, the way he gets about climbing. Somehow it reminds me of the story of his first technical climb, at age three, when his dad took him up the Twin Owls at Lumpy Ridge, young Tommy going along because he wanted to fly his kite from the top of the spire. That beginner’s mind, even as an adult, holds such beauty. Passion keeps us fresh. 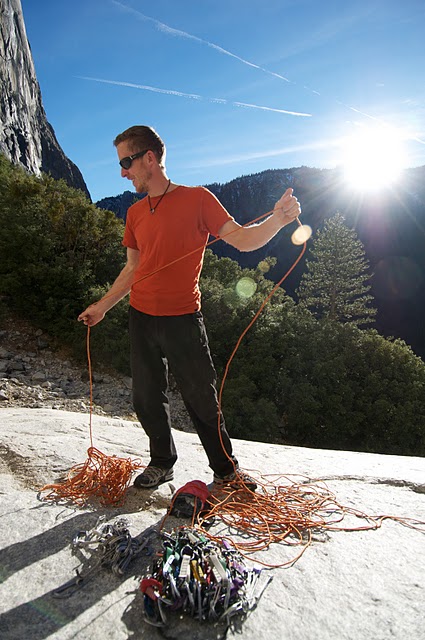 [Tommy flaking the tag line at the base. Photo: Becca Caldwell]

Kevin, too – what a badass – he’s never climbed El Cap, he primarily comes from a super high-end bouldering background, and he’s trying to free what would – will? – be the hardest bigwall free climb in history (if they succeed, the route will be 30 pitches; 15 of the initial 18 pitches are solid 5.13 or harder, including six at 5.14, of which three in a row check-in at mid-to-upper 5.14, before it “eases off” (mostly 5.12/12+) for the final 12 pitches). Hey, sure, why not? Easy to say from here. How many of us would step outside our specialty zone and go for it like that? I mean really go for it, not just give a half-assed attempt and then revert to what we’re most comfortable doing. 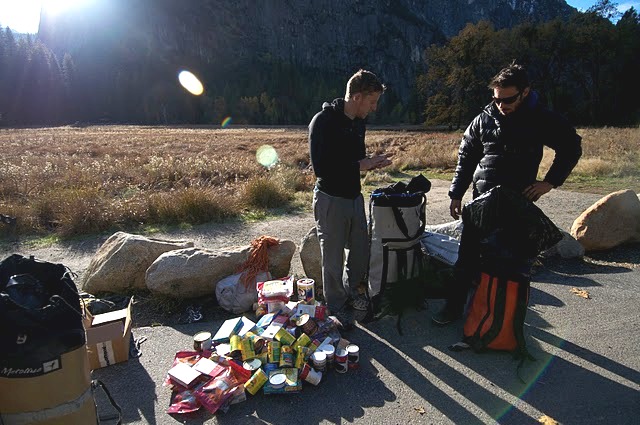 [Tommy and Kevin packing up for the big push. Photo: Becca Caldwell]

They’ve spent three seasons working on the route, figuring out passages and trying to get good enough to free every individual pitch consecutively. If one of them falls, on lead or while following, he lowers to the belay and starts over. Whew. And most of the climbing is so desperate, with microscopic holds on polished granite, that they can’t climb in the sun – even in November – because it makes things feel too slick.

Really though, the main thing isn’t just the difficulty. It’s their commitment, obsession and attitude. It’s that time-honored embracing of adventure and of extending themselves, even if it’s  different from what most of us could conceive. We all do it in our own ways, I hope, just like a kid flying his kite on a windy day, eyes wide open, discovering new worlds.

Best wishes to Tommy and Kevin – way to inspire, boys. 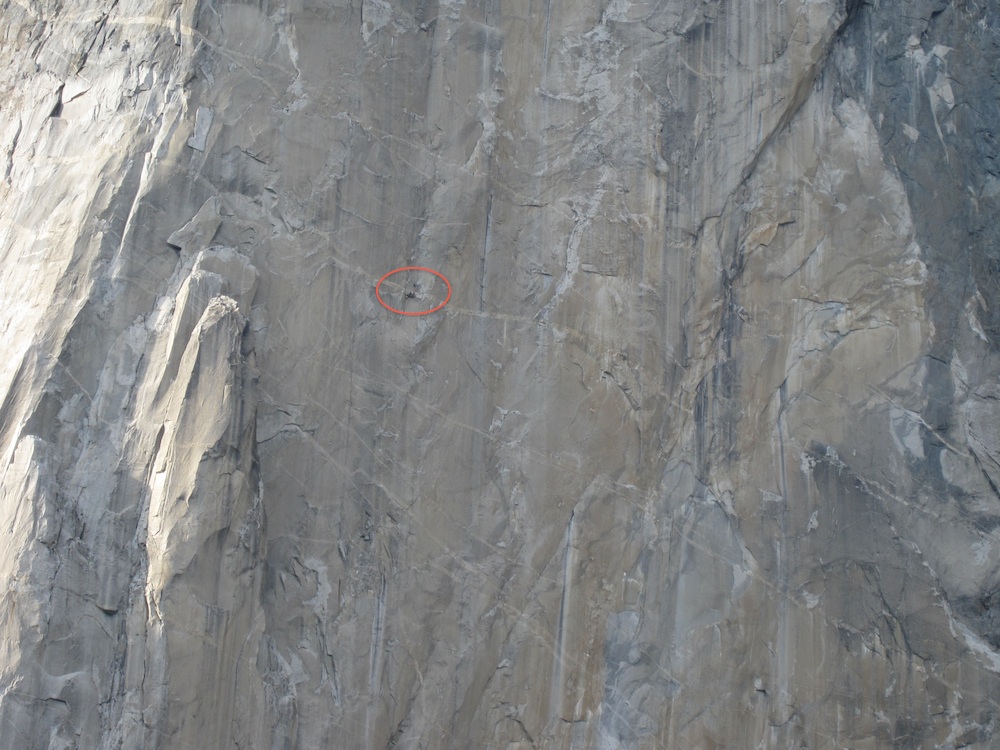