A few years ago I bought a cheap portable radio for $4.99 to listen to the news while I walk to work. Soon after, one of the earphone buds broke. No problem, I thought – I’ll just fix it using parts from my drawer of other broken electronics. No such luck: the whole radio, including the earphones, was in one piece, connected without screws or snaps, so that if any one part broke it couldn’t be repaired. For less than 5 dollars, Radio Shack knew, I’d find it easier to buy a new one.

I call making a radio – or any other product – that can’t be repaired ‘design for the dump.’ Designers call it planned obsolescence and it’s at the heart of the take-make-waste system that’s trashing the planet, our communities and our health.

You see, while we’re all pretty familiar with the three ‘R’s’ – reduce, reuse,  recycle – many of us, including many product  designers and manufacturers, give short shrift to the fourth ‘R’:  repair. Before recycling comes repair.

Repair didn’t used to be so neglected. It used to be the norm. (Ask your grandma, or even your mom, what she did when something broke when she was growing up.) Once there were 120,000 shoe repair shops in the United States. Today there are only 7,000. The numbers of appliance and electronics repair shops have also been in long-term decline (although they’ve had a slight resurgence in the current recession).

The relatively recent trend of  tossing our worn out shoes instead of heading to the cobbler is part of a strategy to make us buy, chuck and replace stuff. Retailing analyst Victor Lebow wrote in 1955, as the post-World War II consumer society was really taking off: “Our enormously productive economy demands that we make consumption our way of life … we need things consumed, burned up, replaced and discarded at an ever-accelerating rate.” Even Consumer Reports, the bible for buying quality, long-lasting goods, advises us to replace, rather than try to repair, a broken laptop if it’s more than four years old.

Patagonia, bless ‘em, will fix your jacket for as long as you own it or it falls to pieces. That makes it stand out as a company. But Patagonia can’t do it alone. Other companies also need to build in reparability into product designs and customer services. And we all need to do our part.

To learn more about how repair lost ground to replace, we suggest these good reads: Made to Break by Giles Slade and the classic The Waste Makers by Vance Packard.

For electronics, check out iFixit, an online community for DIY repairers. If there are other repair skills you want to learn or have to teach, sign up with Skillshare. When it comes to your Patagonia gear, Patagonia is ready to help too. Opportunities abound – there are groups like the Fixers Collective in New York or The Repair Café in Holland – the most important step is deciding to repair. 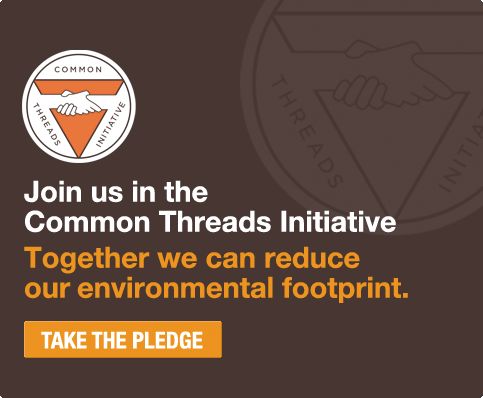