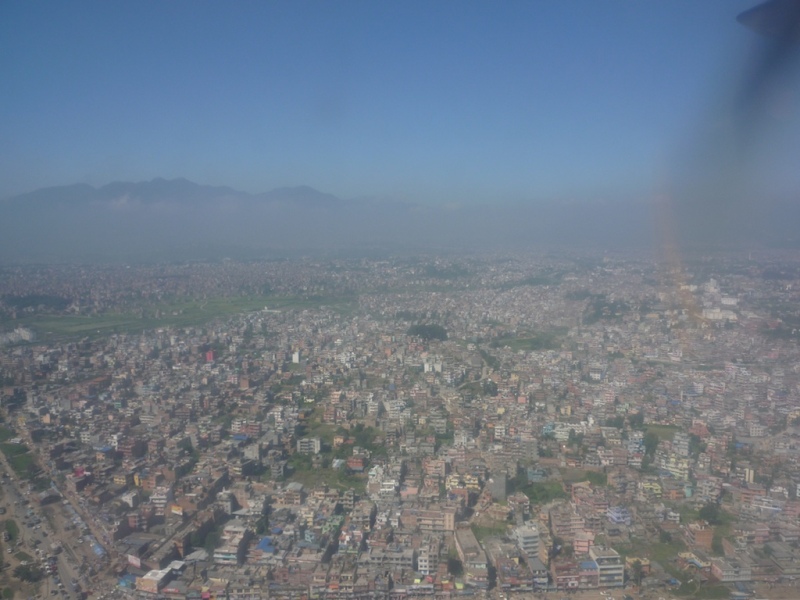 Editor's note: After an unsuccessful attempt last year due to foul weather, Steve House is heading back to Makalu for some more reconnaissance and possibly another alpine-style attempt at the west face. Steve sent the following email yesterday from the halfway point on the nine-day trek to Makalu base camp.

Rock climbers and boulderers attempt their routes dozens, hundreds, sometimes thousands of times over weeks, months, or years. Alpine climbing is a bit different. Visiting the same peak twice makes it a project. Three times is an obsession. Only a very few climbers have ever mounted expeditions to the same peak four times.

I traveled to K7 three times, Nanga Parbat three times and now I'm heading to Makalu for the second time. Some people call me obsessive, I just think of this as how you get things done. The west face of Makalu awaits a direct route up the face and it awaits an alpine style ascent.

The wall was first attempted by two visionary climbers who, almost single-handedly, created the lightweight-expedition style that myself and a handful of others use to climb Himalayan mountains today. In the spring of 1981 Polish purist Voytek Kurtyka and the highly talented Brit Alex MacIntyre climbed to 23,000 feet on the west face. That autumn the duo returned with the preternaturally gifted high-altitude Polish climber Jerzy Kukuchka. On their incredible attempt the trio climbed to 24,200 feet before being turned back after Alex took six hours to lead a single pitch of 120 feet. One of their weight-saving measures was to bring only one climbing harness for the three of them. That harness was used by the leader and the two seconding would climb with in the old-style of having a loop of a cord tied around their waist. I bow at the alter of those hardmen.

As I write this on a borrowed computer, and send it on a borrowed modem, I am at the 11,000 foot-high Kongma-camp, the halfway point of the 9-10 day trek into Makalu base camp. My satellite phone is not working for some mysterious reason, and while I'm getting that problem fixed so I can call in reports to The Cleanest Line, I'll continue to post my reports by email as the action develops.

Hope you all are getting out and enjoying some spring climbing yourselves!

Some photos from the journey to base camp in 2008. All photos © Steve House. 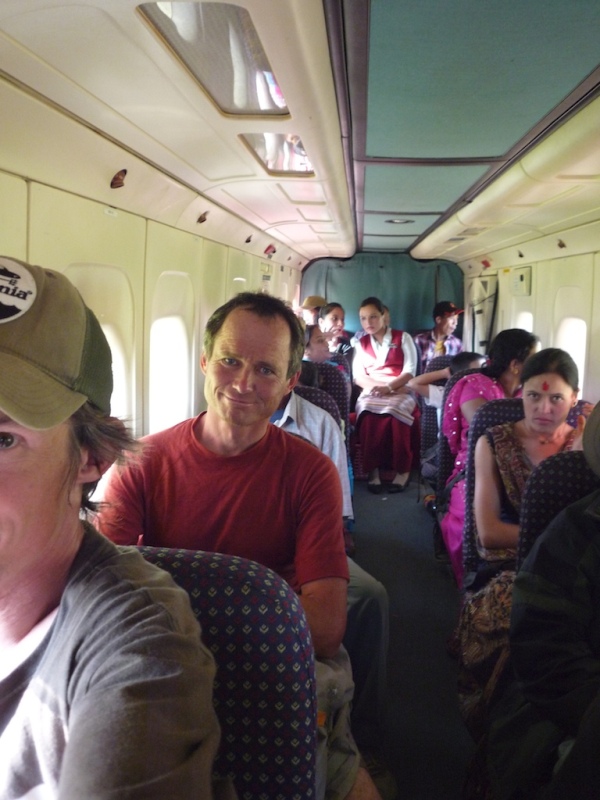 [Flying to Tumlingtar. Me and Marko and passengers and a crew member in the back!] 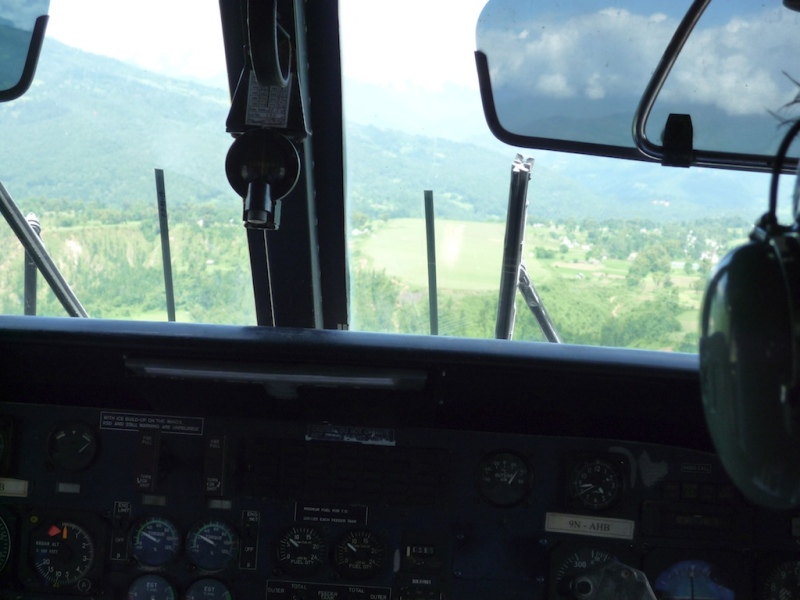 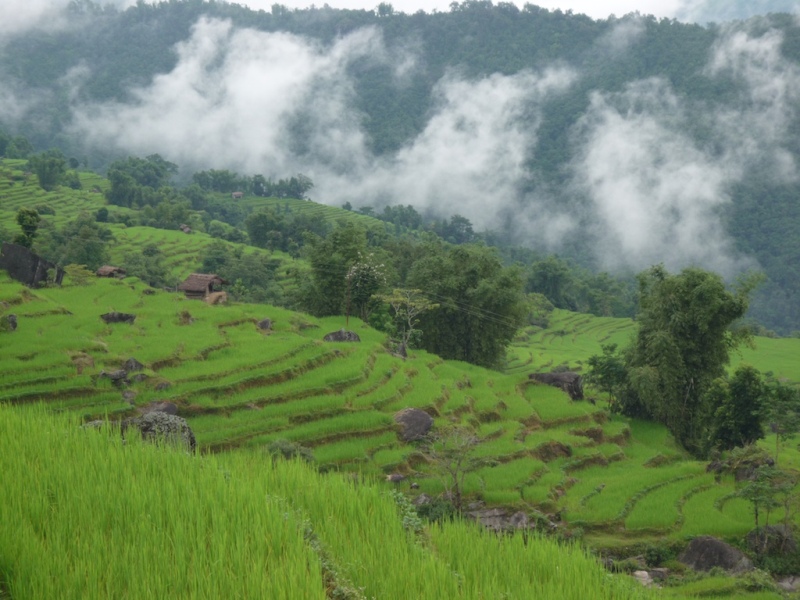 [Fields of barley near village of Chichila.] 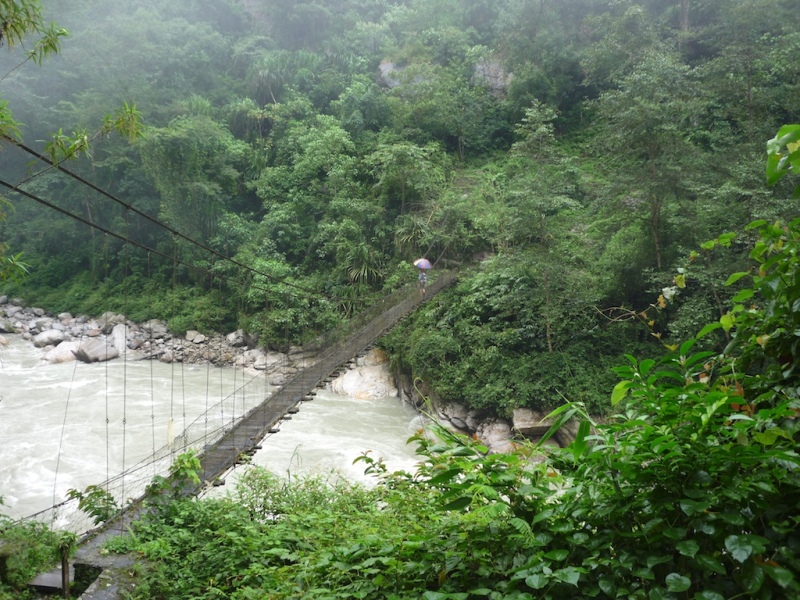 [Crossing the Arun River, usually on day two of the trek. This marks the entrance into the Makalu Barun National Park witch was established in ‘91 and contains 3,000 species of flowering plants, including 28 varieties of primroses, 25 or 30 known varieties of Rhododendrons, 100s of orchids, 400 identified species of birds (16 of which are rare), snow leopard, musk deer and red panda. It is 2,300 sq. kilometers in size.] 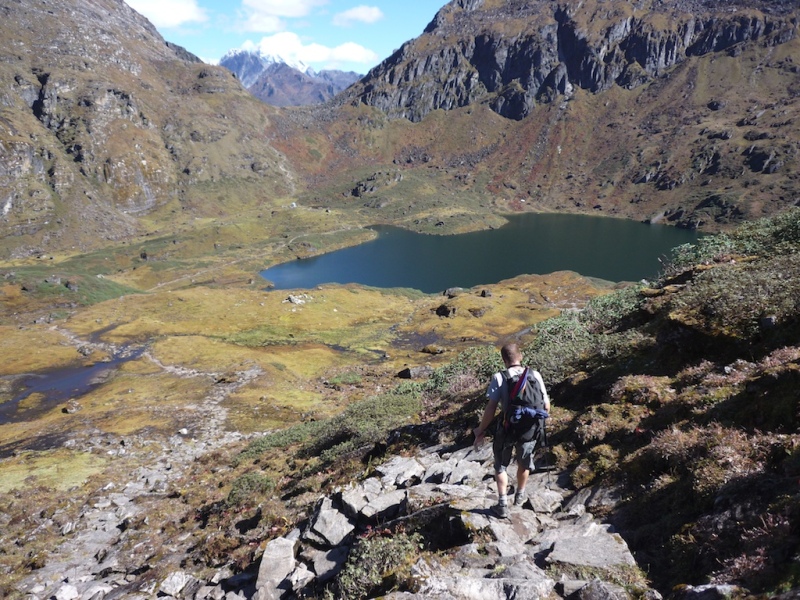 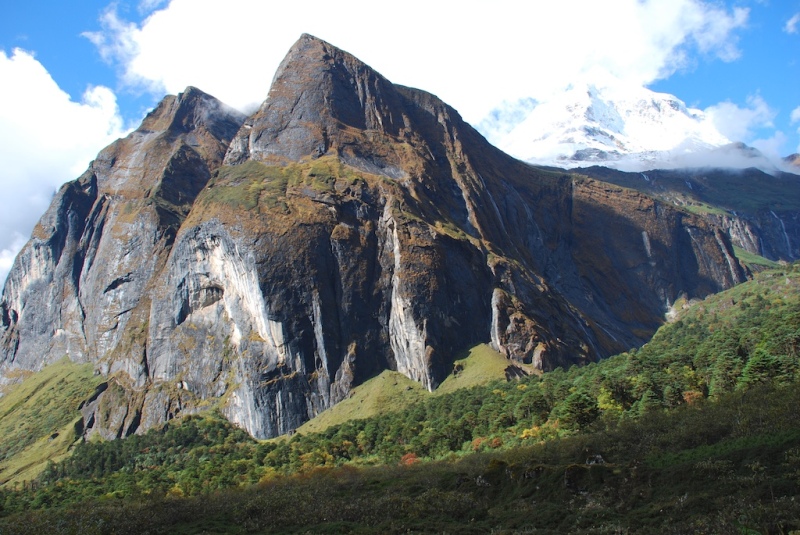 [Granite walls along the trekking route between Mumbuk and Yangle Kharka.] 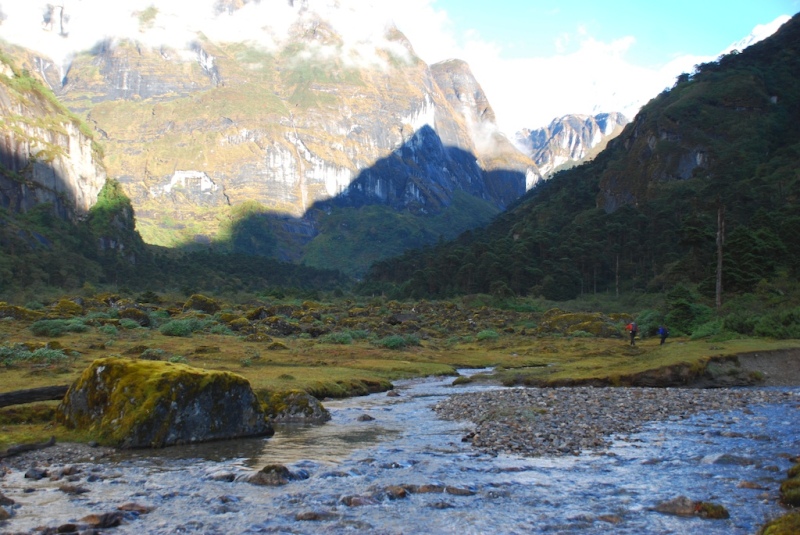 [This is leaving the teahouse at Mumbuk where trekkers often stay after crossing the Shipton Pass on the way in to Makalu base camp.] 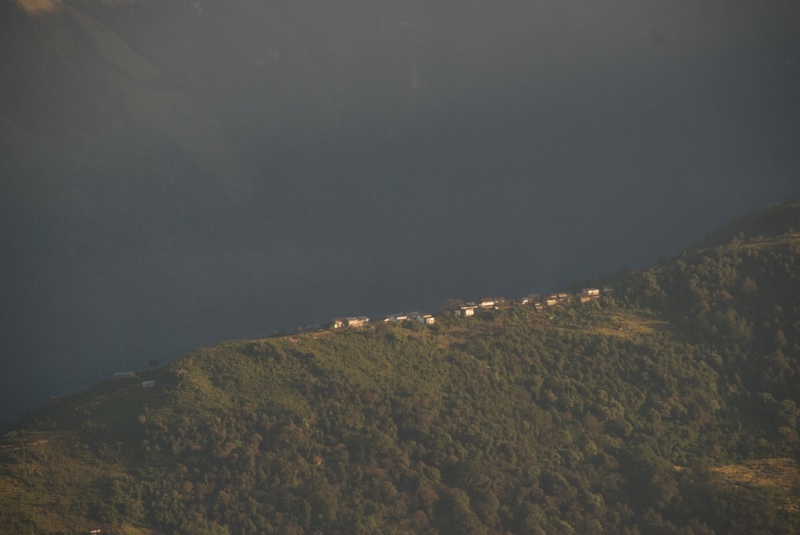 [Village of Num. This is usually where we spend the first night on the trek in.] 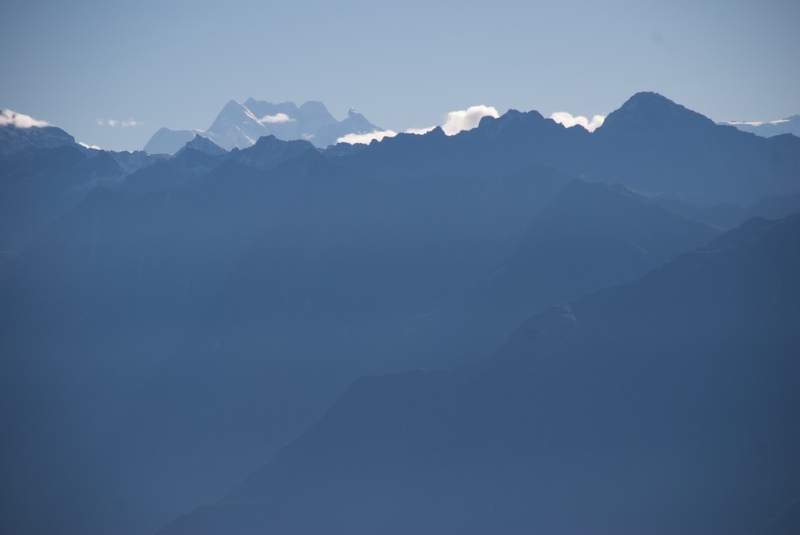 [Kanchenjunga, the third highest peak in the world, as seen from from Khongma, a common camp site on the fourth night of the trek to Makalu base camp.] 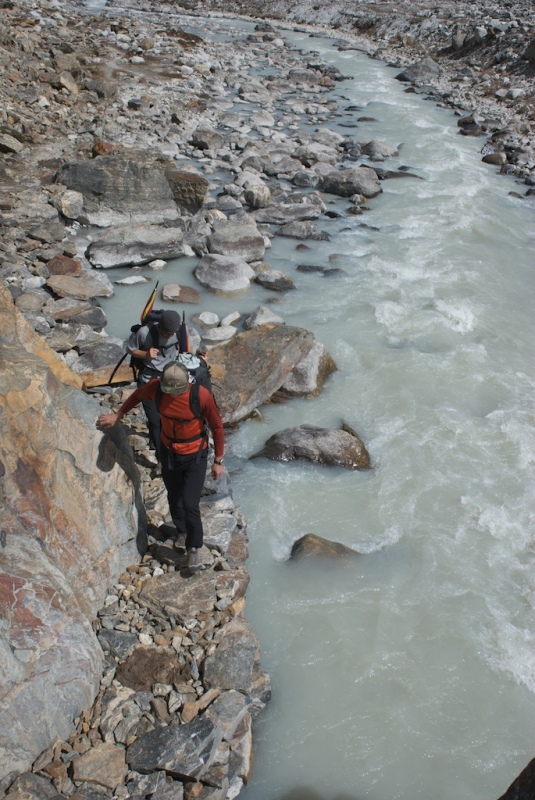 [Trekking by upper Barun Khola River. This is about a day below Makalu base camp.] 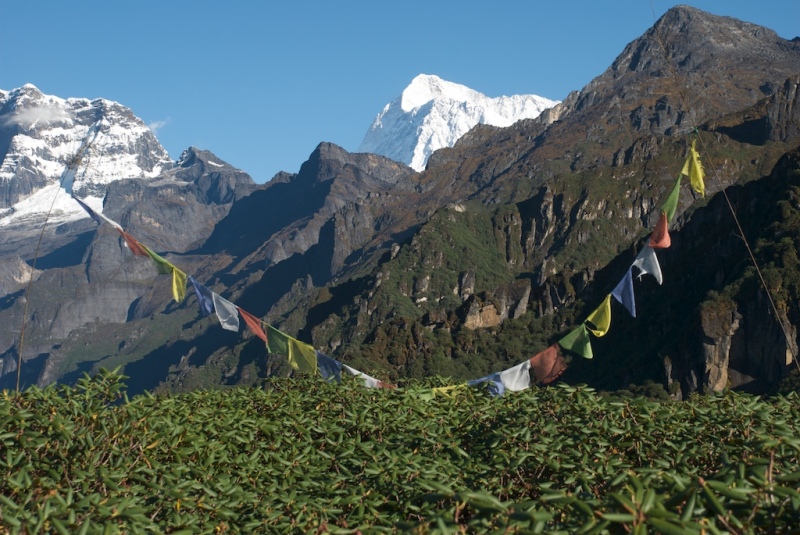 [Our first view of Makalu.]