Idealists are frequently told that “hope” is not a strategy. Perhaps not, but it breeds inspiration, and inspiration is nothing if not the mother of the marvelous. And hope and inspiration together . . . Why, don’t they create the foundation upon which all great strategies are formed? 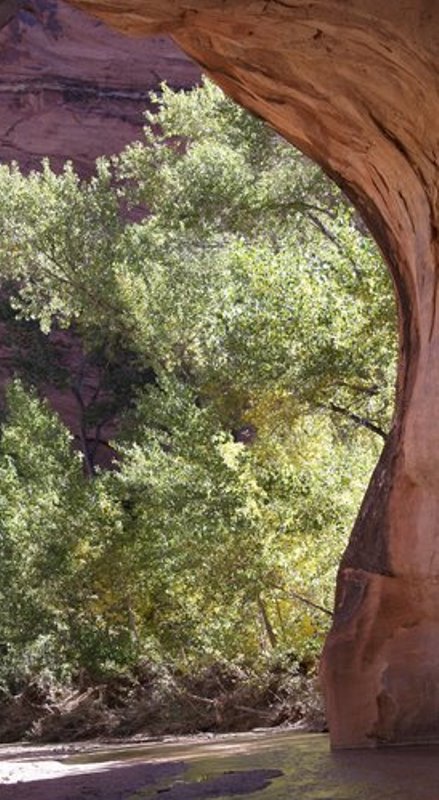 On December 19th, Tim DeChristopher confessed in hushed tones to his roommate that, in fact, he didn’t have a plan. What he had was a strong desire to protect a landscape he loves, and a hope that he could still do something about it. So Mr. DeChristopher did something truly unprecedented–something inspiring–and in so doing, accomplished something truly marvelous. In short, his simple, solitary action short-circuited the inexorable machinations of the U.S. gover’naut and their attempts to push through an eleventh-hour sale of some prime Utah wilderness. He did this in the span of a couple of hours, armed with little more than a paddle and a purpose.

The government action in question was the much-contested auction of nearly 200,000 acres of wild Utah situated near some of its most vast and ancient treasures: Arches National Park, Canyonlands National Park, and Desolation Canyon to name a few. Realizing that letter writing and picketing, no matter how tireless, were not going to halt the sale of this acreage to oil and mining interests, Tim DeChristopher placed his picket sign down in front of the BLM building where he was protesting and chose a new course of action. A columnist for a local paper here in Reno offers this description of the events:

So there was De Christopher, at the BLM office in Salt Lake City on the morning of Dec. 19, along with about 200 other unhappy folks. He thought about the times he had written letters to congressmen, had protested outside of government offices, and had signed petitions. “What the environmental movement has been doing in the last 20 years hasn’t worked,” he told the Salt Lake City Tribune later. “There comes a time to take a stand.” And then, following a positively inspired hunch, he took one.

He left the protest in front of the BLM office, headed upstairs, and registered to be a part of the auction action. Then, he began to bid. Over the next couple of hours, De Christopher showed that an auction paddle can be a far more effective “monkey-wrenching” tool than a tree spike or sugar in a gas tank. He bid on every parcel, driving up the prices on many, and won 10 for himself, at a total tab of $1.8 million. Finally, the real oil people and BLM staffers began to catch on that they were being hornswaggled by some goofus in a big red parka who sure didn’t look like a Conoco executive. That’s when a couple of cops came over and asked Mr. Big Bidder to come with them into the next room for a bit of a credit check, whereupon De Christopher ’fessed up that he didn’t have any money whatever and no intention of paying for the land that he had just “purchased.” And that’s when the feds realized they had just taken a cream pie to the kisser.

From hope, came inspiration, and from inspiration, action. Now the stage is set for a new strategy. That strategy is taking shape at www.Bidder70.org, where money is being raised to secure Tim’s winning bids. While some have raised objections that American citizens should not have to pay for lands they own and which never should have been offered for sale, it’s worth noting that money paid by American people to the U.S. government is money paid to America. Which is to say us. All things considered, $1.8 million is a sweetheart deal for nearly 150,000 acres of the country’s prettiest real-estate. At a time like this who deserves a deal like that; oil companies, or the American people?

Another point: by bidding on these parcels, Mr. DeChristopher has opened up a new possibility for protecting treasured landscapes. It will take $45,000 for Mr. DeChristopher to secure his winning bids, which will ensure they remain untouched throughout the hurried and confusing process of the pending administration change. That same sum spent on advertising and legal fees would not have gone nearly as far in securing these parcels until such time as a newly seated administration will be able to devote the proper amount of time and attention to considering their sale. From here, it looks like Tim followed the formula of many a climber, surfer, skiier, biker, etc: consider the predicament, see the impossibility of standard approaches, silence the naysayers, and pursue the cleanest line.

So here’s to the heart of wild Utah. And here’s to Tim DeChristopher,who in the true spirit of “inspiration” has breathed life back into abody of tired crusaders.

Check the Salt Lake Tribune’s website for complete coverage of this unique auction, and check out Bidder70.org and OneUtah.org to lend your support to Tim’s efforts on behalf of Utah’s wilderness.

Photo: Tim DeCristopher speaks with members of the news media after he was escorted out of the Bureau of Land Management offices in Salt Lake City on Friday, Dec. 19, 2008 following DeChristoper’s bid on several oil and gas leases during a BLM auction. (Steve Griffin/The Salt Lake Tribune)