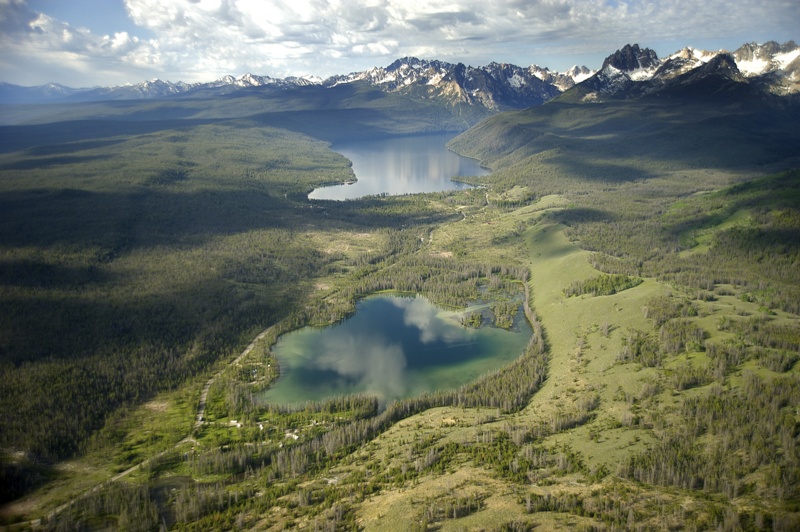 Salmon are anadromous. They live mostly in the ocean, but return to distant, fresh mountain headwaters to spawn. This term that describes their biological ties to seemingly disparate environments (ocean and mountain) might just as easily describe the ways in which salmon bring together competing cultures and histories. Their power, their story, have earned salmon a broad cross-section of advocates. The sustained, collective will of these unlikely allies is needed now, as federal courts near a decision that will determine the fate of Snake River salmon, and potentially set a new example for the management of fisheries resources. Some talented salmon advocates join us today with their words, images and video. Here's Emily Nuchols, from UnderSolen Media to get things started:

Snake River salmon swim farther and climb higher than any other salmon on earth. And because they return to the biggest, highest and best-protected habitat in America, endangered Snake River salmon are slated as the West’s best chance to save salmon for future generations in an environment threatened by climate change. These cold, crisp waters, spanning three Western states — Washington, Oregon and Idaho – will remain cold under warming climates, protecting these one-of-a-kind salmon with a one-of-a-kind habitat. On May 1, PBS' Nature will premier Salmon: Running the Gauntlet, a program about the ongoing debate on how to save this endangered species.

And on May 9th, a federal court is poised to make a decision that could change the fate of endangered species across the entire country. U.S. District Court Judge James Redden will decide if the Obama administration’s federal salmon plan will pass legal muster — a decision that will do one of two things for endangered wildlife: protect the Endangered Species Act (ESA), or weaken it. Making the wrong decision on these rivers would effectively damn these salmon to extinction.

[The high country that Snake River Salmon call home. Redfish and Little Redfish Lakes, "so named for the brilliant sockeye salmon that once returned from the Pacific Ocean in such massive quantities that the lake shimmered red during spawning season," sit at the base of Idaho's Sawtooth Mountains. All photos ©Neil Ever Osborne, iLCP]

This court case is about much more than an individual species of fish. This case is about how we, as a country, decide to chart a path to our future — and whether we decide to save wild salmon, grizzlies, wolves and other iconic American wildlife, or let them slip to extinction. A win for salmon will strengthen the Endangered Species Act, one of our last, most effective tools for protecting wildlife and habitats facing increasing threats. A decision on behalf of salmon will provide a clear sign that our government is wholly concerned and cares about our environment. But a loss for salmon will weaken the ESA and send an ecological ripple across the country — effectively lowering the bar for every single endangered species in the nation. 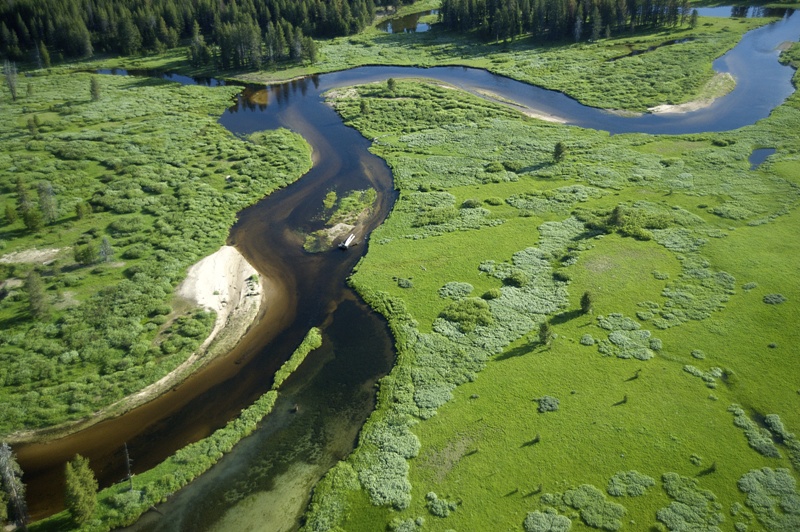 In the Pacific Northwest, the science is clear: removing the four lower Snake River dams is the most effective, if not only, path to restore healthy, abundant salmon and steelhead populations. But even outside of the region, this decision would have a major ripple effect. It would be the largest river restoration in our nation’s history and a motivator for the rest of the country to “win the future” by building a bright future not just for salmon in the Northwest, but for other endangered wildlife and communities across the US. The Obama administration has yet to consider this option despite strong urging from fisheries biologists, former Northwest governors, and people and businesses across the nation.

“Throughout the region, unlikely collaborations are fighting back, insisting on renewal – of natural systems, of cultural potential, of legal and moral responsibility to indigenous people, and more,” says Jim Norton, co-producer and writer of Salmon: Running the Gauntlet. “Hundreds of projects to remove dams and restore habitat while accommodating agricultural and power interests include historic agreements on rivers like the Elwha, the San Joaquin, the Rogue, the Sandy, the White Salmon, and the Klamath. With great difficulty, at great expense, often out of desperation, people are working to bring the wheel back around, to reclaim a place for our missing heritage in a more hopeful future.” 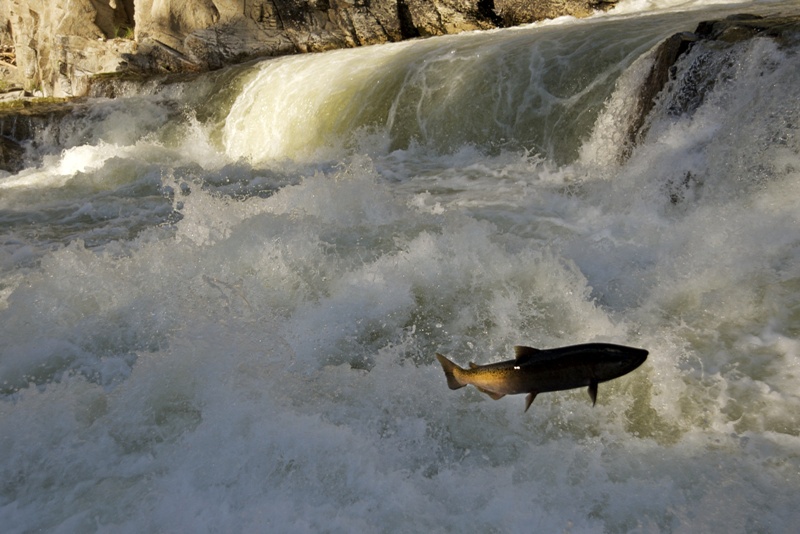 The Columbia-Snake Rivers may not be in your own backyard, but the effects of this decision certainly will be. If you are concerned about our nation’s future, take action to save salmon and protect America’s endangered species.

Still interested? Pick up a copy of Steven Hawley's recently released Recovering a Lost River: Removing Dams, Rewilding Salmon, Revitalizing Communities, or listen to the author discuss the fate of salmon with filmmaker Jim Norton and Outside senior editor Abe Streep in this recent Outside podcast.

You can also watch The Greatest Migration, a film by Andy Maser of EP Films that documents the incredible migration of Snake River salmon, the obstacles they face along the way and the people fighting to save them.

The Greatest Migration from EP Films on Vimeo.

Emily Nuchols is the founder of Under Solen Media a full-service communications firm with a cause, representing some of the top outdoor industry brands, nonprofits and high-profile adventurers.