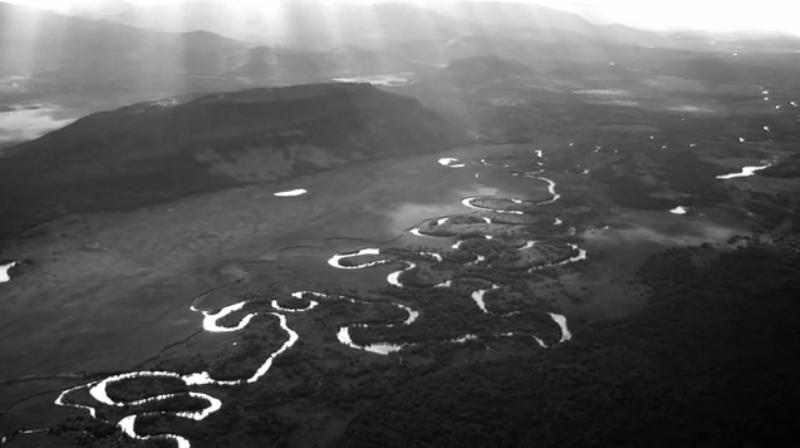 Last night I saw the best outdoor film I’ve seen in awhile. It’s about fly fishing. Huh? I’ve never fly fished and, honestly, I never really “got it.” I know there must be something there, though, because even if it makes as much sense to me as drinking margaritas in Russia, people love it, obsess over it like I do with climbing, and friends do with skiing and surfing. Tons of people at Patagonia go nuts for it. Cool. But still, I didn’t really understand the allure. Until last night. [Photo: Felt Soul Media]

The 39-minute film is called Eastern Rises, and it showed at the opening night of Adventure Film Festival, the festival created by my friend Jonny Copp that's continuing onward in his memory. In short, Eastern Rises follows a few fly fishing obsessed guys who go to the ultra-remote Kamchatka Peninsula in Eastern Russia to fish (of course), traveling by ancient Russian helicopters, enduring Vodka culture, Sasquatch, Grizzlies, monster fish and encountering a variety of characters at every turn – and these guys fully fit-in, being quite far from the cardboard cutout types themselves. According to the film info, the Kamchatka’s coastline has “the most abundant and biologically diverse population of wild rainbow trout, salmon and steelhead that has ever existed on Earth.” Once they arrived, wow. You don’t have to care about fish to fall in love with the landscape, though I imagine it must be like the fishing version of an undiscovered and unbelievably pristine mountain range made for climbing.

It takes more than pretty pictures, though, to make a great film.

To my mind, a film like Eastern Rises succeeds, in part, through its combination of imagery, story and dialogue, to create a sort of three-dimensional component that syncs perfectly to help us understand or feel something deeper – like understanding another person’s passion that maybe we never got. Eastern Rises does so in engaging ways, utilizing superb camerawork, excellent pacing, unique and non-clichéd narration, cleverly spaced humor and fun characterization. It avoids the mind-numbing stilted interviews and predictable lines like, “Well, uh, so here we are at…” or “Wow, that was a good run.” Bleh. Seems to me that dialogue and scenes must be either informative or entertaining. At best they can be both. They cannot be neither. If we have staged interviews with a person telling us something that adds nothing, then it’s a waste of time. Conversely, unique dialogue, humor, drama, tension, interviews of importance, and stunning scenery provide information and entertainment.

While watching the guys go to Kamchatka to try to catch fish, it seemed obvious that everything they did, every worthless thing – just like every worthless move and nonsensical thing I do climbing or friends do skiing or surfing – meant nothing in itself or to the outside world. But it’s their passion, and that means something. Even if it’s just catching fish, though it’s probably something more.

The Eastern Rises crew (I don’t know any of them, by the way) did a damn fine job, some great storytelling through a great film, and I’ll toast to that. So here’s a terrific, unique margarita recipe, even though in Russia they drink vodka. 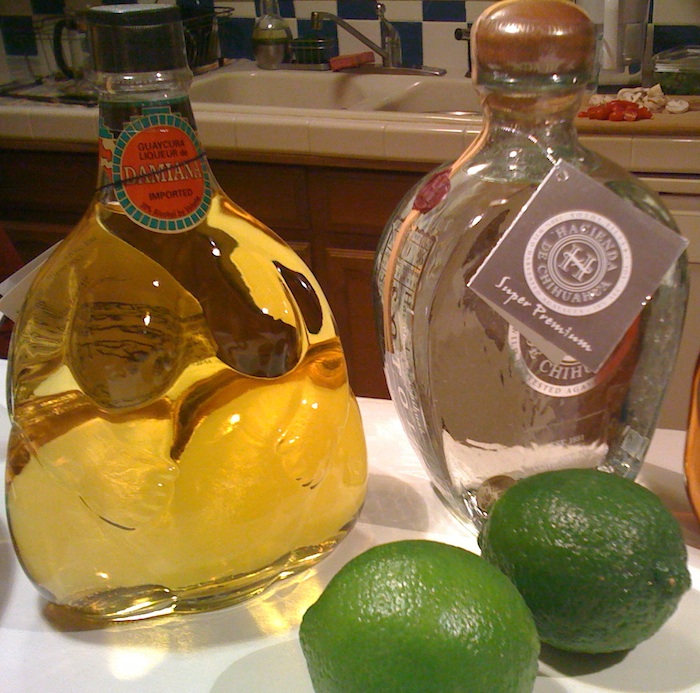 It’s strong – no sweetner, just the alcohol to offset the lime, and the alcohol comes in a unique form. I suspect this could be a love it or hate it sort of deal, but I hope you love it.

Tequila
Actually, technically, it’s not tequila. It’s a close relative called Sotol, made from wild Dasylirion, a variety of the agavacea plant. According to www.sotol.com, it’s been used by the Tarahumara and Anasazi for 800 years. If you can’t get it easily enough, just use some decent tequila. For this recipe I prefer silvers, or blancos, which are unaged – sharp, crisp, fresh, though often not as smooth as reposados or anejos (which are aged in barrels). Remember, any tequila (or variant) worth a damn is 100% agave. Don’t get those “gold” blended tequilas, because, though they may be a little cheaper, what price do you put on happiness?

Damiana
Instead of triple sec, try Damiana liqueur. It’s got a unique light-yet-spicy taste, made from the damiana herb of Baja California, Mexico. Give it a try. Cool-looking bottle, too.

Do one-half to three-quarters of a shot of Damiana.

Mix
Not a mix at all, but pure limes. This takes effort, but it’s worthwhile. Find some limes, roll them under your palm on the countertop until they soften (I’m told that microwaving them for about 15 seconds works, too, though I like to roll them by hand). Cut ‘em in half and put them in your juice squeezer (you can find these cheap at thrift stores). No squeezer? Just squeeze ‘em yourself somehow. Seems that one lime usually comes out to two ounces or so of juice, though of course it varies.

One shot of lime.

Marg
Put it all in a shaker, along with some ice. Add a splash of OJ. Better yet, and an insider tip: squeeze about a quarter of a Clementine into it (and, by extension, this means you should make four drinks just so you don’t waste the Clementine; feed the remaining, desiccated body to your dog). If you don’t have a shaker, use a water bottle or something – you can figure it out, but this part’s important to ensure complete mixing and release of the flavors. Shake the living bejesus out of it for a good ten seconds or more. Salt the glass, drink, enjoy.

Editor's note: Once your marg is mixed, head on over to the Tin Shed and enjoy the extended trailer for Eastern Rises. DVDs can be purchased in the Felt Soul Media shop. And while you're at it, let's send some good, warm vibes out to Tommy and Kevin up on El Cap.

"@kjorgeson – Full on white out conditions on el cap right now. (1 hour ago)"