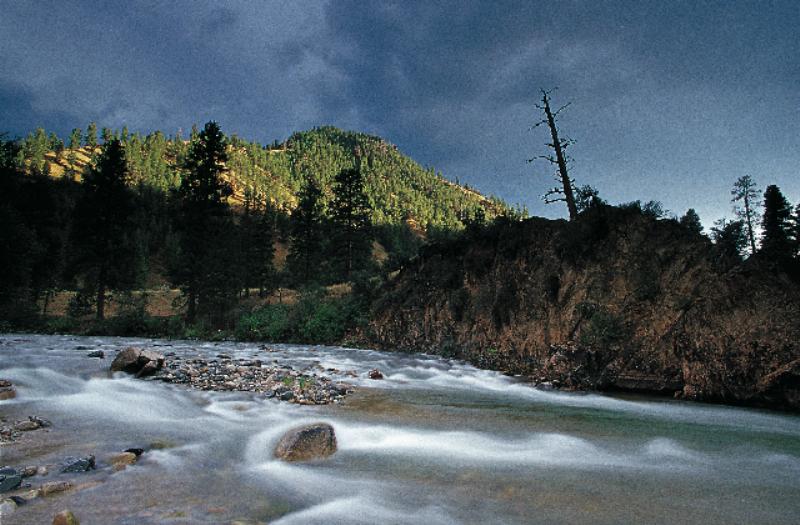 Our earlier post about the need to protect wild salmon in the federal salmon plan – signed May 20th – focused on urging the Obama administration to stand up for salmon and the Endangered Species Act. In an unfortunate decision, Obama took his cue from an illegal administration plan carried over from the Bush administration. We’re joining Save Our Wild Salmon in urging the Obama Administration to change course and remove the four lower Snake River dams. This has only strengthened collective resolve to protect salmon habitat. As Washington farmer Bryan Jones explains in a recent essay, protecting salmon habitat can be synonymous with protecting family farms and reducing their bottom-line.

[The high cold mountains at the heart of the Columbia/Snake watershed provide a last redoubt for imperiled salmon. The path to reach these strongholds winds through land farmed by folks like Bryan Jones. Photo: © Matt Leidecker]
______________________

Bryan Jones is a fourth-generation wheat farmer near Colfax, Washington. He farms 640 acres. He and his fellow farmers rely on barges on the Snake River to move their wheat to market. This is primarily why the dams on the Snake were built.

Jones remembers going down to the Snake before it was dammed.

“I watched the currents and eddies with my grandparents and was told how treacherous that river was, yet its  currents fascinated me. I picked fruit along the banks of the Snake. At times when picking with my grandparents, my brothers and I would eat as many peaches as we could, stuffing our mouths with big warm juicy peaches. (Afterwards, they never weighed us!)__”The dams were built when I was young; Little Goose in 1966,
Lower Granite in 1974. After the four dams went in, we lost 140 miles of the river. Today, there are only a few places along its banks where people can recreate and enjoy our local river. As a young man, I remember coming back home from Los Angeles, and I looked at the slow water in its summer heat; there was no current, it was algae filled, and I knew it was not a place I wanted to play in or eat fish out of.”

Jones began working with Save Our Wild Salmon in 2006 after he was contacted by his local conservation district office and asked if he’d like to come to a meeting. Once there, he heard representatives of SOS and American Rivers talk about ways to take down the dams and help farmers. 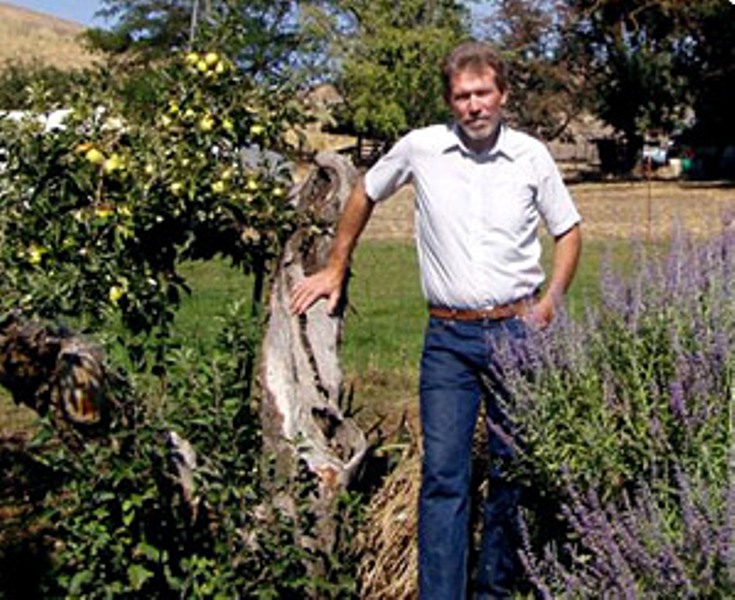 “Before that,” Jones says, “advocates for dam removal wanted to remove the dams with no options for locals. But this was a new tack. I saw that the dams could be removed if farmers had an economically viable way of shipping grain. I saw that for much less money we could build infrastructure, ship our grain via rail and still have the option of shipping grain and importing goods without tearing up highways. Currently, one rail line already exists on the lower Snake. If affordable and efficient rail can replace Snake River barging, it can be a better alternative for farmers and other shippers. It is the bottom line that farmers look at most.”

Jones adds, “The bottom line is that we need to take care of this planet sooner or later. If we take down the dams on the Snake, we will save a species that ranges from the deepest ocean to the highest reaches of the United States. They help keep our planet alive. By coming together, having a dialogue, studying the science, we can restore salmon, keep farmers whole, and give communities back that which they have lost – their river. In
turn we might benefit from improved infrastructure, better market access, public access to the river, recreation, wildlife habitat, but most importantly, we may give a species so critical to the great northwest and beyond, a chance to survive.”

While the fight continues to free the Snake River of the four obsolete dams, the Wild Salmon Center is starting work on legislation that could protect pieces of habitat critical to salmon survival. Learn more about Salmon Stronghold legislation.

Riparian systems can repair themselves if given the chance, and it starts with removing unnecessary dams. The decades-long struggle to remove dams on the Snake River might seem like a lost cause, were it not for well-documented success stories like that of the Kennebec River, highlighted recently by National Geographic.