I arrived in Knoxville early afternoon on Wednesday to spend some time with my mother before the Rock Creek Stump Jump 50K in Chattanooga on Saturday (Oct. 1st). I picked up the rental car and drove to Manorhouse, her assisted living home. Mom has severe dementia and is physically frail, no longer capable of performing even the most basic tasks necessary to sustain herself.  She smiled when she saw me. 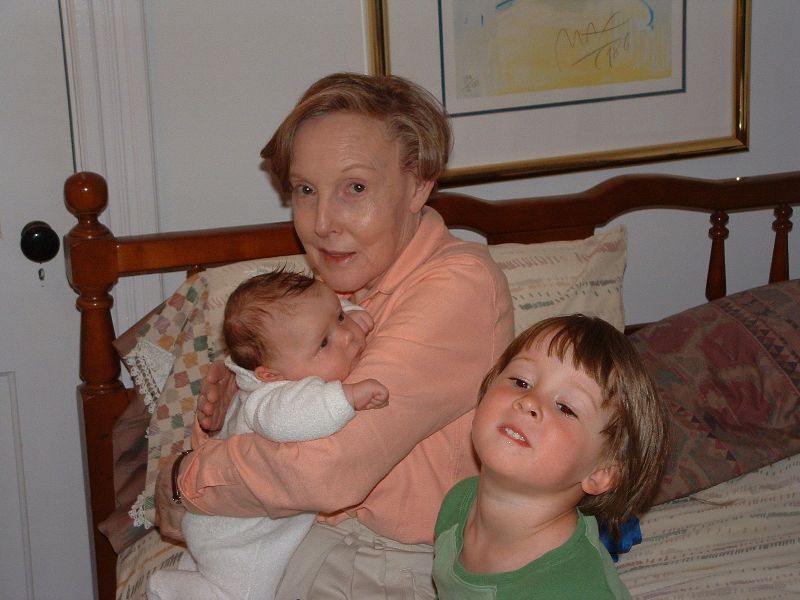 Nice…she still recognizes me. No doubt my brother Greg had reminded her several times that I would be here today. But for Mom to process and store that information for recall later might be, I fear, like explaining the Three Laws of Thermodynamics to Muriel, my five-year-old, and then expecting her to write an analysis of my lecture.

I pushed Mom in her wheelchair around the building and grounds, and then fed her dinner. It had been a good afternoon and evening; Mom was smiling and seemed content. Her verbal skills these days consist mainly of a cascade of sounds, with an occasional string of two or three identifiable words, almost expressing a half thought.  Not too long ago, these sounds had been intelligible speech. Now, though, only her tone and facial expression suggest contentment, frustration or anger, statement or question. I always answer Mom with a smile and some response that most likely bears no relationship to what she attempted to say or ask.  Nonetheless, she usually seems satisfied with my “Oh yes, I think so, Mom”, or “No, no, we’d better not do that, Mom.”  Greg, who lives nearby, and sees her daily is Mom’s primary family link and caregiver. (He is scheduled for knee surgery this afternoon, thus probably putting all of his running days in his rearview mirror. So sorry, dude.) He always helps coach and prepare me on what to expect for my upcoming visits with Mom.

[The author’s mother in 2006, with her grandchildren, Muriel and Ansel. Photo: Kevin Alldredge.]

So far, so good.  Wednesday, Thursday and Friday morning with Mom. Friday afternoon I’ll drive down to Chattanooga, meet up with my friend Robert coming up from Birmingham. We’ll load up on carbs at the Stump Jump dinner while getting inspiration from ultrarunning great Diane Van Deren, and turn in early before enjoying 50 of Signal Mountain’s sweetest kilometers the next morning. I’d last seen Robert seven months ago, in late February, when we ran the Mt. Cheaha 50K together, the “Race to the Top of Alabama.”  But you know what they say about how to make the Goddess laugh…just tell Her your plans.

When I opened Mom’s door Thursday morning she was asleep and breathing with the assistance of supplemental oxygen. At her bedside were Beth and Roe from Hospice Care. Mom had had another seizure earlier that morning; the latest in a series of such episodes visited on her by the cruel, or at least indifferent, forces at work deep inside of her. Within a few days after each seizure, Mom usually regained her strength and awareness, but never back to quite the levels she possessed prior to the event.

Throughout the day, I stroked her arm, her face, reassuring her of my presence. Periodically she opened her eyes, but no part of my beautiful mother could I recognize in those eyes, staring out of her ravaged body and brain. At dinnertime I was able to coax a small bottle of Ensure protein drink into her. It took about 30 minutes, but together the two of us did it.

Runners consume these same protein drinks for building muscle and for aiding muscle repair and recovery. I’d last had one two days ago after my final training run. My own yummy concoction of fruit, milk, whey protein, yogurt, green nutrients, and ground flax seeds. And after the Stump Jump on Saturday I’d have another, this one an off-the-shelf brand product. I couldn’t decide if it was ironic or perhaps altogether appropriate that Mom and I both benefited from the same drink.

My trip wasn’t unfolding exactly as I had originally planned, but I suppose it was life in microcosm…we plan, we adapt as necessary, and we race on until we can’t. Mom’s condition improved incrementally on Friday, and I stayed with her until she fell asleep that night. I left Greg’s early Saturday morning and met up with Robert just before the race start. And just as I’d envisioned, Robert and I had an unforgettable run together on a beautiful, crisp Tennessee day.

[Start of another Stump Jump. Screen-grab from the Rock Creek website.]

I made it back to Knoxville in time to help Mom with another Ensure dinner. And again, as I fed Mom, I wondered at the juxtaposition of my having gulped down a large bottle of similarly fortified protein nourishment just hours earlier. I decided that Mom and I are indeed running the same race; we’re just on different laps. Greg and I are helping Mom take her victory lap.

She has run a great race, definitely not a DNF. I hope that Mom, at this point, is still able to look back and remember the course. Just as I hope I’ll be able to recall today’s beautiful run through the woods with Robert, as my kids gently lift my head off the pillow to fill my body with one more protein drink.

– Kevin Alldredge is an ultrarunner and an employee at our Patagonia, St. Paul store in Minnesota.