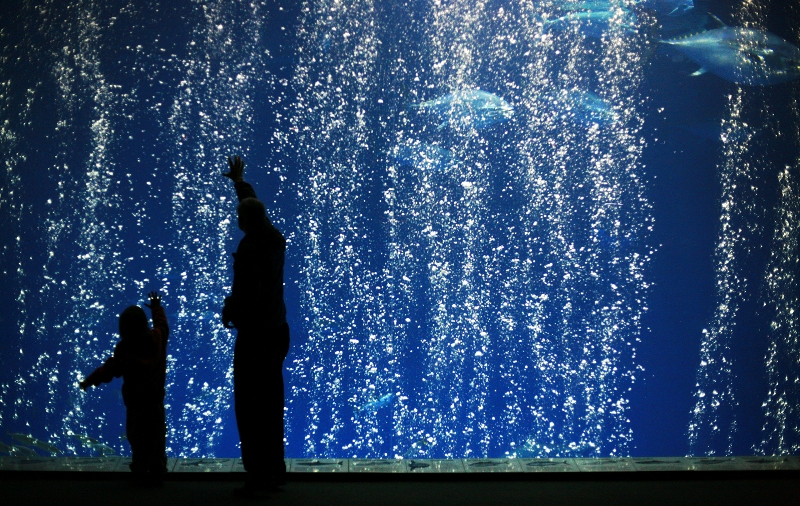 Once again it's time to revisit a past environmental campaign, Oceans as Wilderness, and I wish it was under more positive circumstances. Patagonia grantee the Environmental Defense Center is starting to spread word about another problem the world's oceans are facing due to humanity's carbon-producing ways: ocean acidification. Read on to learn more about this emerging issue and a new film that hopes to bring it into the public spotlight.

[Steve Hudson & grandson Elias on location during the filming of A Sea Change. Photo: aseachange.net]

While the realities of climate change on the land are becoming better understood, there is an urgent but little known global crisis occurring in our oceans. Often referred to as the “other carbon dioxide problem,” ocean acidification is a process that is making the oceans more acidic. Calcifying marine creatures including corals, coralline algae, urchins, lobsters, abalone, and small ecologically important groups of planktonic swimming snails have difficulty developing their shells in more acidic water. Since many of these marine creatures provide habitat and food for other marine life we can only imagine the ripple effect that losing these creatures would have on the food web.

Environmental Defense Center (EDC), a local non-profit environmental organization that works in San Luis Obispo, Santa Barbara and Ventura Counties, is leading a national effort to garner more attention to the threat of rising ocean acidification (see EDC's Ocean Acidification Report). In October EDC will host two free local showings of the film A Sea Change, the first documentary about ocean acidification. A Sea Change explores the consequences of acidification in the world’s oceans and its implications for marine life and humans. This movie brings home the indisputable fact that our lifestyles on land are changing not only our earth but also our oceans.

[Video: A Sea Change trailer from niijiifilms on YouTube]

FREE & OPEN TO THE PUBLIC

If you don't live in the area check the movie's Web site for other screenings around the country, including details on how you can bring A Sea Change to your own town. They also have a Take Action page with various ways you can help — one-minute actions, ten-minute actions and one-day actions.

Ocean acidification is but one of the issues the Environmental Defense Center is tackling. Explore EDC's programs to see the extent of their work and please consider making a donation in support of their efforts.

[With thanks to Kristi and JD.]