This summer, Patagonia teamed up with non-profit environmental and social justice group, Louisiana Bucket Brigade (LABB), to assist with a project massive in scale and ambition: to track the full impact of the greatest ecological disaster in American history, the Deepwater Horizon oil spill of Spring 2010. The impacts of this disaster extend well beyond unspeakable environmental degradation to the collapse of sustainable industries like fishing and tourism, and the human communities those industries support. Today we offer the third in a week-long series of stories from Patagonia employees who travelled to the Gulf to assist the LABB in their ongoing community surveys and Crisis Map project.

Oil in the Bathtub

Though I’m from the south and am familiar with southern hospitality, I am still amazed by the polite and welcoming experiences I had surveying local residents of Plaquemines Parish, LA about the impact the Gulf of Mexico Oil Spill has had on their lives, health and community. It can be intimidating walking into a foreign community and know that you are going to approach houses, knock on their doors and ask them personal questions regarding their health, jobs, income, and community. Most people I know would not even begin to be comfortable answering these questions from a stranger, much less inviting them inside their home, out of the sweltering Louisiana summer sauna heat to do so. 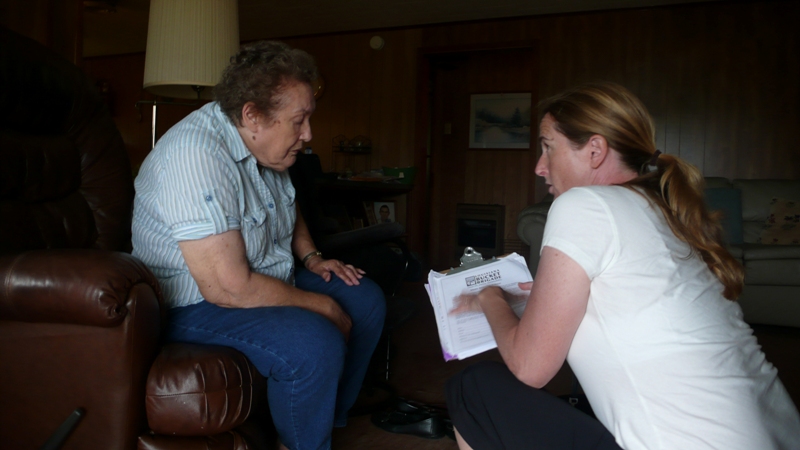 While in Plaquemines Parish we walked through the neighborhoods, knocked on doors, and were welcomed into homes to learn about the impact the spill has had on their lives. We spoke to people and heard first-hand how they were being affected. What we thought would be a 5-15 minute survey often turned into a 30-minute, or hour-long, discussion of their lives and how they’ve changed.

[A Patagonia volunteer surveying a resident of Chauvin, LA.]

We heard that many people were experiencing an increase in symptoms such as coughing, difficulty breathing, asthma, itching and burning eyes, headaches, skin rashes and nausea.  We learned from a recently laid-off oil response worker that on the day the dispersant was sprayed, workers on a platform a few miles away became ill and had to go to the hospital. He also recounted how one of his friends, a commercial fisherman out of work from the spill, was told by his doctor that he could not work for the oil response due to the toxic vapors and chemicals used since he had a pre-existing condition. 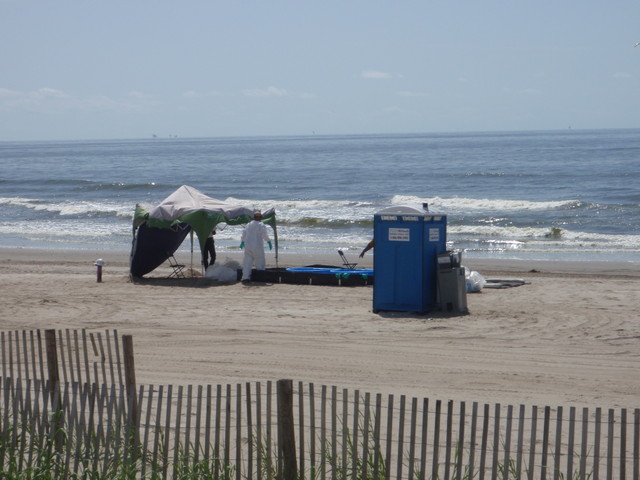 We attended a Town Meeting in Buras, LA and learned of a mother whose daughter was experiencing a severe skin rash. Out of concern she removed her daughter from her home and family and moved her 200 miles inland. Once away from the exposed area her rashes disappeared. I spoke with a woman who originally believed she was not affected by the oil spill but then acknowledged that after the spill she had a migraine for four straight days until she threw-up. She then paused, looked up, and said she has never had a headache in her life before this.

Most people we talked to recall a burnt oil odor in the weeks following the spill and one young man explained that since then his uncle’s asthma has flared up and he is now on a strict regimen of antibiotics and other medications. One team interviewed a family who said that when turning on the water for a bath, oil – rather than clean water – ran from the faucet. When they reported this to their local authority, they were told to pour bleach down the drain. 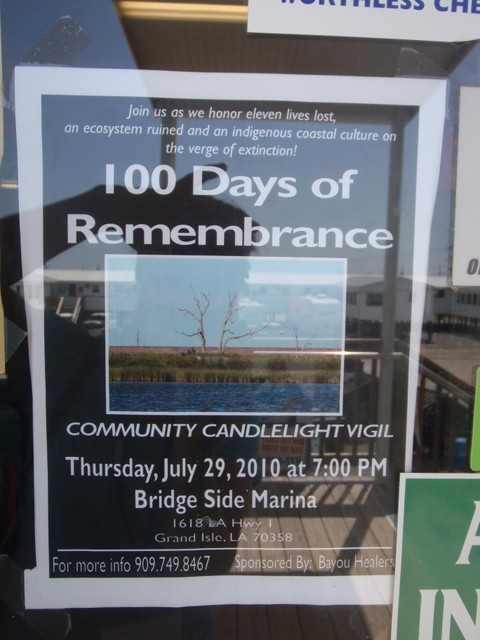 Who is testing the water they drink, the fish they eat and the air they breathe? How can the vapors from the oil – especially when it is being burned – and the millions of gallons of sprayed chemical dispersant not be affecting these local communities bordering the Gulf?

From what we heard through our surveys with local residents, it is likely this community is being poisoned, their work has been stripped of them, and their culture drastically changed. When has the media spoken on their behalf? When is it time to question what and whom the oil spill is affecting now? When is it time to test the water the local community drinks, the air they breathe, and the food they eat? Apparently 206 million gallons of crude oil and more than 1.8 million gallons of chemical dispersant dumped in the water and air supply is not enough for the media and environmental testing agencies to acknowledge the impact this spill is having on the local community.

[Above, right – One of many clean-up stations along the beaches of the Gulf Coast. Above, left – A flier from a local window in Grand Isle, LA – one of many attmepts to bring the community together in search of healing and solutions. Photos: Lisa Hall]