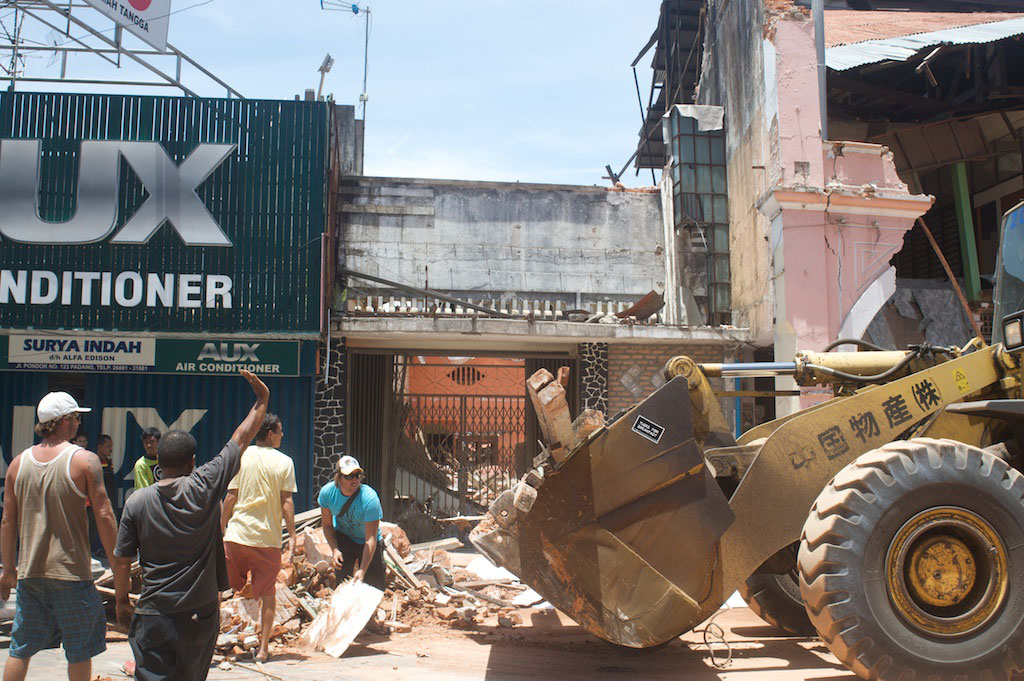 Today we’re following-up on Friday’s post “Great Waves, Bad Earthquakes, an Island in Need” with a firsthand account of the recent earthquake in Sumatra. Patagonia surf ambassador Belinda Peterson-Baggs was on a boat trip with our friends at Sumatran Surfariis when the 7.6 quake hit. All photos by Adam Kobayashi. Here’s Belinda:

In the last hours of sunlight, the sea conducted a violent tremor in the depths, 20 meters below. From the decks of Mikumba our hearts missed a beat; 45 seconds felt like an eternity, until the rumble eventually settled and each particle of water once again found its flow with the swells. Throughout the night distress calls over channel 16 broke the horrifying news of a 7.6 magnitude earthquake, epicenter just 33 miles from Padang. Shock and panic came across the boat in a wave. The entire crew have wives, children, mothers, brothers; their entire families living amongst the 800,000-strong, third-world city. Instantly pulling anchor we headed for port praying for the lives of our friends and loved ones.

“Started slow and long interval, enough in most places to get up and out from what you were under and start to run, then it got stronger and LOUD and was really rolling, opening up the ground, throwing power lines down, shaking trees like they were in a cyclone. Big buildings were sort of semi exploding like bombs were in them and catching on fire. Then it slowed and you heard screaming and crying, saw shock, saw people with legs under walls, blood, panic. Picked up a kid with his knee hanging out of his leg, he was in shock, and calm, his dad grabbed him and I later learned he bled out in the hospital.

“Then the panic kicked in again as to what may be heading our way from out at sea, over the horizon. Bolt to car, power line all over it. Head inland, people jumped in the back of the pickup. Couldn’t forget the dog, so going to go get him was against all survival instincts and super adrenaline-shaking hands. At this stage we didn’t know where the epicenter was. We all have been waiting for the northern part of the Ments chain to lift 3 meters and slide 35 meters southwest, this could have been that. Get out of the coastal zone. Traffic jams, side mirrors being pushed by motorbikes pushing past, people jumping in the back. Was a pretty radical 30-odd minutes, something lucky to experience and live.

“But then it rained and then poured and a storm blew in from sea and a few aftershocks went down and no one was inside, the rain was just in everything, and mossies [mosquitos] were everywhere. Loooooong night, but I was lucky. Some are dead, some are messed up physically and mentally for life.”

Our first glimpse of the city is distorted — buildings leaning on a slant sideways as if the ground has been titled 45 degrees out of place. Further up, river rubble lines the shore as every second structure has fallen flat to the ground. Local fishing boats fill the docks resting empty, and the usual loud and chaotic streets rest deserted and dusty. The city echoes with the hallmarks of a ghost town. Eyes filled with tears and hearts with hope, the crew’s feet finally meet the shore and they rush silently to their homes and loves ones. 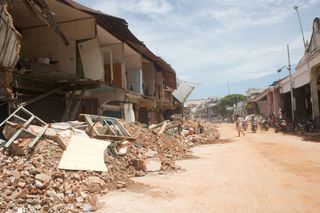 Meeting the Sumatran Surfariis family we learn that there are over 1,100 people already dead and all the main buildings destroyed. The Batang Aru office is in rubble, three people were killed next door, The four stories of the Bumi hotel and Ambacang hotel have collapsed and there are still people trapped inside. The shopping center is in ruin and continues burning from a gas leak. The list is endless with over 20,000 buildings demolished and still thousands of people missing. The hospitals are overflowing. Churches and mosques have been converted into makeshift emergency centers and the Red Cross and army have set up aid and rescue stations all over town. 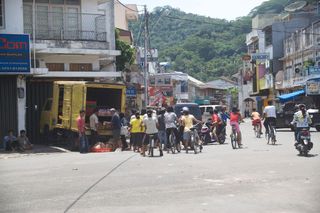 All of the 40-strong crew and local employees of Sumatran Surfariis have suffered due to the disaster; with a third of them loosing their homes entirely and the remainder needing to rebuild or repair at the best. Thankfully and luckily no lives of our friends and their families were lost. However, some have been shattered and forever changed by broken legs and severed limbs. 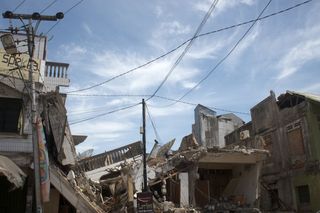 Sumatran Surfariis are putting together relief and financial aid to assist with shelter and living conditions. The costs associated with getting these people back on their feet are low in comparison to western standards — rent on the outskirts of town averages $US300- $US500 per year and the average costs of most rebuilding rounds off around the $1000 mark — so any help you can provide will go a long way. By skipping the bureaucracy and red tape every cent goes directly to the people.

Brought about by requests from friends and return guests wanting to help, Chris Scurrah and Christina Flower fromSumatran Surfariis are now accepting donations of any kind and to quote Chris, “We honesty really care — more stoked doing this right now than going surfing. Our employees are like our family.”

To make a donation of any shape or form please refer to the information below.

1. You can PayPal money to Danny’s address: dsiudara@sprynet.com

If you have any questions about the donation process outlined above, you contact Chris through Sumatran Surfariis Web site. Thank you for your generosity. 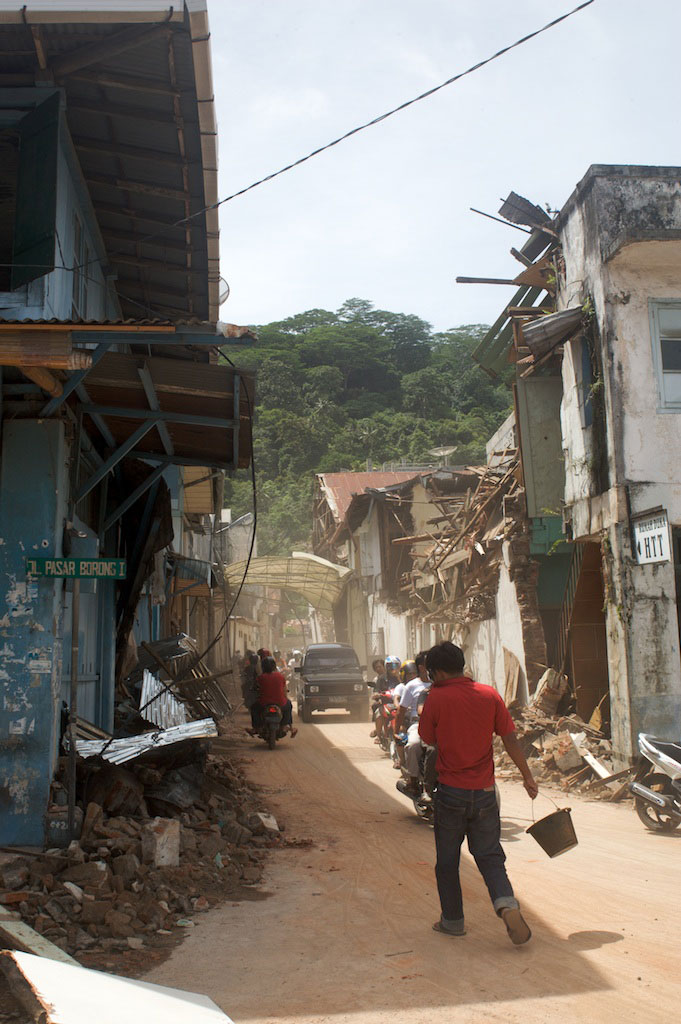 A seeker of wild places and pristine pointbreaks, Belinda’s heart has always been set on the ocean. A passionate all-around surfer and bodysurfer, she’s best known for her graceful and technically accomplished longboard style. Bindy has a wandering spirit, but her roots are on Australia’s Surf Coast. “Time in the ocean,” she says, “is like returning home.” She recently added the role of mom to her resume, and delights in sharing the beauty of this world with her son.