“I hear Tommy had to carry you out of the Park the other night,” the Danimal said over the phone. “Carried ya in his strong arms like Kevin Costner with Whitney Houston in The Bodyguard.”

Dammit. So this is how rumors get started.

Rewind. First, last weekend, me and my special lady friend (SLF) did this: 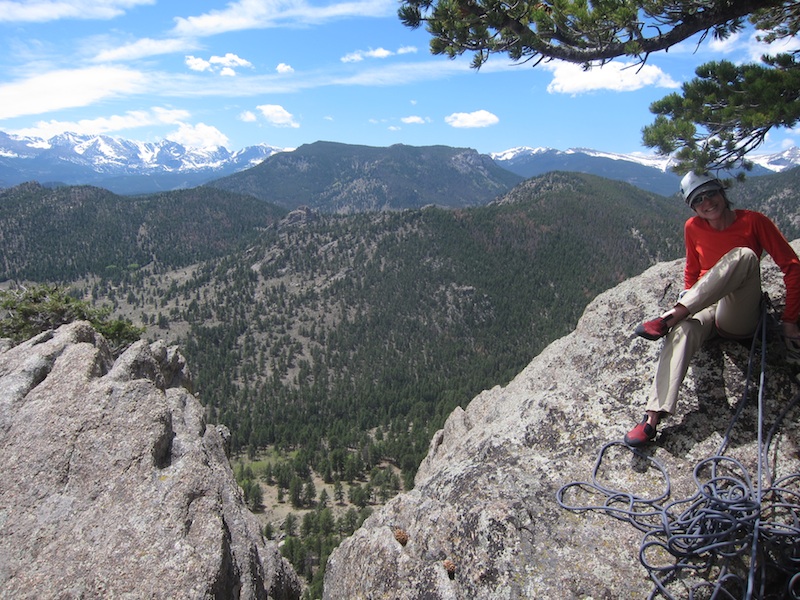 But then on Tuesday, for some stupid reason, Weasel One and I went scratchy climbing in the Park. We heard Alexander’s Chimney was in good shape – a nice, moderate outing, and I haven’t climbed much scratchy stuff since breaking my leg two and a half years ago, so I thought it might be a good time. You know, pull some G’s. (G is for grovel.)

And it was a good time – only, as these Park days often go, Weasel One and I got sidetracked. Kind of like those rumors we whisper when we hear of some ephemeral smear forming up….brings back memories – I love the chase. Of course, at this stage in my life I should know that white crap plastered to rock isn’t good ice, but how can you resist? Look at this and tell me you wouldn’t do the same: 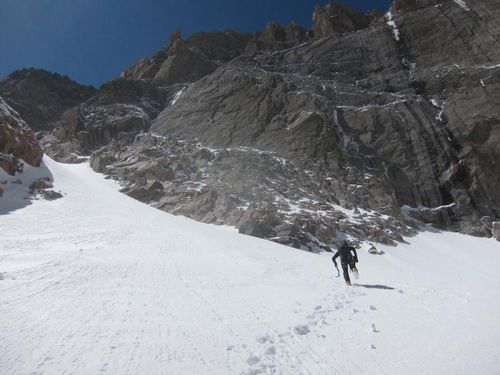 Itchy itchy, scratchy scrappy, sketchy G-climbing makes me happy happy. Odd, I know. Except that I hate scratchy climbing, it sucks and it’s scary, but I’m too stupid to remember that I hate it until it’s too late and I’m already in it, and then I forget about how bad I hated it the last time and so I go back again the next time.

It ain’t easy living with these sorts of limitations. 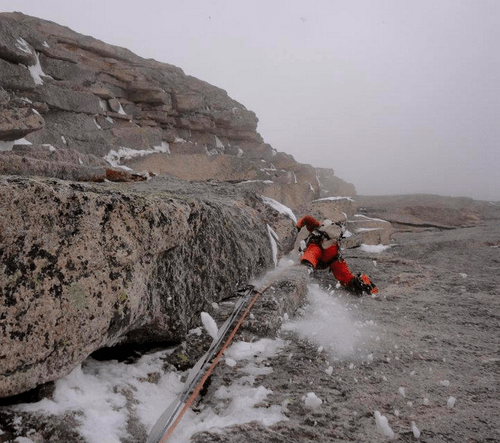 Long day, great day. Except I forgot to mention to my SLF – who didn’t know me before I got runover by a bus a couple years ago, thus is (was) unfamiliar with how things kinda sorta sometimes tend to go – that like, well, a Park day can mean a lot of things. She was coming over for dinner that night. Ooops.

Around sunset – 8:30 p.m., how did that happen? – after multiple pitches of scratching up runout snow-covered junk, I suggested to Weasel One that we start rapping. Said I thought I might be late for dinner. (It’s a few hours out…)

Turns out my SLF got worried – yes, I feel like an irresponsible dillweed – and called CFS, who apparently called Doug, who said “Alexander’s? Yeah, they’d fully be back by now. They probably saw something else. Or someone got hurt.”

CFS, exercising his solidly sound judgment, told my SLF: “They probably saw something else. I’m sure they’re fine.” 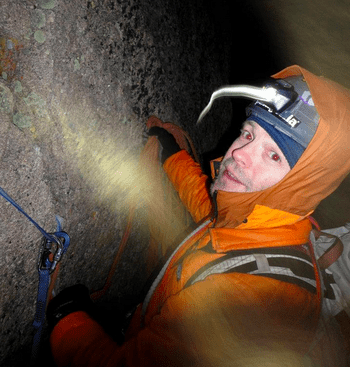 Then he called Tommy, just to check. Later, when I told everyone I was grateful for their concern (I’m fine, by the way), but that I felt kinda bad, Tommy’s wife, Becca, just laughed and admitted that she’s sent people into the park looking for Tommy at least twice before. I got the feeling that this has maybe become a half-party, half-serious concern sort of late-night ritual with guys like us.

Anyway, sometime before one a.m., near the trailhead, as I hobbled down behind Weasel One – the last two hours of downhill absolutely pounded my leg – we saw headlamps and heard: “Kelly?”

And that was that. Laughs, no lectures, good times. It’s damn sure nice to have friends who care. Even if I owe them all a round of margs for making them worry. So, no, Tommy did not pick me up and carry me out in his strong arms. But I know that he would if he had to. 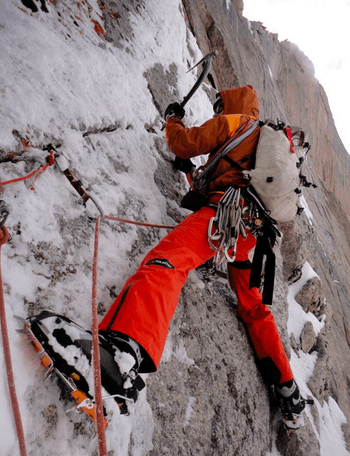 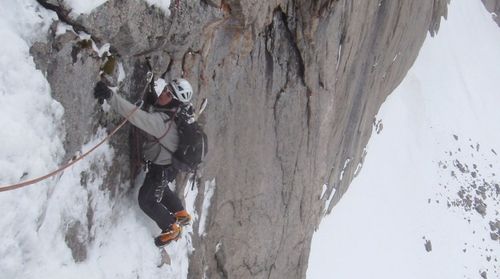 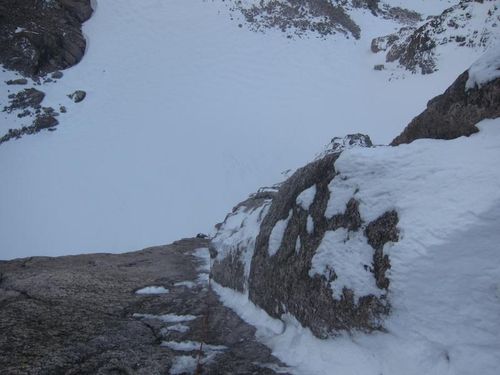 W1 on one of the spicy pitches. It looks like ice, only it isn’t… Photo: Kelly Cordes 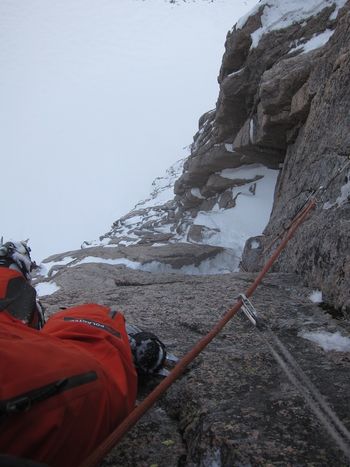