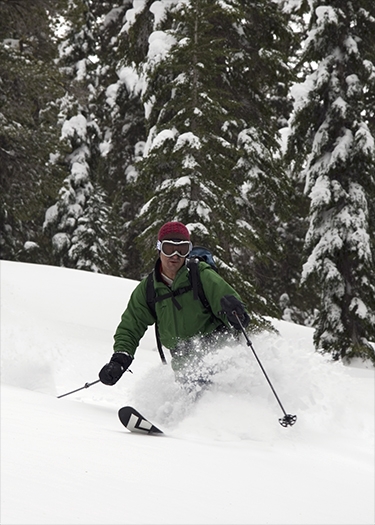 We test our gear on a variety of levels. Our athletes and ambassadorsare responsible for putting the latest designs and fabrics through thepaces before we’ll add a new product to our lineup. But just becausesomething reaches our shelves doesn’t mean testing is over. Once a newitem shows up in our catalogs, our Customer Service staff gets busyground-truthing the latest offerings. They know the questions ourcustomers will be asking, and turn that attention to our gear.
_____________________________________________

January, 1983
A puke green 1974 Chevy LUV pickup pulls over in a wide spot in the road next to Grass Lake on Luther Pass, just southeast of Lake Tahoe in the mountains of eastern California. A moustachioed guy with shaggy brown hair hops out and checks out the slope above him. He’s been driving past this dead-on north-facing slope for the past 2 years and curiosity has finally got the better of him. He laces up a pair of the original black (with yellow laces!) leather Asolo Extremes; slaps skins on his 210 cm long, 58 mm wide Karhu Comps; snaps down the bail on his 3-pin bindings; and heads uphill. He is clad in scratchy polypropylene, a Patagonia Bunting Jacket, stretch ski pants (this is 1983, remember) and knee-high gaiters.  It’s been almost 2 weeks since the last snow but he has to break trail the whole way up. About an hour and a half later he pops up over the final shoulder, takes in the view, eats a granola bar (what else?), removes his skins and heads on down.  To his amazement the snow skied liked it fell the day before, and the slope–which from the bottom looked like it was heavily treed–was actually chock full of steep glades and wide-spaced trees. The skiing was so good that he immediately tells all his ski buddies about it…

[Ken looking better than ever on those fat boards. Photo: Mark Edwards]

January 2008
A black 1994 Toyota Truck pulls over in the exact same spot, this time 2 guys hop out. One now has shorter grey hair and no mustache, the other is a South Shore local of similar vintage, with a lot less hair than he had in 1983. But what they lack in hair, they more than make up for in gear. 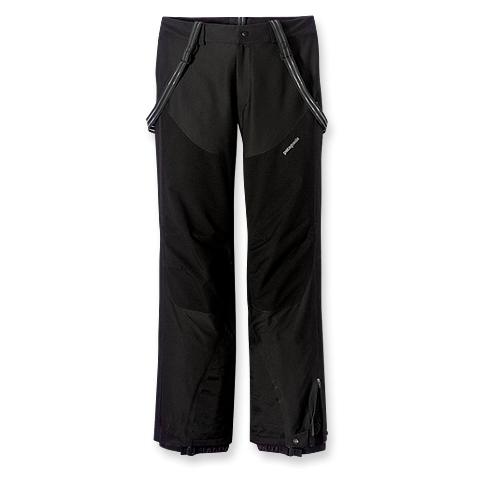 avoided falling apart at the seams (a problem with early first-generation CSS Dimension Pants). He chose these pants over both 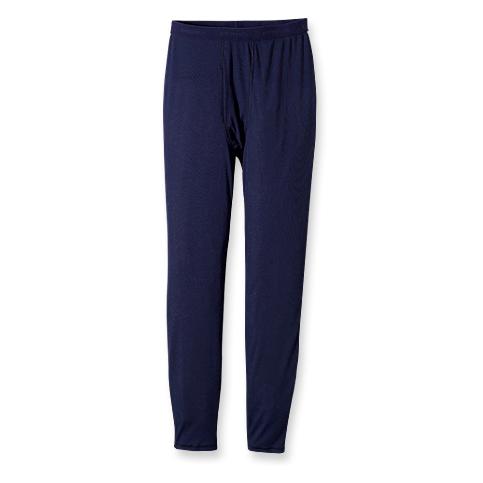 look to all the world like the downhill boots we tele’ers had sworn off back in the day. These skis were mounted with Hammerhead bindings, a cable binding with adjustable pivot points to make them as active or neutral as you like ("Say what?" We might have asked back then). These Black Diamond monsters were clad with wall-to-wall skins that appeared able to climb a frozen waterfall.

Their arrival at about 9:30 AM was not actually a latish start, but calculated to take advantage of the peak’s modern popularity. Unlike 25 years ago with summit visitors numbering in the single digits annually, nowadays those wanting to be first to the summit had better get an early start. On an average powder day, dozens of skiers and snowboarders make the short 1500′ climb. Thus, a 9:30 start practically guarantees that someone else will have already broken trail through the new snow. With impeccable timing, they arrive at the trailhead just as the guy who broke the trail is packing up to go home. This is the first significant tour of the season for these guys and the climb hadn’t gotten any shorter over the years. Despite the broken trail and new gear (or probably because of its weight) it is certainly no faster climbing up the hill. Mark is overheard mumbling something about too many 12-ounce curls on his sailboat last summer. 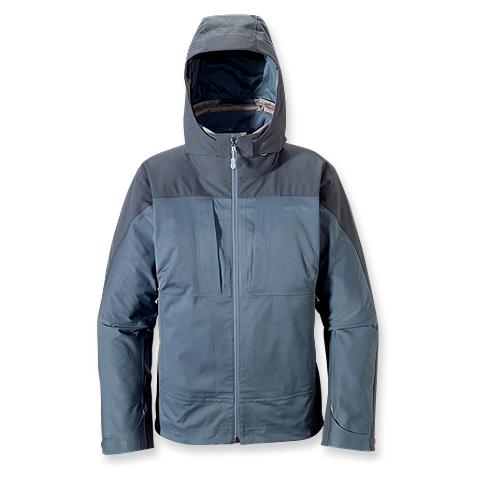 Although I’d need a half and half wool/capilene shirt to be sure, I still think I get sweatier in wool than capilene. So for that pure performance, I still prefer capilene. But the performance is close, and once I got to the top it didn’t take long for the wool to dry out and lose the clammy feeling. It was definitely a bit cooler on top so I took off the Houdini, put on an R2 and broke out the Stash (aka now Light Smoke) jacket and waited for Mark. As Mark and I prepare for the downhill, three other South Shore friends of ours show up as well–a mountain top reunion as it were, and we spend a good bit of time catching up before making our descent. The snow going down is thick and heavy, so most of us switch to alpine turns, but this is the first real powder day of the season for most of us so we aren’t complaining. I’m really liking the performance of the Stash/Light Smoke Jacket; it definitely breathes better than any hard shell and seems just as windproof as well. We had originally planned to make 2 runs but Mark isn’t really feeling it, the snow isn’t that great, and I have a dentist appointment to make, so we called it good and headed back to the truck. 25 years of skiing Waterhouse and still going (somewhat) strong!

[Ed note: Ken’s our resident Gear Guru here at Patagonia’s Reno Customer Service Center. If you’ve called or written with a question about our technical gear, chances are good Ken found the answer for you. If you have questions about the base layers or soft-shells mentioned in this post, please leave your ?? as a comment. Check out Ken’s earlier investigation into "Where Our Wool Comes From."]