We test our gear on a variety of levels. Our athletes and ambassadors are responsible for putting the latest designs and fabrics through the paces before we’ll add a new product to our lineup. But just because something reaches our shelves doesn’t mean testing is over. Once a new item shows up in our catalogs, our Customer Service staff gets busy ground-truthing the latest offerings. They know the questions our customers will be asking, and turn that attention to our gear.

In an effort to branch out and force myself to do something I’d never normally do, I volunteered to fill a vacancy on Patagonia’s team ‘Phatty Patty,’ for the 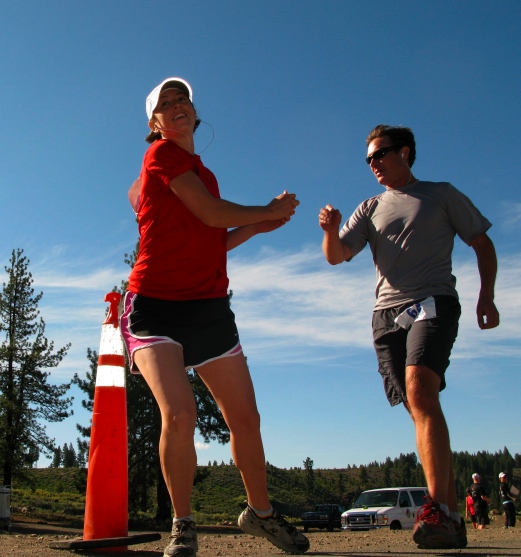 I arrived with the team at Wingfield Park, clad in a Capilene 1

(aka. "Silkweight") top, and since I couldn’t find the shorts I initially wanted to wear, I decided to wear the Women’sSerenity shorts. Because of the cotton content, and the fact that I counted on a hot midday run, I was nervous about how the shorts would perform. They did surprisingly well! At the start line I felt light on my toes, and I knew I’d be able to run for miles in what I was wearing. I was ready and confident.

During my first leg of the race, which meandered through the trees along the road between Boca and Stampede reservoirs, I was comfortable. The drawstring on the Serenity Shorts didn’t pose a problem. I was almost certain I would be pulling my shorts up during the run, but they stayed put. It was hot in the one o’clock sun, but I never felt clammy or sweaty. The breathability of both the Serenity Shorts and the Capilene top was great.

As the sun set the temperatures began to drop, and we were all

desperate to get a little bit of rest before we ran again. We laid our sleeping bags in the grassy meadow just at the bottom of the hill at the Homewood Ski Area parking lot which was the next transition point. I had changed into a Capilene 3 Zip Neck.  Luckily, I had an R1 Flash Pullover conveniently hidden away in my backpack, too. I wore both of them during the down time, and I stayed just the right temperature. With all the hooting and hollering of the running teams as people crossed the transition point, none of us got any quality sleep. We laid in the grass with our eyes closed enjoying the comfort of our sleeping bags, as a family of swarming gnats tried to lull us to sleep with their buzzing lullaby.

We got a phone call after just an hour of our rest and relaxation session letting us know that the second set of six runners in our team were on their way,and it was time to for us to run again. Each one had ran a leg of the race. They showed up to the Homewood parking lot full of energy and with a twelver of CL Smooth in hand. It felt like day two of the race, but it was really only 12 hours in.

The sun set, and the late spring air turned cold. I knew I’d be too warm in the R1 I had layered over the Capilene 3, but I didn’t know if I’d be too cold in just the Cap 3. The first few runners ran with the Houdini on in hopes of being protected from the wind. Even in thirty degree temperatures, the Houdini proved to be too warm when coupled with a long-sleeved baselayer. As my team members heated up, the van drove along with each of them as they simultaneously ran and shed their gear (a talent mastered by Meghan who didn’t falter as she ran full speed and shed her shell while wearing a reflective vest over the jacket as well!).

occasion. I was perfect in the Cap 3 and the

Serenity Shorts which I wore over some silver tights that made a brief appearance last Halloween. Running in the night time is so much more fun when you have the right clothes on! We started from Homewood around 9:30 p.m. and ran on Highway 89 under the stars around Emerald Bay. By 12:30 a.m. I was running with nothing but asphalt ahead of me and a team of five crazy runners behind me making sure I didn’t get mauled by a bear in the dark, dark woods.

While the second half our team completed another six sections of the race, we had a brief one-hour nap from 2-3 a.m in the Jacks Valley Elementary school parking lot in Carson City. By 3, it was time to rise and shine and run again.

"Funkster! Wake up! Get your game face on," yelled Regan from the van to Tammy who was outside laying in a mysteriously peaceful, 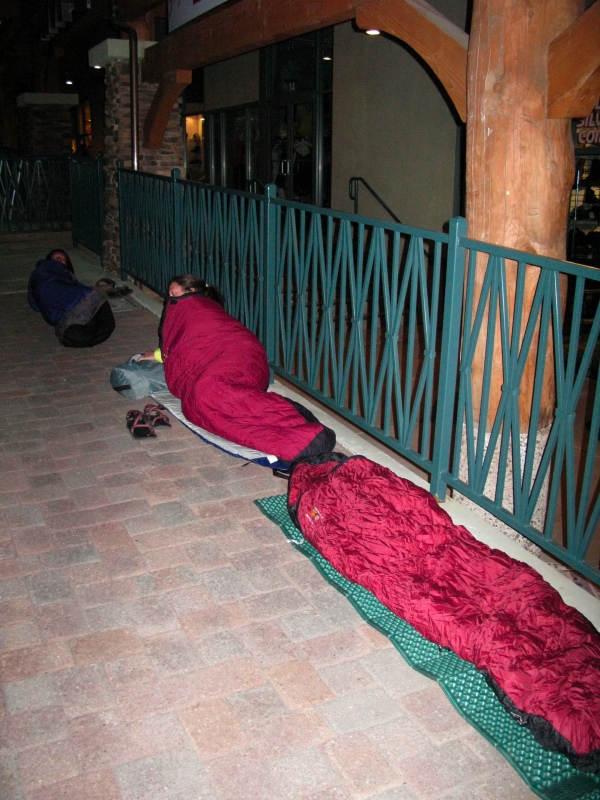 sprawled-out way on the hard sidewalk.

None of us could move, but somehow we made our way down t usher in the second half of our team at the Carson City Wal-Mart parking lot. Between the six of us, we would run from the parking lot, past the prison, out Highway 50 and up Comstock Highway into Virginia City. This was perhaps the most grueling leg our half of the team would run. It was at the end of a twenty-four-hour, sleepless day, and it was a steep climb all the way into Virginia City. Since it was midmorning and the sun was hot, I

changed back into my Capilene Silkweight. Even after being bunched up on the floor of the van, it didn’t smell bad. I made my way up the hill, passed the crazy miner man who threatened to sick his dog on us, and to the transition point in Gold Hill, Nevada. I’m sure the scenery was great, but I ran most of that leg with my eyes closed in sheer discomfort as my legs pushed to the top of the hill. In sincere camaraderie, Andrea and Prescott hopped out of the van and jogged with me the last little bit of the way. Regan, accompanied by a bright-eyed and bushy tailed Robb Wolf on his bike, activated her turbo boosters and picked up at the transition point and jogged the rest of the way into Virginia City. 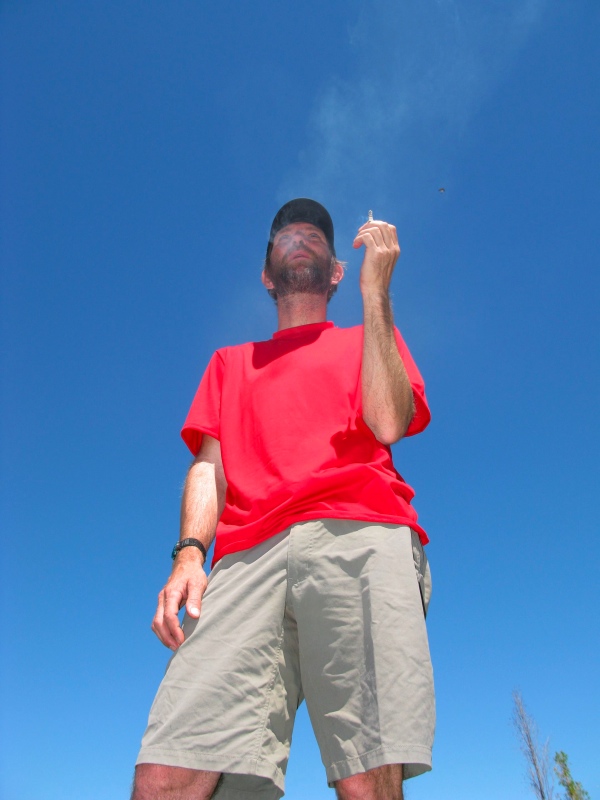 Upon arriving in Virginia City, the first order of business was a double dose of Bloody Marys from the Bucket of Blood saloon (or a smoke, if you’re Shaggy). Second, I took my smellies off and changed into some Mystery Pants. These could possibly be my favorite pants of all time. Despite being bunched up at the bottom of my pack, they came out wrinkle free and ready to party. For tired legs that seek free, unrestricted movement the Mystery Pants are most comfortable. I stood in the midst of the old mining town, and I was happy. I was happy with the way our team actually worked as one. We encouraged each other to be better than we each thought we could be. In life and competition, it is amazing what friendship will motivate a person to accomplish.

The first six runners in our team made the trek back down to Reno in the van. We passed Bryan Jamison, a runner in the second half of our team, during his super-human feat of running a tedious 7.5 miles stretch of road along Damonte Ranch Parkway in South Reno. Our team met up at 3:00 pm at Idlewild park and all crossed the finish line together with Joanie who ran the very last leg of the race. We spent the next hour congratulating each other on our personal achievements before we all went our separate ways. After the long day of running, fun in the sun, and beers I curled up on my couch beneath my cozy Plush Synchilla blanket and dozed off.