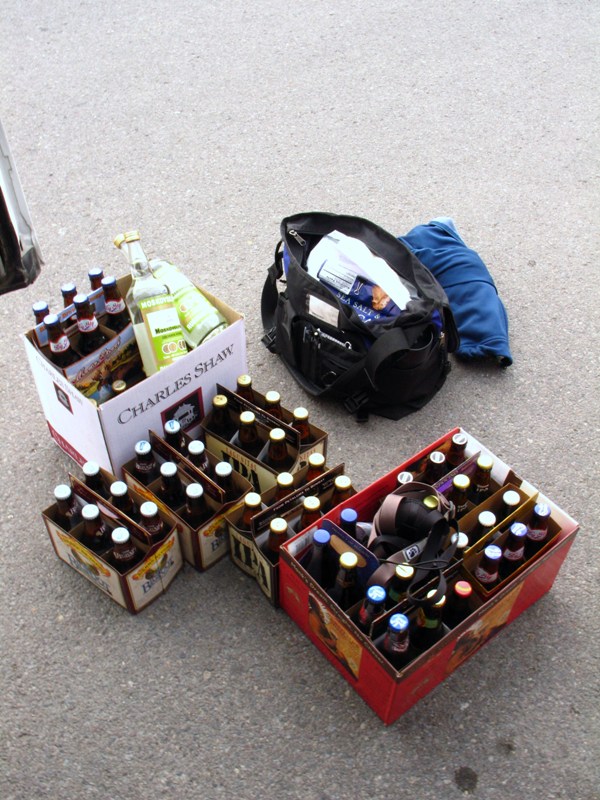 The first thing the reader must understand is that I write this piece with respect, gratitude and with just a twinge of fear that the “powers that pay” will retract the generous day’s wages that allowed me to escape the BLC before the end of the work week on the premise that I’d be “testing gear.” The events of my weekend were so blurred by the 8 hrs of eye-bendingly straight highway that lies between Reno and the Wasatch Mts of Salt Lake & by the disturbing turn of events that brought the curtain down on the weekend, that I hesitate to even put fingers to keys in describing it.  But what the H, here goes . . .

Ed note: This one’s for you, Crater. Photographic proof that you were indeed putting that Tech Web Belt (in photo, on top of the case) through the paces. Photo: Jason Snyder

The plan was not complicated.  We would escape work a bit early on Thursday and make an assault trip into Salt Lake under the cover of darkness. We had a van full of liquor, beer, and four powder seeking hooligans, and we were intending to put a Tahoe style schralping on the Cottonwood Canyons.

Several days of resort snowboarding and a day of backcountry assault was the plan, and we got off to a solid start. After driving the last salty miles across the Bonneville flats, fueled mainly on loud rock n roll music and Trader Joes popcorn, Flesher, Chia, Presco, and myself rolled into SLC around 1:30 am to meet our old friend TJ who had fearlessly offered us the use of his floors and couches. After unwinding with Transformers in 52″ HD, we attempted sleep for a few hours, but Friday morning was upon us before we ever lay down. We were up early, and the taste of the light powder snow that awaited us at Snowbird was on our tongues. Fueled by several espressos apiece and some fine breakfast burritos, we were on the mountain by the crack of noon, but not before we’d buried a dozen beers in the Snowbird parking lot.

As I would all weekend, I was wearing the Light Smoke Flash Jacket of Fall 07 and the Rubicon Pants of the same season. One of my favorite features of this combo (as with most of our ski jackets and pants of the season) is the option to “batten down the hatches” and secure the powder skirt to the rear of the pants. I find this feature to be quite effective at keeping snow out of  my personal space, given, of course, that any offending snow attacks from below. The first run of the day, however found me using this feature to collect snow as I super-manned down the slope for a dozen yards or more, amassing a veritable wad of snow in my chest and belly areas. It was unfortunate, but certainly not the type of thing that slows me down. I’ve super-manned many a steep slope in my day…

Once I’d  emptied myself of my temporary baggage, I examined my chosen shirt combo. The AxuWool Crew coupled over the cool breeze so I didn’t feel overdressed. The Rubicon Pants are burly, yet cozy and they are loaded with pockets and vents. Due to the sunny weather, I needed the vents this weekend. The Capilene 2 Bottoms underneath was a bit of overkill. I was also wearing the Tech Web Belt, which came in handy, not for holding up my pants, but for opening those parking-lot beers. I must mention, though, that the belt isn’t the easiest-to-use beer opener while being worn. I was forced to undo my belt most of the way each time I needed a new beverage. I was thankful that I could open the bottles, but I wish I could have done it without the strip tease.

Now,  dear reader, I can’t possibly recount the whole weekend for you in such detail, but the nuts and bolts of the matter are . . . I wore those same wool layers all weekend, and even with my Indian food, bacon burrito, coffee & beer diet, they came back to Reno a little stiff from sweat, but none too smelly. The Rubicon Pants with vents and variable layers underneath performed admirably for resort riding. And with a little venting, they also worked well for our backcountry adventures. The belt (high-maintenance thing that it is) opened several six pack’s-worth of barley pop and was my favorite accessory by the end of the weekend. And the Light Smoke FlashJacket? Well, it kept me dry and well-ventilated in all conditions. 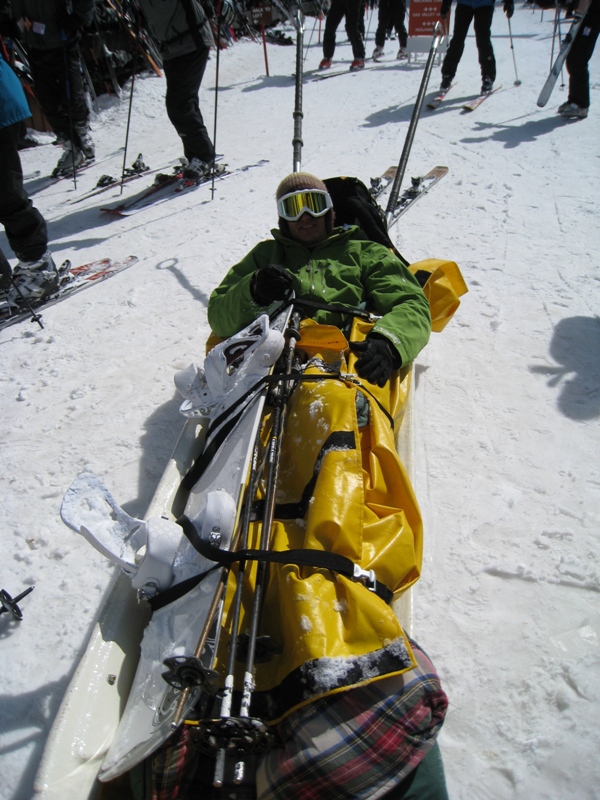 Now, if only we could have returned Chia to the BLC in the same condition he’d left in… Instead I had to witness the evacuation of my comrade on a ski patrol sled, but it must be noted, that Chia nearly convinced ski patrol to call in a heli for the evac…  Now that would’ve been a story!

Photos, top to bottom: Looking into the Kingdom of Snowbird; Enjoying the post-tour buzz with TJ, host-extraordinaire; the gear;  Chia, earning a free trip to the Snowbird clinic. 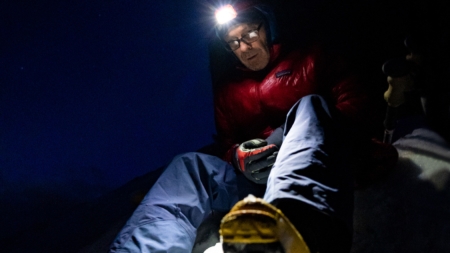 Crash-Test Dummy
Who gets hypothermia on purpose? This guy.
Kelly Cordes
4 min Read 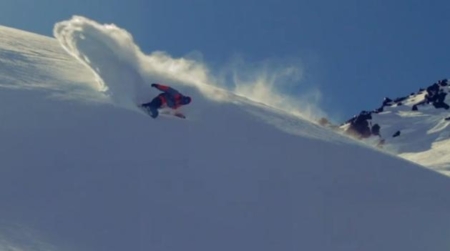 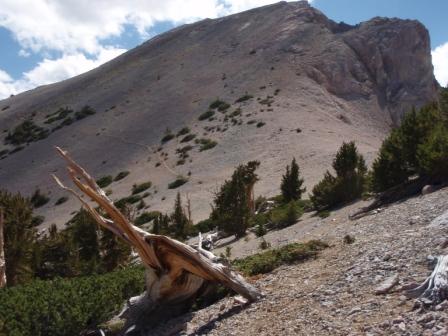 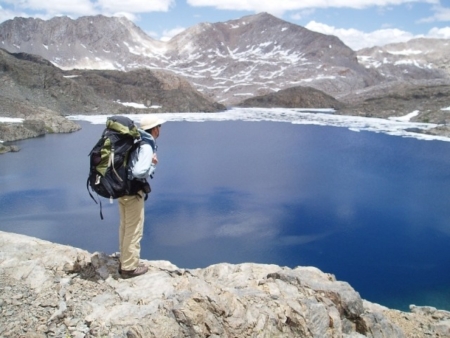 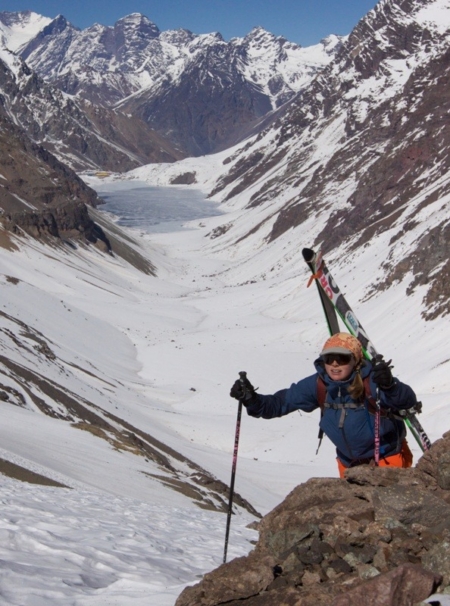 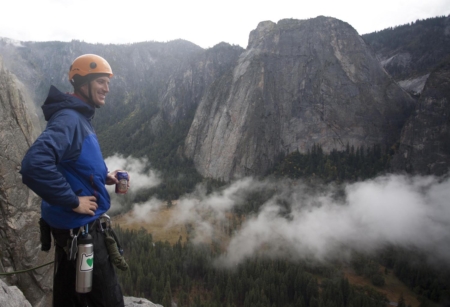 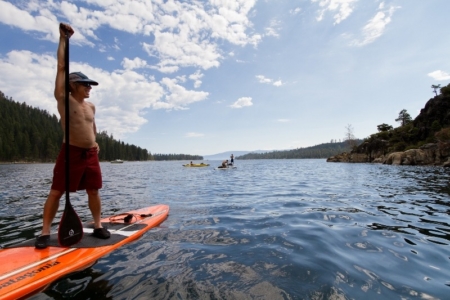 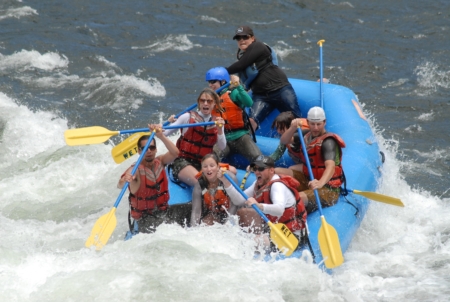