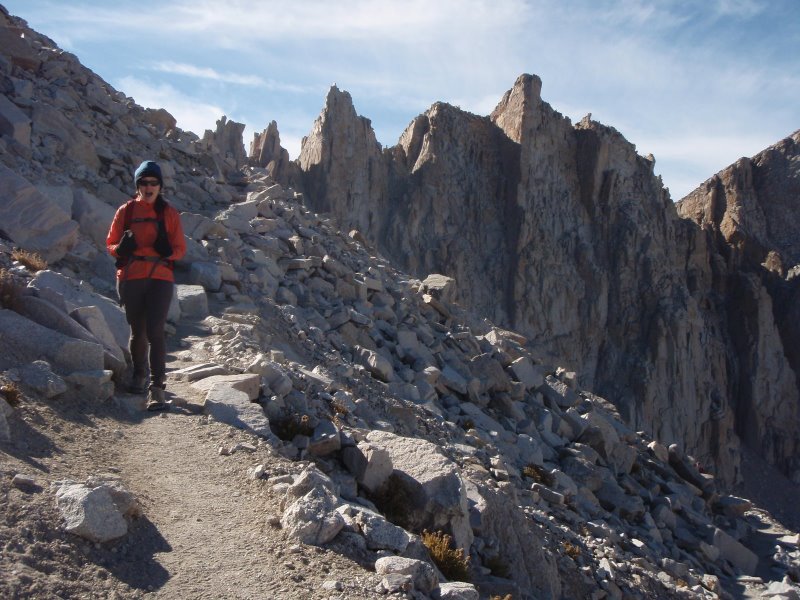 Friends, the time is now to make your voice heard in support of Wilderness. Our previous post focused on the new administration's efforts to pass a landmark piece of legislation. While the Act easily cleared the Senate, a final hurdle remains in the form of tomorrow's House of Representatives vote. Ron Hunter, chief enviro word-spreader for the Patagonia tribe, shares this update:

Love wilderness? Want to see more of it protected? Well, it's time to take action.

The Omnibus Public Lands Management Act represents years (in some cases, decades) of work on various wilderness areas and a number of wild & scenic rivers – and it all comes to a vote this Wednesday, Feb. 11th. This is a big deal.

Please read below for more info and for recommendations on how to make a critical (not to mention quick and easy) call to your representative in support of the Act.

[Dr. Liz showing some enthusiasm for a piece of the wild Sierra Nevada. Passage of the OPLMA includes the Sequoia and Kings Canyon National Parks Wilderness Act, which will permanently protect ~ 85,000 acres in the Sequoia-Kings Canyon National Park, including the park's largest stand of Giant Sequoia and California’s largest cave. Photo: localcrew]

Ask Your Representative to Support the Omnibus Public Land Management Act. This long-awaited and historic Wilderness legislation is on the verge of an important vote in Congress. But the vote may be close.

The measure now heads to the House of Representatives where a vote is expected this Wednesday. The vote could be very close.

And, if the House makes any changes to the legislation, the bill would be sent back to the Senate where it could be stalled for many months. Your Representative in Congress will be a key vote on this very important natural resources protection bill.

Call your member of Congress. Most people know who their Congressman or Congresswoman is but if you do not know your Representative, go to http://www.house.gov/ and enter your zip code. You can also access Members’ office telephone numbers via this webpage. Or, just call the Capitol Switchboard at (202) 224-3121 to be directed to your Representative’s office.

Here are a few things you can say when you call:

As a package, these bills include provisions that would: