We traverse a rare and beautiful band of bullet rock, smooth with long reaches and thirty-foot runouts, the universe dropping away to the valley floor. We’re getting close. Justin continues along the line of weakness, toward the northwest ridge 500 feet below the summit of Mt. Siyeh, Glacier National Park, Montana. For 15 years I had feared this face. Heard its stories, its legends, its reputation as a “death face.” 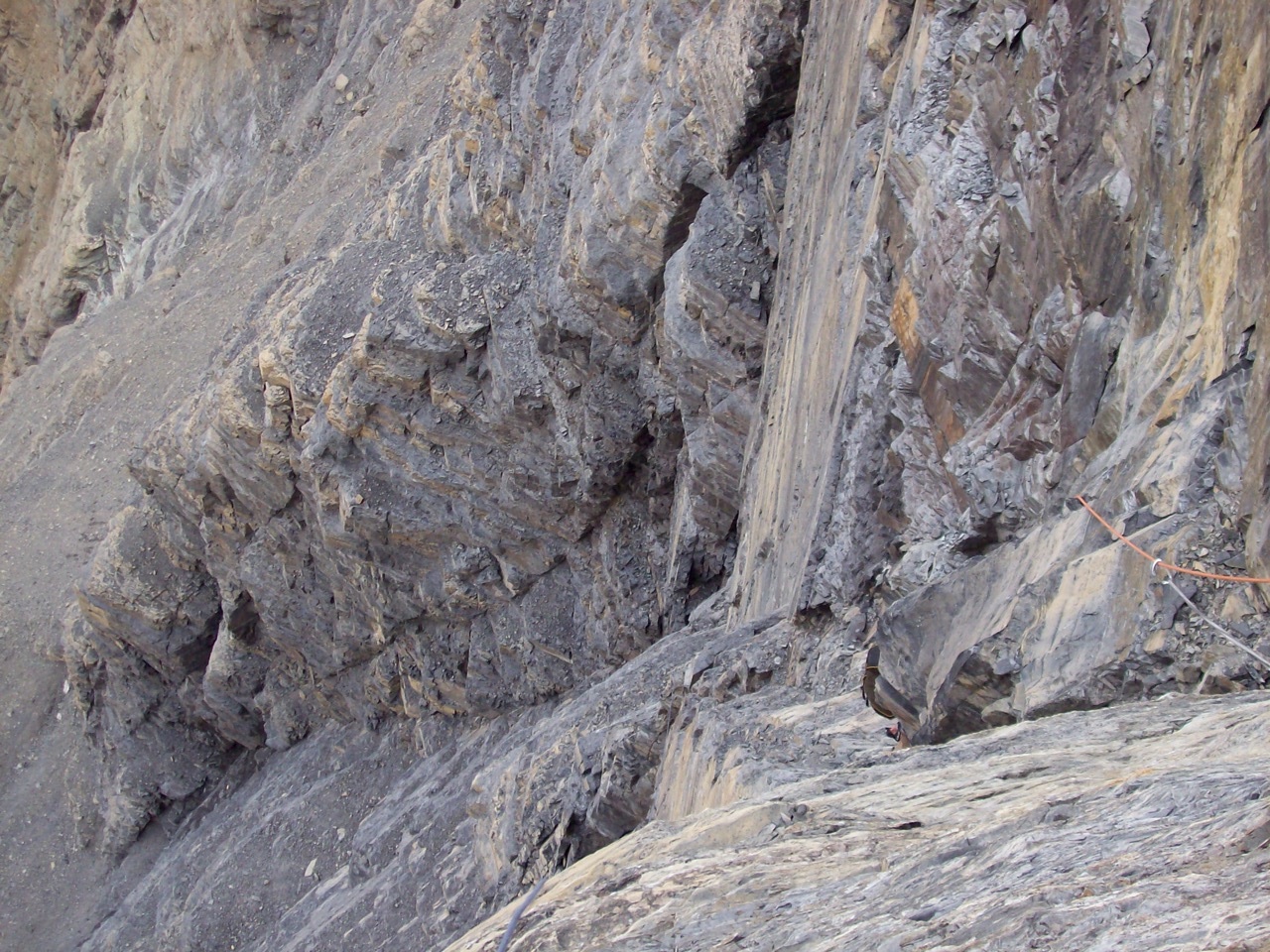 Reputations can be a funny thing. Especially if they shut you down before you even try. To me Siyeh became a 3,500-foot monster that I could never be good enough to climb. Never been climbed in a day, forced bivies bordering on hypothermia, a death face, I heard. I heard. 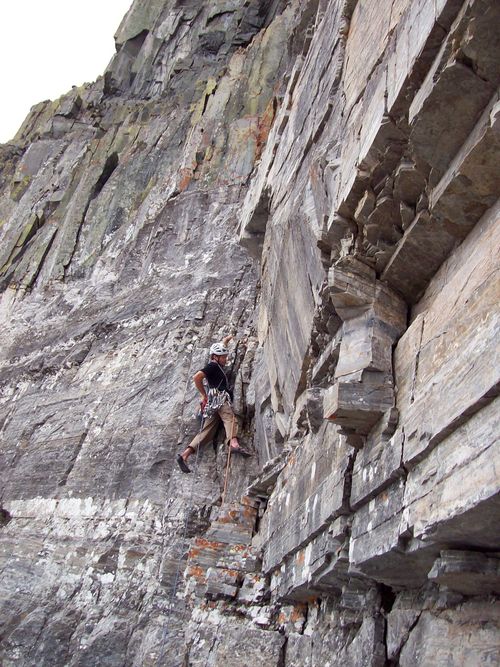 And, sometimes, I have this way of building things up in my head too much. When I moved away from Montana, I thought, Good, whew, now I never have to try Siyeh. Then, in 2008, I happened to be in the area and made plans to climb with my friend Justin Woods, a born-and-raised Montana boy who was one of the three parties to have climbed the face. He confirmed its nightmarish rock quality and added: “Can’t say I’d recommend doing it. But on the other hand, I’ve been thinking of going back. Guess when the memory fades you can talk yourself into just about anything.” 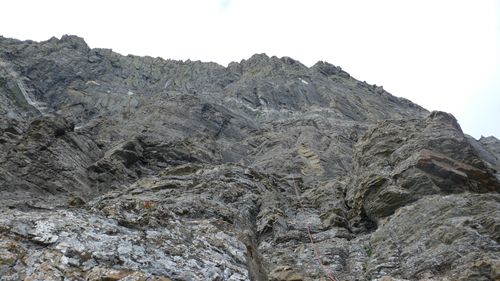 He’s up there somewhere…Justin Woods leading through some of the typical bad rock on the pair’s new route on the north face of Mt. Siyeh, 2008. Photo: Kelly Cordes

Don’t quite know how it happened, but one night we bivied below the face, approached in the dark (it’s good to approach scary objectives in the dark, that way you can’t see what you’re getting into), and started climbing the mostly-crumbling rock, often with plates stacked like shale. Blocks ricocheted below us, into the chorus of natural rockfall in the glacier-carved cirque, as we climbed upward into the chaos on virgin ground – not that there’d be any chalk to follow anyway. I don’t remember having any idea of where we were going. 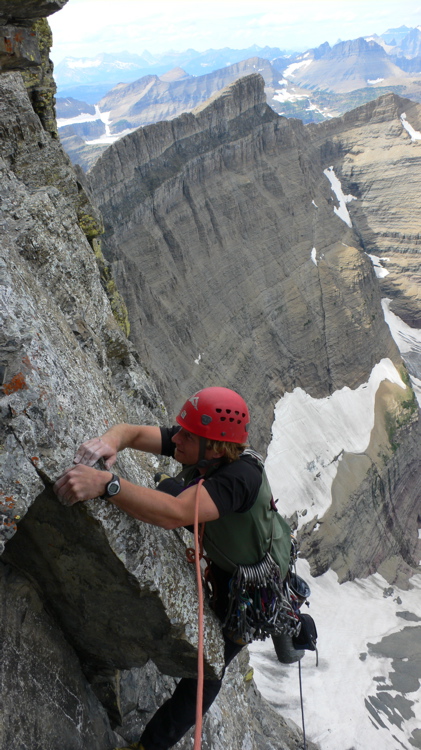 But once we hit that beautiful band of bullet rock and traversed a ledge above, I scurried around a corner and gazed in amazement at the dead-obvious final opening: a ramp, speckled gray and white, that seemed to run forever into the sky. I grabbed the rack and before I know it I’m thirty, sixty, ninety feet out, This is a gift, it’s too good, a crack splitting a perfect face that billows with a sea of jugs; It’s not a good gift if you screw it up – stop, place pro you idiot, no complacency, not here, place two while you’re stopped, only 5.7 and the best rock of the route. Pure joy. 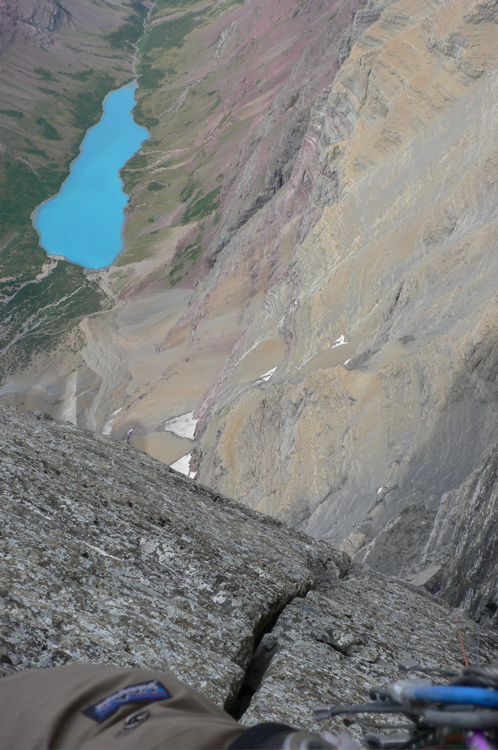 I start to giggle, and then wild hoots escape. I can’t help it. Mountains crumble and grow in every direction. Justin comes up and we unrope and scramble to the summit eleven hours after starting. From the top I chuckle in amazement at how easily it went after all these years. Same old story: Sometimes I build things up in my head too much. But that’s OK, I tell myself. It’s OK.