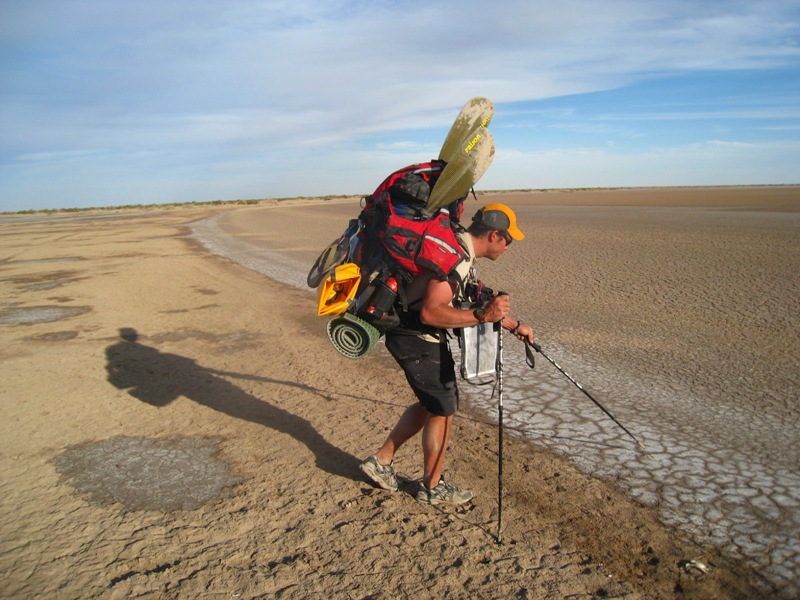 "But along the way I learned how the problem could be fixed and that the delta is far from dead both in terms of people who care about it and the remarkable habitat that still remains." –Jonathan Waterman

When our fall catalog lands in your mailbox, you’ll find an excellent essay on the Colorado River by Jon Waterman, a writer who has devoted himself to the river and everything that depends on it. The Colorado was once a great river but it has been ruined by water greed. You can find out more about the river and Patagonia’s ongoing campaign at Our Common Waters. Here, Jon sends an urgent and eloquent plea to help save the Colorado. Please take action today.

In June 2008, as I began paddling the 1,450-mile long Colorado River, the knowledge that the river had not reached the sea for a decade outraged me. And it wasn’t just because paddling the last 90 miles would be a challenge. It is outrageous because we have shunted our most iconic western river to the greatest desert estuary in North America and not only has this been swept under the rug by our Bureau of Reclamation, but people I met everywhere along my journey from the Rockies toward the Sea of Cortez were largely unaware that the river had run dry.

[Above: Pete McBride portaging toward the sea along the empty river banks. Photo: Jon Waterman]

More than a few times I quoted the Ecclesiastes verse: “All rivers run into the sea,” thinking that this would help move people, make them understand that by God or Nature or the Whimsical Ways of the Planet that mountains should always touch the clouds, oceans lap the shore, birds fly the skies, and rivers hit the sea. And when these things stop happening, that’s when we need to take action and “give a shit.” To elaborate on this choice quote, a Bureau of Reclamation official told me he didn’t “give a shit about a bunch of birds” (360 species to be exact) that live on the delta, therefore, he felt, it was of no consequence to continue sending river water south of the border.

Still, many people whom I met were concerned, and many others shrugged their shoulders because they thought there was nothing that we could do about it. But along the way I learned how the problem could be fixed and that the delta is far from dead both in terms of people who care about it and the remarkable habitat that still remains.

In January 2009, when I finished that long portage to the sea – hampered by an infection in my feet from polluted water at the border, amazed by the amount of bird life and wetlands that have somehow survived – I promised to bide my time and find a way to take action on this issue. The delta, after all, is the most beautiful place on the whole river. 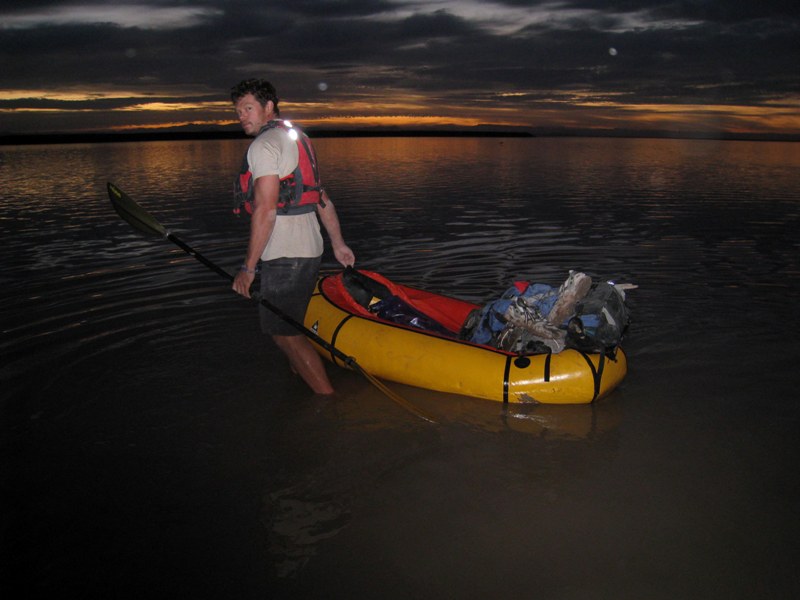 [Pete McBride reaches the Sea of Cortez in his pack raft after several days of portaging. Photo: Jon Waterman] 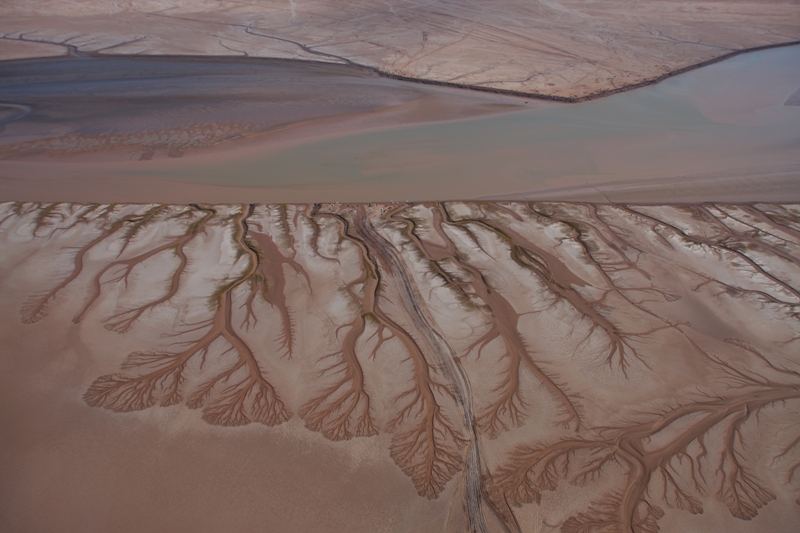 [Where the dried out Colorado River meets the Sea of Cortez (note fishermen
on banks). Photo: Jon Waterman]

Two and a half years later, it’s time. A rewrite of the International Treaty (governing the U.S.-Mexican border) is imminent. Bringing water back into the delta and to the sea is the most important job among the many issues facing the Colorado River. There’s a lot of work to do, but if we can perform this one act, it will show the rest of the world that we care, not only about the river and the Sea of Cortez, but about Mexico and those creatures at risk – vaquita porpoises, totoaba (giant bass), shrimp, and the many birds – south of the border beyond reach of our endangered species law.

Tucson, Arizona’s Sonoran Institute – along with scores of other researchers and conservationists – has been working diligently on the delta in hopes of affecting change. They have been planting trees, involving local communities, monitoring bird life, catching precious water to make wetlands, working to promote tourism, looking for ways to buy water, building marshes to clean waste water effluent flowing into a Colorado River delta tributary, and prompting communication to ensure cooperation between the Mexican and American government – in particular, the International Boundary & Water Commission (IBWC). 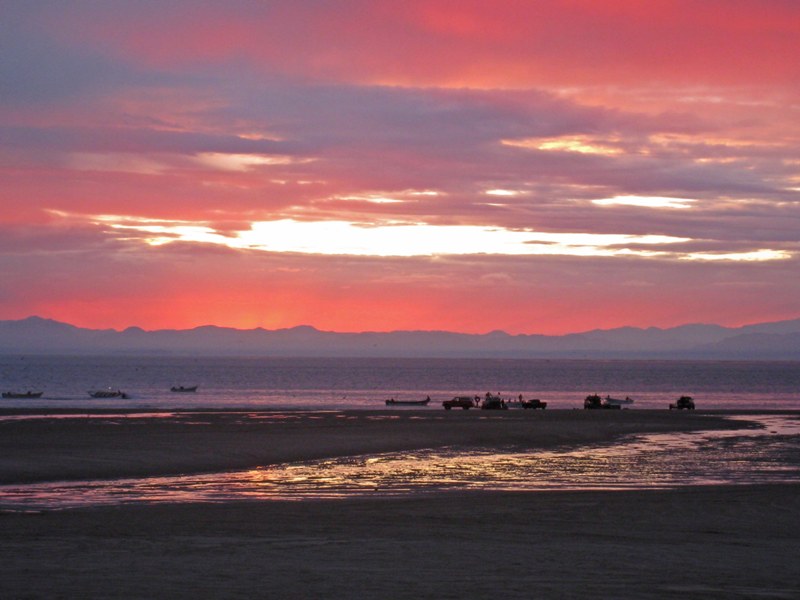 [The shrimp fleet of El Golfo de Santa Clara near the Colorado River
returns with a good catch–because of abnormal rains rather than freshwater
river flows that the shrimp depend upon. Photo: Jon Waterman] 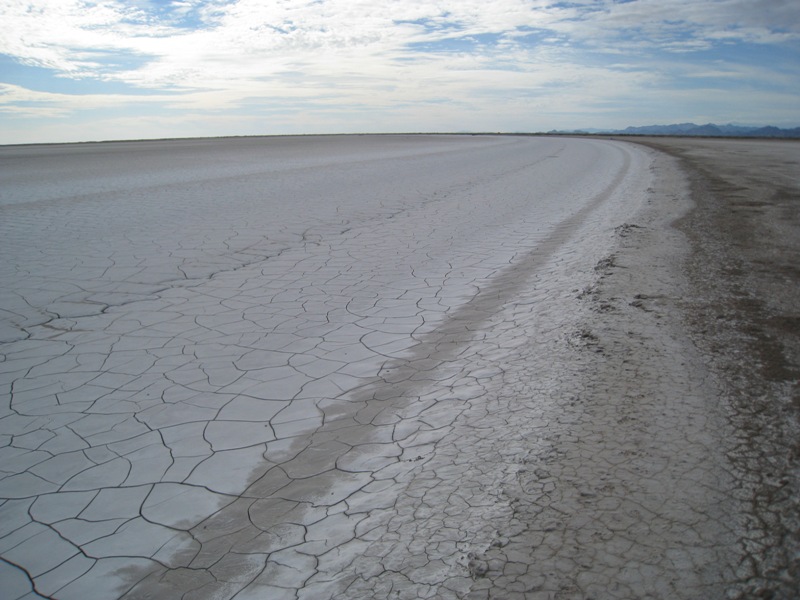 [The end of a great river?  No!  Hope still exists in Sonora, Mexico. Photo: Jon Waterman]

So this is a call to action to save the Colorado River Delta. By signing letters to the commissioners of IBWC and to Interior Secretary Salazar (who oversees the inept Bureau of Reclamation) at the Sonoran Institute website, we have an opportunity to affect change, to show the dam(n) managers that we do in fact give a shit. And someday soon, the next generation of paddlers will have the opportunity, like the river, to run to the sea.

Jonathan Waterman is the author of Running Dry: A Journey from Source to Sea Down the Colorado River and a photo book, The Colorado River: Flowing through Conflict (coauthored with Peter McBride). Supported by the National Geographic Society during these journeys, he is now researching – and paddling – 15 other rivers in the drying southwest in hopes of alerting the public and affecting public policy before these rivers are lost.

This year, Patagonia’s environmental campaign spotlights the need to balance human water consumption with that of animals and plants. Visit Our Common Waters to read, watch and learn more, including Jon's essay, “End of a River?”