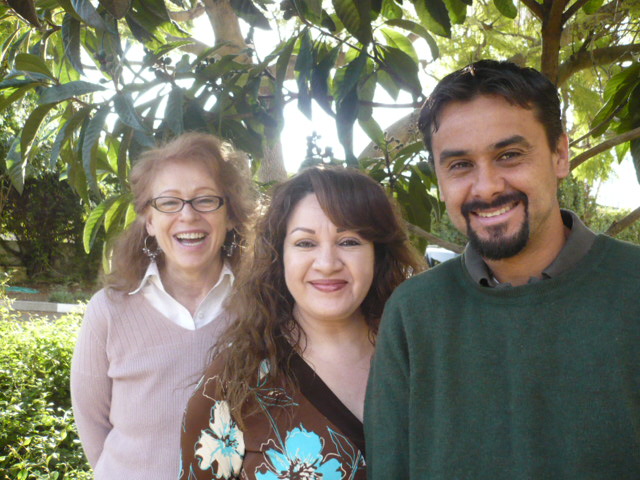 Although it can sometimes bog decisions down, we recently saw the benefits when Patagonia Sourcing Manager Marjorie Leigh asked Contract Manager Oscar Cobian to look into the possibility of importing finished garments from Costa Rica to Ventura by ship instead of plane.

“We have these two big ports nearby, so why not try to use them?” Oscar said.

Following a tip about Port Hueneme in nearby Oxnard, Oscar called and was put in contact with Del Monte. He found out that the company ships bananas from Costa Rica, but that their containers were returning empty. The new possibilities got colleagues interested, and Oscar, Marjorie and Contract Manager Leticia Penaloza all went down to the port to check things out.

“We were all so excited about shipping our stuff on boats used to carry bananas and pineapples,” Oscar said.

That idea eventually fell through, but the idea of finding a new way to do things had already infected the trio and they kept looking for options. In the process, Oscar called some old contacts in LA and found a Japanese shipping company that could ship our finished garments from Costa Rica.

The original route from Costa Rica to Miami was fewer miles than the prospective shipping route to Los Angeles (about 1,100 vs. 2,700 miles), but the trucking from the L.A. port to our distribution center in Reno was far shorter than from Miami (about 525 vs. 3,100 miles), and shipping by ship has less of a carbon footprint than traveling by truck or air.

And as so often happens when someone does something for environmental reasons, the change also turned out to save money. In fiscal year 2009, they found a $66,000 difference in cost using the alternate route.

The savings won Oscar a nomination for one of our Live Simply awards. It has also inspired him and his colleagues to continue looking for other countries to ship from – and Leticia has already found one. At the end of this month, we plan to ship garments from a factory that she works with in Columbia to San Francisco, which could save $70,000 per season, in addition to the lessened footprint.