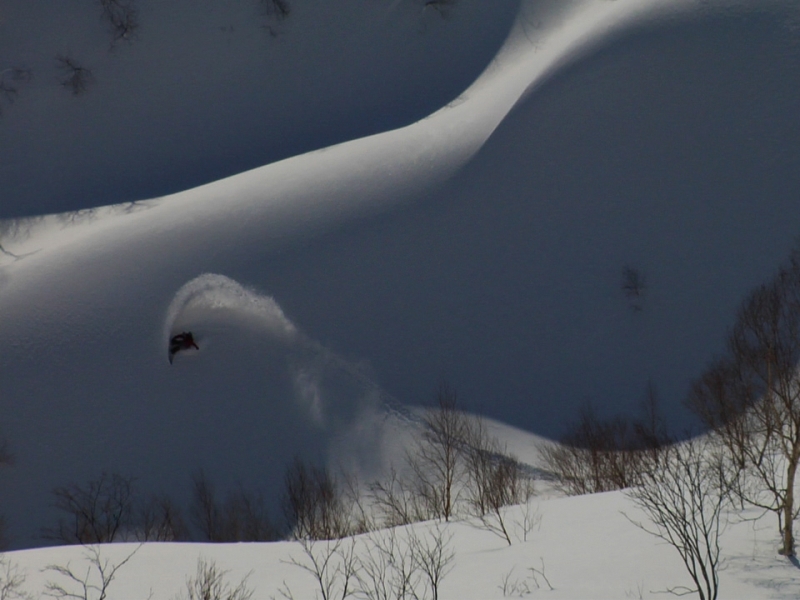 It was a snowy February night as I sat up in my bed staring at pictures of Mary-Kate and Ashley, dreaming of sunnier days. Ben stormed into the room, one hand gripping a microwave pizza, the other running through his golden locks. "Ok man, I've got it. We call the movie Signatures. The seasons, the individual, the snowsurf style, the turn – they're all connected." He handed me a napkin with a treasure map to the hidden temple of McDonald's and a couple notes he'd scratched on our film-to-be.

[Editor's note: Today's post comes from Nick Waggoner of Sweetgrass Productions, director of the beautiful ski film Hand Cut and the soon-to-be-released Signatures. Visit the Sweetgrass blog for more tales from Nick and the crew.]

Hit with divine inspiration, Ben penned the plan at the helm of our late automobile on a six-hour drive back from Tokachidake – central Hokkaido. After buffing out the idea for some four more months, here you have it folks, the title of the new Sweetgrass Productions film: Signatures. At the heart of this lovely tale of deep powder mystery: the seasons.

[Above: Kenichi Miyashita and his cutback art. Photo: Sweetgrass Productions] 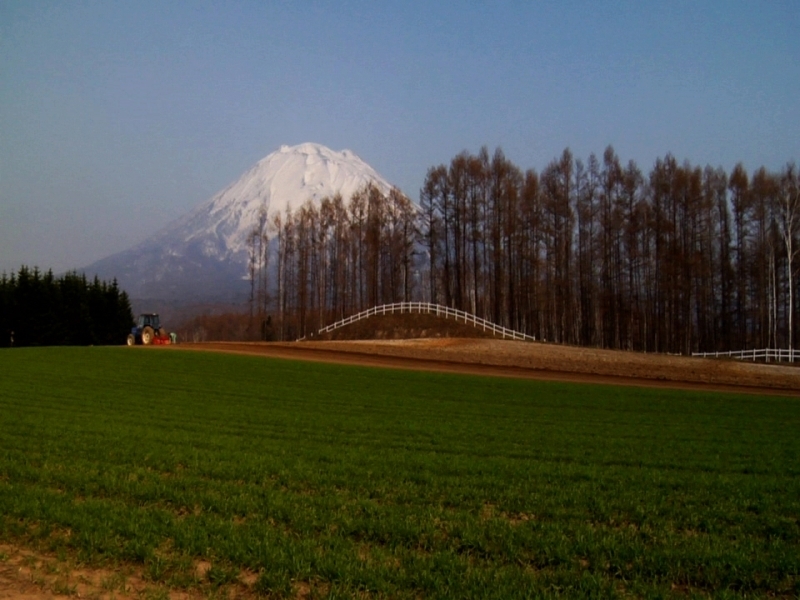 [Under the shadow of Mt. Yotei. Photo: Sweetgrass Productions]

Each rider also has their own influences, whether they grew up racing or skiing bumps, skating, surfing, or dropping the knee in the backcountry. Their style is uniquely their own, and the "brush stroke" they lay down, as Taro refers to it, is their Signature, and the expression of their life leading up to that moment in the turn. That said, here's a taste of what to expect from the coming flick:

Signatures is premiering September 18, 2009 in Montreal at the 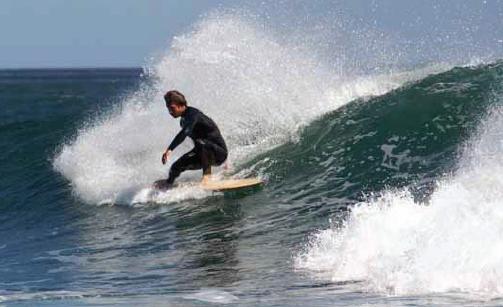